I had a chance to talk to the folks at Sony Online Entertainment about Star Wars: Clone Wars Adventures, an upcoming free-to-play MMO set in the Clone Wars time period of the Star Wars universe. Sony has learned a thing or two about free-to-play, micro-transaction based MMOs and it looks like they are gaining steam with this one.

Checkout my full impressions of this upcoming title, After the Break!
(cont.) The game is aimed at the same audience as the Star Wars: Clone Wars TV show – boys of around 10 to 12 years of age.  It’s made up of various mini-games, ranging from full screen 3D arcade games to even 2D casual games.  There is a port you start in where you can customize your avatar by purchasing some cool outfits or pets.  You can either explore to find each mini-game, or you can just skip right to whichever one you want.  This make it easy for anyone to hop into the game and play for a few minutes to a few hours trying to beat that last score. 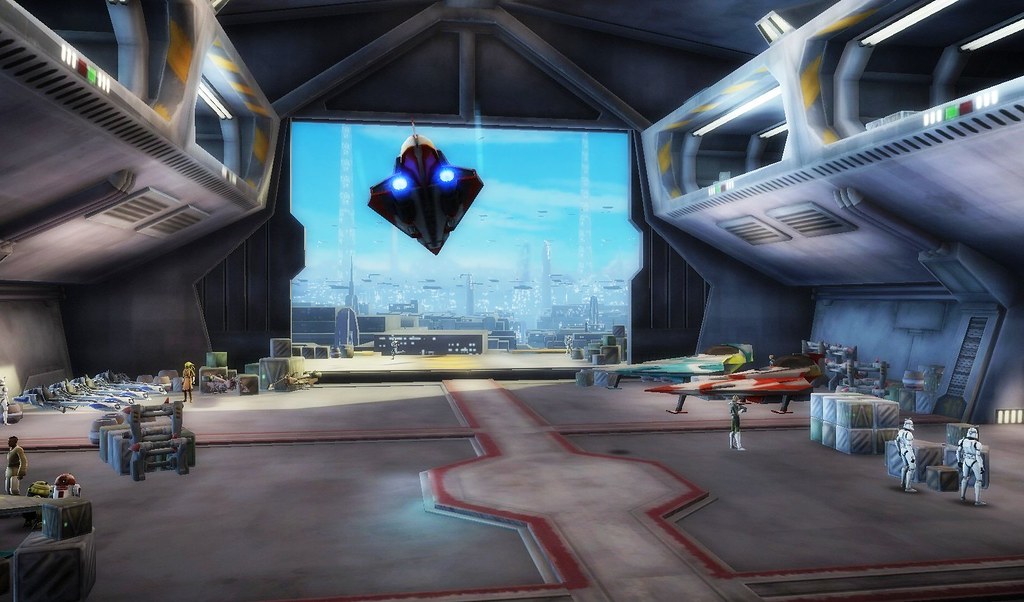 During the demonstration, I was shown the space battle from the beginning of Episode III.  It reminded me of the original Star Wars arcade game (only with full 3D graphics).  Imagine the art direction of the Clone Wars TV show, and you can imagine the graphics.  I was also shown one of many 2D games that were based on popular games we all know and love.  They even have a tower defense game that looked really cool.  One of the main game goals of that mini-game was to collect power-ups like thermal grenades, or even orbital bombardment. 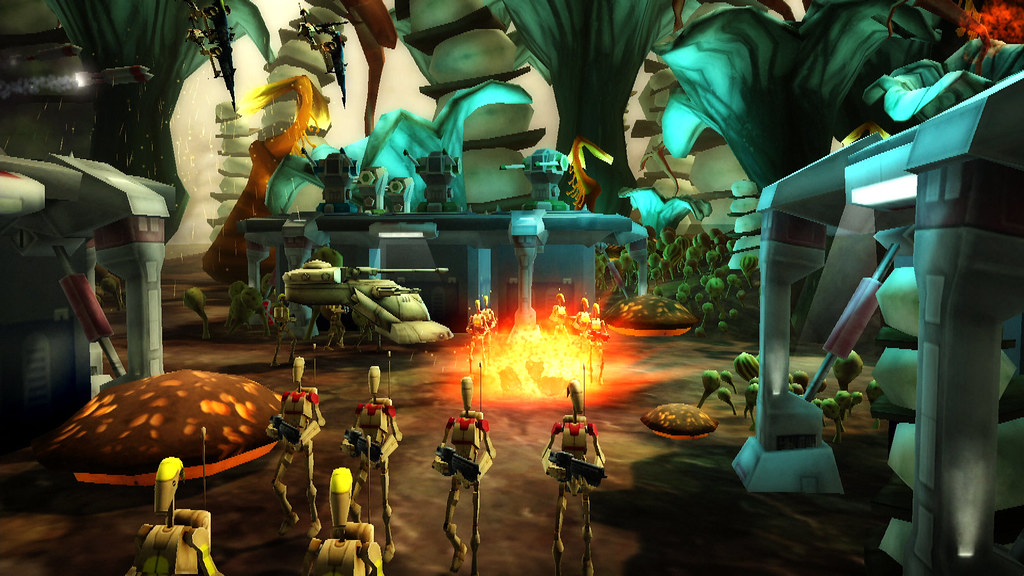 Each of the games takes place in some situation seen in the movies or TV show and was really polished for being a free-to-play title.  Parents, don’t worry, SOE has plenty of parental controls to make sure your kid doesn’t go nuts with your credit card or play the game at all hours of the day or night.  I look forward to sharing this game with my nephews to see what they think of it, maybe we can have them write up a review – put those little whippersnappers to work!

Square Enix is releasing a benchmark tool to test your system making sure you will be ready for their new MMO Final Fantasy XIV. The Final Fantasy XIV Official Benchmark uses actual scenes and characters from the game. 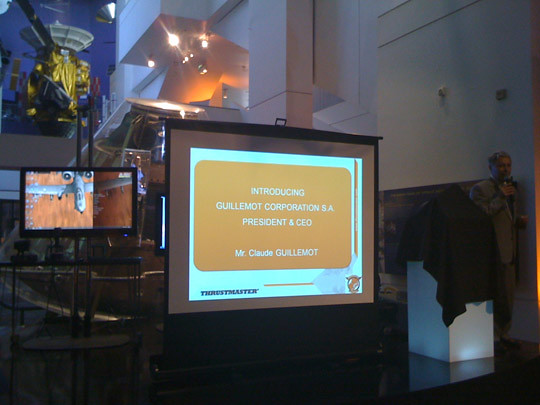 When Thrustmaster asked if we would like to attend the Electronic Entertainment Expo preview event for their upcoming HOTAS Warthog flight control system, we gladly accepted. They sent a limo over to pick us up from the convention center which then took us all to the California Science Center in Los Angeles in Los Angeles. We were greeted by the Thrustmaster press team at the bottom of the stairs in the theater. When entering the presentation area, we were treated to three different simulator setups on a small stage – one was standard PC/monitor desk setup. The other two were actual simulator cockpits from Scsimulations.com.

Checkout the full rundown on the event and the HOTAS Warthog, After the Break!
(cont.) Laid out in the simulators was the incredibly realistic-looking HOTAS Warthog. In case you are wondering, HOTAS stands for Hands On Throttle And Stick – meaning that while flying your virtual aircraft, you should never have to removed your hands from the flight controls. The new HOTAS Warthog is due out in just a few months and promises to provide some serious realism to the home flight simulation experience. The stick was modeled after the genuine A-10C flight control stick. In fact, they had an actual stick from the real aircraft their for comparison purposes. This is in thanks to some really great news for the company – that the HOTAS Warthog has been officially-licensed by the United States Air Force! This means that Thrustmaster had access to the aforementioned real flight controls for data-gathering purposes. However, it should be known that certain accommodations had to be made for the HOTAS Warthog…

For instance, according to Gilles Raulet, the Development Director of Gaming Products at Guillemot (Thrustmaster’s parent company), the real A-10C stick’s trigger has a required squeeze pressure of 22 Newtons. This was apparently too strong for most gamers, so Raulet claimed that Thrustmaster has reduced the required pressure slightly. However, with its all-metal construction, the HOTAS Warthog flight stick still requires higher-than-average pressure to work the various buttons and switches. One of the most impressive things about the stick is new sensor. In the company’s previous HOTAS system, the Cougar, they utilized an older sensor system made up of potentiometers. In the new Warthog, this older system has been replaced by a H.E.A.R.T (HallEffect AccuRate Technology) sensor. This new sensor uses magnetic fields to detect accurate stick location. In fact, the new sensor is so accurate that it has a resolution of 65,536 x 65,536 different locations! It is also possible, though it would be costly, for Thrustmaster to create different flight stick handle designs which could be swapped for the default one on the HOTAS Warthog. For instance, the HOTAS Cougar stick is actually already able to be swapped with the default stick. This opens up the possibility of numerous upgrades without paying for another full HOTAS system. Want an F-15E stick instead? Maybe an F-14D? It is certainly possible – should the F-14D control systems ever move off the ‘classified’ list, that is…

The throttle quadrant features a split-design to accommodate the A-10C’s twin-engine design. Not only that, but several of the switches and rockers found in the real cockpit’s throttle quadrant can also be found on Thrustmaster’s quadrant! The only thing missing from the HOTAS Warthog is a set of rudder pedals – although I must mention that the throttle can be configured to provide yaw control instead. One of the throttle’s best features is the small (almost mobile device-sized) trackball which will change the in-game slew position of the radar cursor or map in game’s like Digital Combat Simulations’ upcoming A-10C simulator title. One new feature not seen on previous Thrustmaster throttle quadrants is a unique push and pull system that requires pilots to move their throttles across specially-raised detentes for idle and afterburner settings.

During the evening, we were not only treated to a presentation on the creation of the HOTAS Warthog, but also demonstrations of formation flying by the ‘Virtual Thunderbirds’ – an online flight sim team which replicates actual Thunderbirds’ stunt shows in DCS’ Lock On – Flaming Cliffs 2. According to several members of the virtual flight team, they primarily use the HOTAS Cougar flight system, although some had apparently already been testing out the HOTAS Warthog for Thrustmaster (lucky ducks!).

I got a chance to try out the HOTAS Warthog for a few minutes in an early build of Digital Combat Simulations upcoming Warthog simulation, DCS: A-10C Warthog. Game producer Matt Wagner was demoing the game for the attendees, showing off the interface between the sim and the HOTAS setup. The dual-throttle was very smooth, as opposed to the recently-released Saitek X-65F’s throttle quadrant, and engaging Thrustmaster’s new pull and push afterburner and idle detentes was easily done. Flying over the coast and then turning back onto the mainland for some nap-of-the-earth flying, the HOTAS Warthog’s flight-stick performed admirably. It has a weighty feeling to it without having the awful pull of potentiometers which can often lead to inaccuracy while laying out fire on-target. We only had  a few minutes with the setup, but it left us craving more.

We are very excited at what could be one of the best flight sim peripherals ever devised. 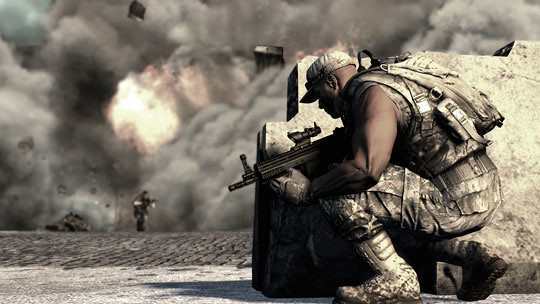 SCEA and Zipper Interactive have released the Electronic Entertainment Expo trailer for their upcoming SOCOM 4 U.S. Navy Seals. SOCOM 4 is due out this fall on the PlayStation 3 platform. 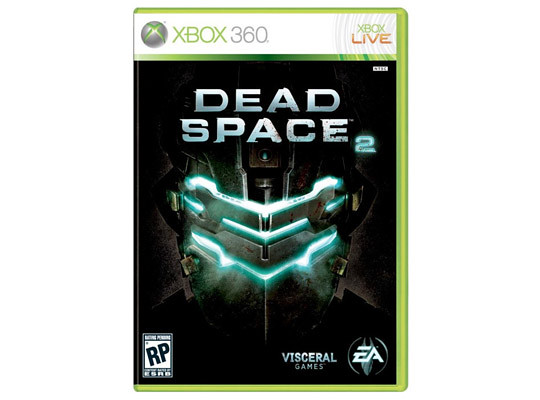 This new footage from Electronic Arts and Visceral Games upcoming survival horror/shooter, Dead Space 2, has just been released for next week’s Electronic Entertainment Expo in Los Angeles. Dead Space 2 is due out next year.

SCEA and Polyphony Digital have released the Electronic Entertainment Expo trailer for their upcoming PS3 racer, Gran Turismo 5. Thought to be vaporware for a long time, it looks as though we are finally beginning to see some real traction on this one, which is due out by the end of this year.

Pirates of the Caribbean: Armada of the Damned E310 Trailer

Disney Interactive and Propaganda Games have released the Electronic Entertainment Expo trailer for their upcoming action-RPG, Pirates of the Caribbean: Armada of the Damned.

Ubisoft has released the official Electronic Entertainment Expo trailer for their upcoming side-scrolling fighter based on the film, Scott Pilgrim vs The World.

Soundtrack for Age of Conan Expansion

Funcom has announced it is releasing the soundtrack for its upcoming expansion to their Age of Conan MMO. Soundtrack CD includes an exclusive in-game item, game trial client and more. The soundtrack includes all music from the expansion, composed, orchestrated and produced by the award-winning composer Knut Avenstroup Haugen.

Lynch of Kane and Lynch 2 Just Left Us A Voicemail 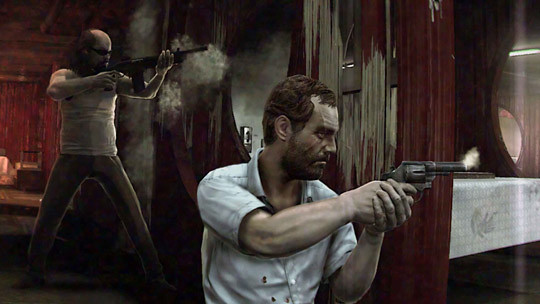 So, I got back to my lair tonight after a good graduation dinner for my lil’ sis and saw I had a voicemail on my iPhone. The voicemail, I discovered, was from Kane and Lynch 2: Dog Days’ Lynch himself. In the message, he stated he needed my help (assuming I was Kane) with a job in Shanghai and ending the message with warm sentiments of how it would be ‘nice’ to see ‘me’ again…. Oh how I love the Electronic Entertainment Expo marketing stuff – Let the games begin!

You can listen to the voicemail message below (wmplayer 11 compatible):

We called the number back but received a robotic ‘Lynch is in Shanghai right now’ message. The message did say we should try our call again later, so we will!