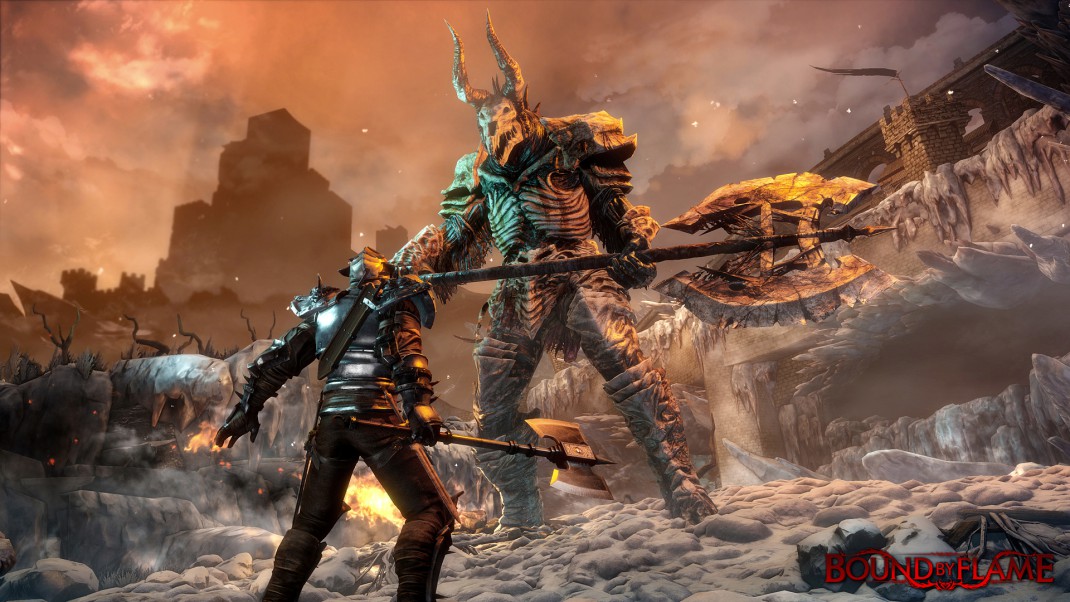 February 14, 2014 — Bound by Flame, the most ambitious RPG to date from Spiders studios due for release on PlayStation®4, PlayStation®3, Xbox 360® and PC in Q2 2014, is revealed today in meticulous detail in a new video! After a thrilling Epic Story Trailer that described the universe and the back story of the title, this trailer focuses on the game mechanics, the hero’s human/demon duality, combat, the bestiary, the “craft” system and much more.

In this overview of the many possibilities Bound by Flame has to offer, we discover the great freedom of action given to the player, where the various decisions and different choices he makes during his quest or his attitude to the other characters will affect his experience in the game and the world around him. The player’s reaction to the flame demon that possesses him and his tendency to reject its influence or allow it to consume his soul to gain more power will also significantly affect his experience during the adventure and exert a strong influence on his relationships with his companions and his approach to combat.

This latest video also uses numerous gameplay sequences to reveal a little more of the spectacular and tactically complex combat in Bound by Flame. The battles will also be the focus of the next Bound by Flame video trailer to be released in the coming weeks!