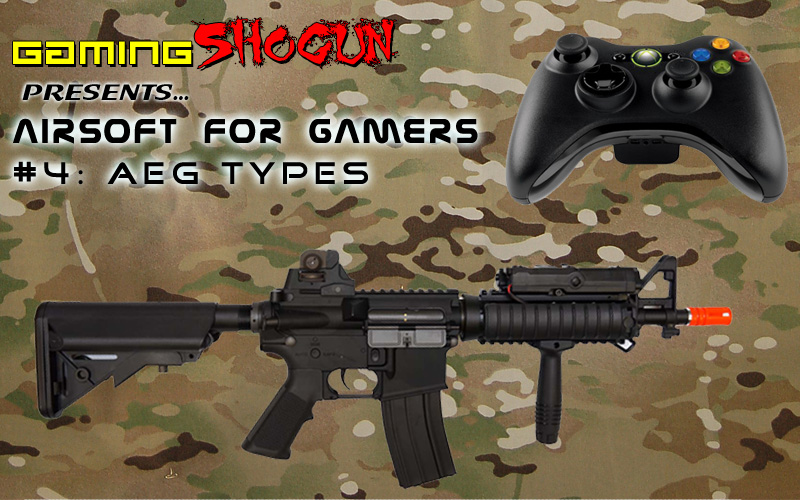 Now that we have laid out HOW an Airsoft Electric Gun works, we can talk about the various categories of them and their uses. Now, a lot of the uses of these guns will not be adhered to in public games simply because there are no teams or dedicated organization planned to how those teams work. However, in an organized Airsoft team, these tactics can provide a much-needed edge over the OPFOR. 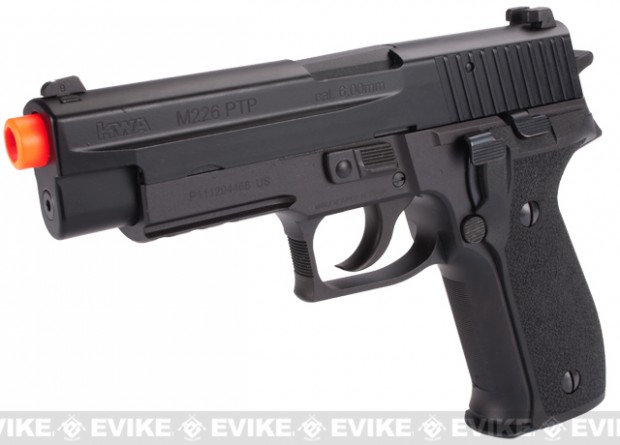 These small weapons are generally powered by gas, although some electric powered pistols are produced. Unfortunately, electric pistols tend to have poor performance when compared to their gas-powered counterparts. Pistols are used as backup weapons in most cases. However, in lower-FPS/CQB fields like TacCity in Fullerton, a pistol could make for a fine primary weapon given enough extra magazines. Because they usually feature a cool “blowback” function (where the slide of the weapon actually moves when fired), pistols are generally a lot of fun to use. Some fields even have “pistol war” games where that’s the only type of gun allowed in play. 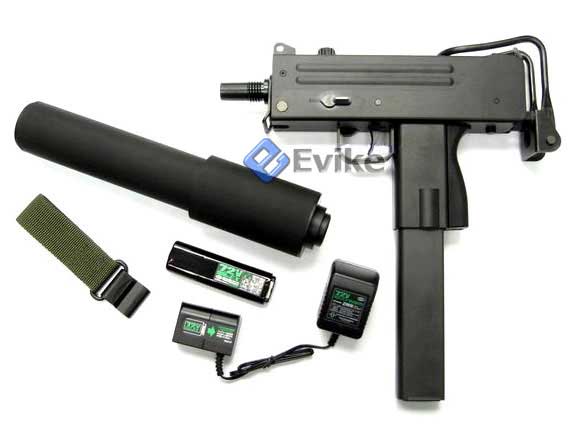 Bridging the gap between pistols and assault rifles are the sub-machine guns or machine pistols. These smaller Airsoft weapons feature fully-automatic fire and can be a great choice in a CQB environment. This is also due to its maneuverability. Sub-machine guns are usually smaller in size than assault rifles and this means they can be more readily moved about in close quarters. Usually, they suffer from a lower magazine capacity than larger weapons.

The bread and butter of the Airsoft Electric Gun family. Assault rifles generally offer greater range and accuracy (thanks to their more developed hop-up systems) as well as higher magazine capacities. “Hop-up”, for those of you who don’t know, is the direction and amount of spin that is placed on a BB before it leaves the barrel. This spin helps keep the BBs accurate and consistent. Assault rifles usually have a more robust hop-up mechanism, so they tend to be more accurate at longer ranges. However, their larger size means that they have a harder time maneuvering in close quarters. 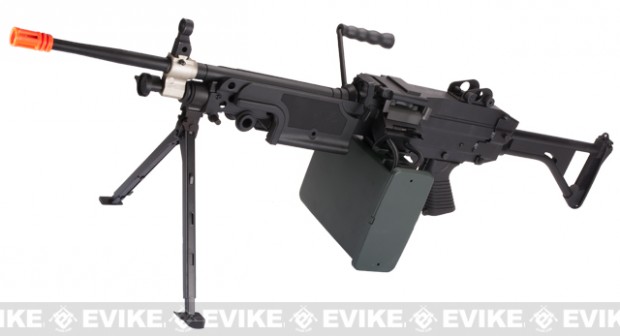 This category of weapon is generally fielded by an Airsoft team’s support gunner or “automatic rifleman”. The support gunner’s job is primarily to lay down suppressive fire (that is, fire that suppresses an enemy from acting), allowing the rest of the team to flank the OPFOR and eliminate them. Well-made support guns are robust, heavy, and made to fire in longer intervals than other weapons. Additionally, most support weapons feature a box or drum magazine with sometimes several thousand BBs in them. A support gunner should not measure his or her performance in enemy “kills” but by enemies suppressed.

This video shows how support gunners are handy in keeping the OPFOR’s heads down:

While most sniper rifles are powered by gas systems, there are some electric ones out there. A sniper’s job is generally to stealthily engage enemies at very long ranges, keeping a “one BB, one kill” mentality. Snipers generally work in teams of two with the second person providing close cover and spotting capabilities while the sniper engages targets. Airsoft sniper rifles tend to mirror their real-world counterparts in function, and most Airsoft fields will allow sniper rifles to “chrono” in at higher FPS ratings than other types of weapons. Additionally, sniper rifles are generally able to field heavier BBs. A heavier BB will slightly reduce the weapon’s FPS rating but will increase accuracy.

Here is a video taken from an Airsoft sniper’s scope:

Notice, we did not mention shotguns in this article. That is because shotguns are gas or spring-powered. To my knowledge, electric shotguns do not exist. Most shotguns only fire one BB per trigger squeeze. However, newer versions are featuring a three BB multi-shot mode which more accurately replicates the conical nature of a shotgun blast.

Thanks so much for reading – Stay-tuned for next week’s Airsoft for Gamers, which will focus on various types of tactical vests! In the meantime, checkout our review of the CAA M4 Carbine and Matrix TF3 Body Armor.