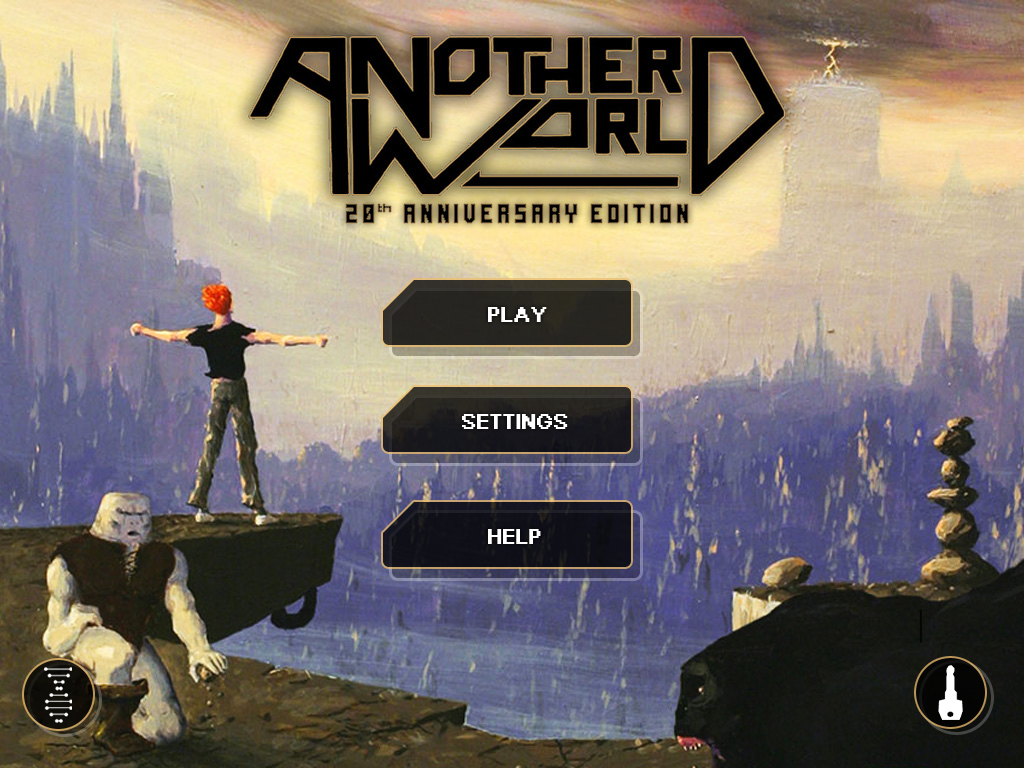 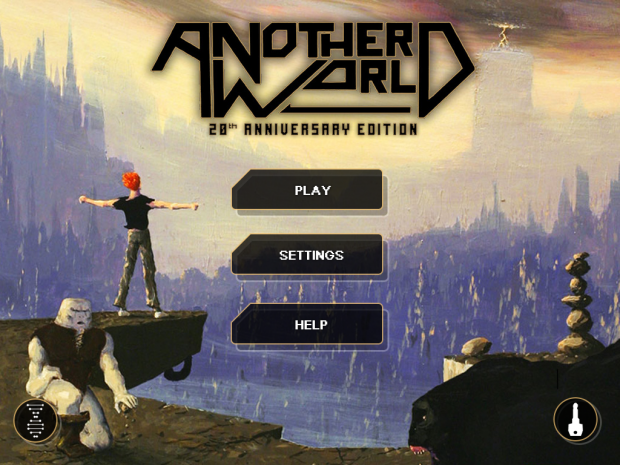 Originally released in 1991 for the Amiga and the Atari ST, Another World (or Out of This World as it was known here in North America) was a brilliant platform game designed by French game designer Eric Chahi.  Ported over to various other consoles a year later, such as the SNES and Sega Genesis, Another World was one of the top reviewed and loved games of 1992, both for its game play and its amazing world that the story takes place in.  Having played the Sega Genesis version over twenty years ago, I can personally attest to how well received this game was and just how well it played.  20 years later, and I am honored to be able to bring you a review for the 20th Anniversary Edition for Another World.

Another World focuses around a young physicist named Lester Knight Chaykin, who has arrived at his laboratory to work on his experiment using a particle accelerator.  During this experiment, a lightning bolt strikes the lab, causing massive interference with Chaykin’s experiment, and causing Chaykin to be teleported to a barren, alien world.

After fending off the hostile life forms on the alien planet, Chaykin is then captured by the large alien humanoids and taken to a prison.  Chaykin is placed in a cage with one of the planet’s inhabitants, and manages to escape and arm himself.  The rest of the game centers on Chaykin and Buddy’s (Chaykin’s new alien friend) escape attempt from the pursuing alien prison guards.

The story for Another World is told without voice overs and with a minimal of text.  In fact, the only text that the player receives is in the prologue before Chaykin arrives at his lab, setting up the story.  Chahi is absolutely brilliant in his use of storytelling devices for Another World.  The player is well aware of what is going on solely based on visual clues and events that are used to move the story forward.  Not giving the aliens a voice that is understandable, nor having any type of text that explains what is going on once you have landed on the alien world, really helps put the player into Chaykin’s position of confusion and ignorance.  20 years have not aged this story at all, it is as engaging as it was when I first played it on the Sega Genesis.

Another World is a platform science fiction game that plays extremely well, regardless of what type of peripheral you use.  I believe that using a game pad to play the game is the absolute best way to get the best controls, but playing Another World on the keyboard still worked well due to the tight controls.  You begin the game completely unarmed, only able to kick or run from the threats that the alien world brings to you.  Once you escape your prison cage, you acquire a laser pistol, which not only shoots aliens but also generates a force field to protect you from incoming shots. 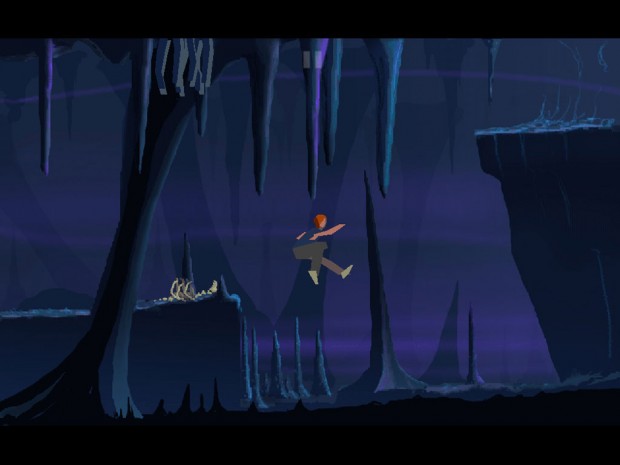 In Another World, there isn’t any type of health meter.  Chaykin cannot take more than one hit from any type of hazard, be it alien laser shot or a flooding tunnel.  You will die, a lot, and in many different ways.  The one flaw that I have always felt that Another World had was it’s trial and error gameplay.  You have no idea what is in the next room, until you enter it and get brutally killed immediately.  You then get to restart from the checkpoint, and try the room again, just to die horribly in the next room.  Another World can be ridiculously short, only measuring twenty five minutes on a perfect speed run, however, the length of the game comes from the massive amounts you will die before figuring out the best way through the game.

There is no HUD, no text, and no clues as to where you need to go next.  Another World offers many different ways to get through the game, with forks that can lead to a different challenge or event.  You can finish the game following one path, then take a different fork in the next game to see new rooms.  This helps increase the replay value of Another World, seeing what was just beyond the staircase that you decided not to take.

As mentioned before, there are no voice overs in Another World.  The closest thing to any type of voice work you received is the aliens’ guttural language sounds.  What you do get, is some of the best music in video game history.  The sound and the music have both been digitally remastered for the 20th Anniversary release.  Jean-Francois Freitas understands how to create a mood by using music which, in this case, became incredibly important since Another World has no dialogue to help create mood or tone.  The music is suitably haunted when the game requires it to be, and much more violent and energetic in other scenes.  For me, the game is even more powerful without the dialogue, like the historic issue #21 of GI Joe named “Silent Interlude”, and entire comic book without one word.  The story must be able to be told in a more creative way when you are not using dialogue.

The visuals for Another World are cleaned up significantly and brought into the high definition age.  The art style is just as it was twenty years ago, which may look dated today in comparison to modern games, but still looks fantastic.  The color palette is very indicative of the era that the game was designed, and has been recognized as art by being one of the first fourteen games inducted into the Museum of Modern Art in New York City.

Another World is a timeless game that really should be played by everyone.  Like classic movies such as Casablanca or Citizen Kane, Another World’s legacy and influence can still be felt in video games that are developed today.  The 20th Anniversary release of Another World has been remastered digitally and brought into the high definition age for this edition, but the original graphics and storytelling have been kept classic.  Like watching Citizen Kane on Blu-ray, updating Another World enough to today’s standards without compromising the original art and sound can be difficult, but the 20th Anniversary edition of Another World does just that.  Do yourself a favor, and pick this game up from Steam for $9.99, it is worth every cent.