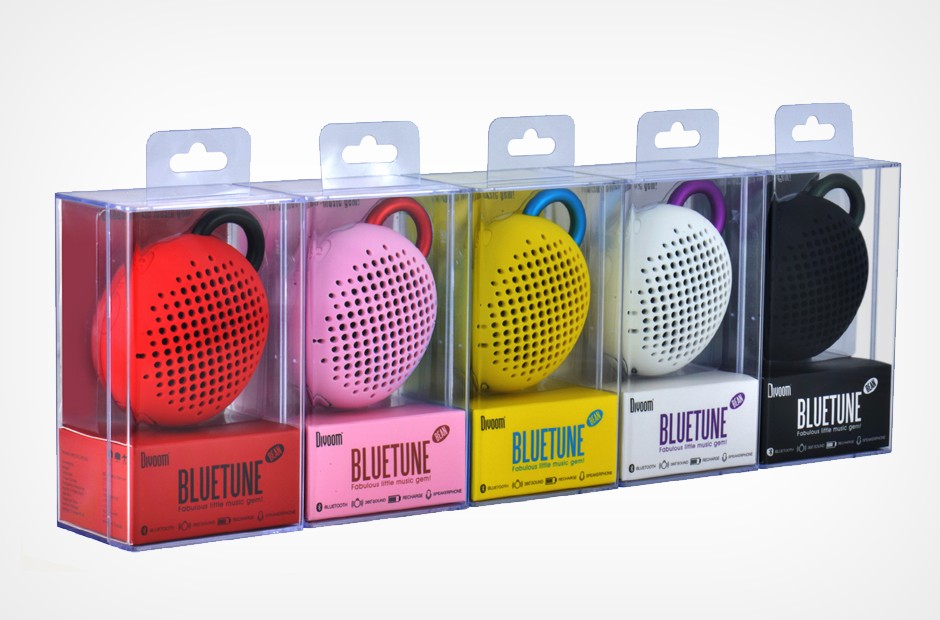 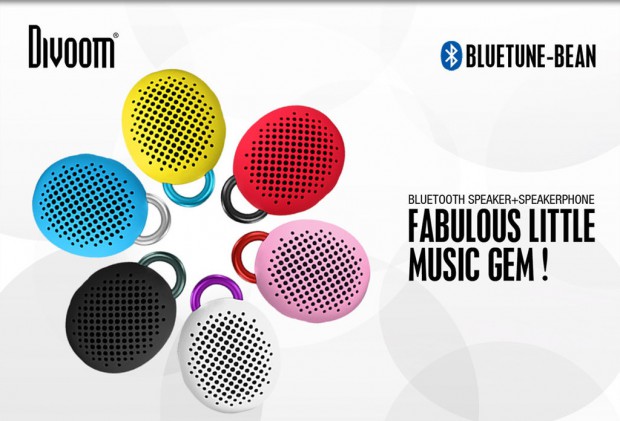 Bluetooth speakers are popping up all over the place these days, so we here at GamingShogun.com are always looking for a speaker that does a little more or has a competitive edge due to shape, quality, or size. When the Divoom Bluetune Bean crossed my desk we had found a little speaker with a lot going for it.

Description:
I think if Jack had heard what the Beans were capable of right away he wouldn’t of hesitated in trading in that old cow for it.  That same magic went into designing and making the extraordinary Bluetune-Bean.  The Bean is meant to go everywhere you go without the need for you to have ample pocket or bag space.  Use the sturdy clip and stick it on your belt loop purse, stroller, anything you can think of.  Enjoy your music in utter convenience with Bluetooth wireless streaming.  We’ve also included a Mic so you can answer your phone calls with the Bean.

It gets said a lot but in this case affordable has truly never sounded so good.  Priced so that anyone can easily enjoy this fantastic little device.

All speakers have built in iON lithium rechargable batteries so you never need to buy batteries.  Listen for hours and recharge in no time!  Connect to your favorite music devices such as: Stereos, Mp3 Players, Ipods, iPad, Phones, Game Systems, TV’s, Computers, Laptops, Electric Guitars, and more! 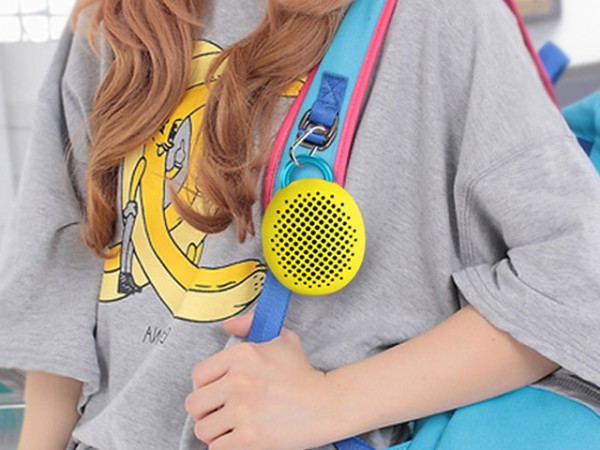 Hands On:
I’ll admit to a little size prejudice when the Bean arrived, because most of my gaming mice are bigger than it. Actually it is almost identical in size to the wireless mouse that I take on trips with me, a tiny thing that would fit in a pocket or in the smallest compartments of a suitcase, tote bag, or backpack. It came with a tiny charging cord, a small metal hoop attached to the top of it, and a ring clip to attach to a bag or something.

One I got it out of the packaging I was able to palm it and its surface had a nice, unpolished rubber finish which continued around the sides that reminded me of a racket ball except it is shaped like a bean (or a mouse).  There are two rubber buttons on one side and a rubber cover protecting it’s charging port giving it a pretty solid protection from dropping and elements feel to it.  It is plain an unassuming, which I found to be a nice key feature to it.

For such an unassuming speaker, the surprise is really in the diversity of uses for it.  If you hold down the on button it will turn on and beep, at that point you take any device that takes bluetooth connection and it will be ready to pair with it.  It took less than 10 seconds to pair it with my phone, less than 15 before I had music playing from the speaker.  After that I found just how useful it was all around the house. 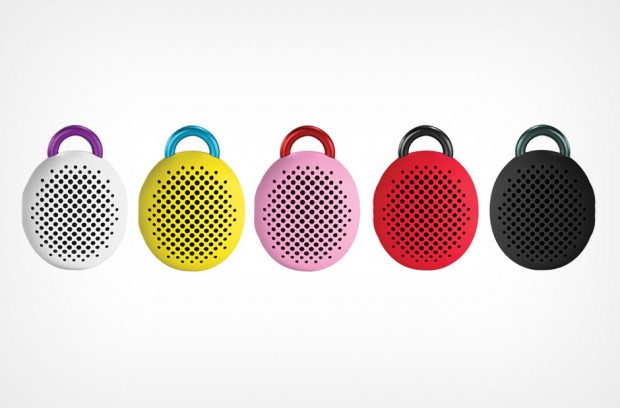 We were going out to dinner when my wife got home from doing some shopping.  I was listening to music from the speaker while getting ready with my phone charging in the bedroom.  My wife called and I pushed the other button on the side of the speaker, the phone one, and it picked up and we started talking hands free through it while I continued getting ready.  Call ended and my music started back up.  I carried the speaker through the house while I got ready.  When we left I put my phone in my pocket and hung the speaker in the car.  If anyone called all I had to do was push the button and be hands-free safe talking while driving.

That was all the uses with just my phone and its music.  The Bluetune Bean is perfect if you just want to leave it in your car for a hands-free device for phone calls or directions at a very affordable price.  It is perfect if you want to leave your phone on the charger and walk around the house listening to music, podcasts, or internet radio.  The limits really are only what devices you connect with.

The sound quality is really good and can be fairly loud without distortion.  There isn’t a whole lot of bass packed into it, if you are trying to rattle your windows with the thumps this might not be for you, otherwise it is. 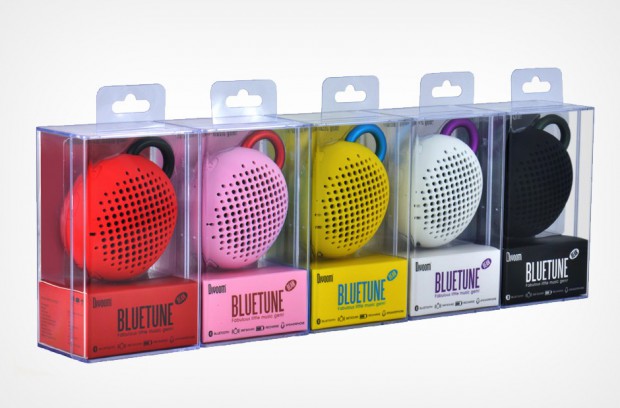 Last Call:
Divoom’s Bluetune Bean Bluetooth Speaker  is a little marvel with big sound pack into a bean smaller than a computer mouse.  It has the extras you would want from a bluetooth speaker and more, with its built-in microphone and telephone interaction this is the perfect hands-free device to hang in your car for taking a call or listening to mapping directions while keeping your eyes and hands on the road.  Its six hour battery life and low price aren’t bad either.