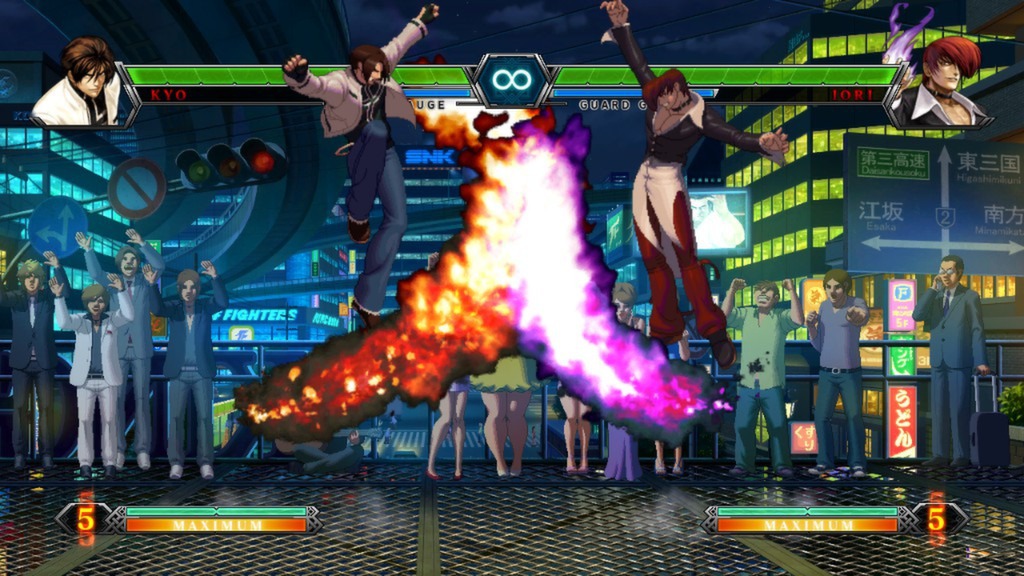 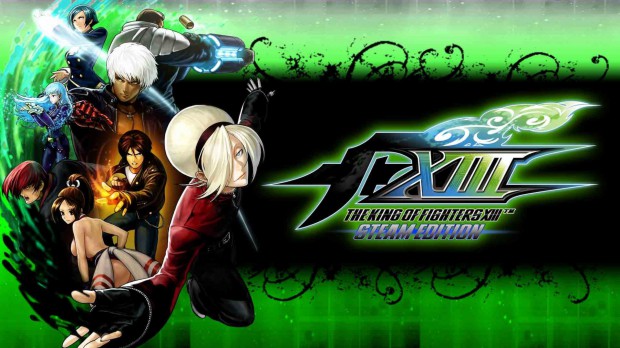 I have been playing fighting games like The King Of Fighters since they were invented – I’m kinda old and I have been a video game junkie since I was six. I have always been above average at them, but never great. I still have fun at them but I have died many a time trying to perform a finishing move I spent hours practicing. I’m great with combos and that has always been my saving grace but special moves I tend to jack up. If our resident expert on these games John Dugan were to challenge me the massacre would be epic and ugly for he is one of those players who master the game in every nuance, where I do the moves I do well until I realize I am toast and become a button masher. Anyone who plays the genre though knows King Of Fighters so I’m going to approach this review from the point of view you know the game, have been playing KOF XIII for a couple years but why you need to get the Steam Edition if you like the game even slightly.

Description:
The King Of Fighters XIII, SNK Playmore’s flagship 2D versus fighting title returns in an ultimate version on Steam!!
The many features exclusive to the console version of the game, such as the Online Mode that allows you to enjoy smooth online versus matches with rivals from around the world, the Tutorial Mode which can be enjoyed by KOF novice players, and the Story Mode which features several exclusive episodes in a Visual Novel format, have been improved are still available in The King Of Fighters XIII Steam Edition!
In addition, “Iori with the Power of Flames”, “NESTS Style Kyo”, and “Mr. Karate” DLC characters are now playable from the start, for a total roster of 36 characters!
The time has come to face rivals worldwide! 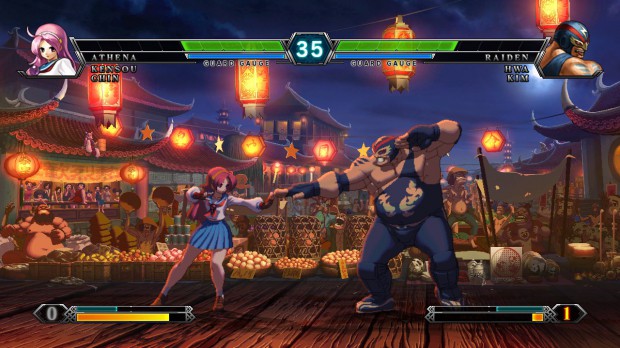 ・STORY：
In this mode, you will experience a variety of background stories not touched upon in the game’s original Arcade Version.  Discover the truth about KOF’s “Ash Saga” and its secrets through the eyes of the main character, Ash Crimson, and other characters who were not directly participating in the tournament.  Your decisions and battle results may lead you to discovering new story elements; try out all the different options and every scene!

・NETWORK:
“The King Of Fighters XIII Steam Edition” now features vastly improved netcode that will provide you with the most comfortable online experience yet!  The new netcode features improved communication speeds between you and your opponent, and also tailors your online experience according to your PC environment!

“The King Of Fighters XIII Steam Edition” features three different types of ONLINE VERSUS Matches, allowing players to challenge other rivals worldwide in endless and intense battles:
‐ “Ranked Match”: fight under specified regulations, and your results will be reflected in the rankings.
– “Player Match”: playing in this mode will not affect your results. You can fight against others casually.
– “Friend Match”: invite online players and challenge them through this mode for heated competition!

・MISSION:
Tackle three different kinds of missions in this mode, and improve your skills!
– “TIME ATTACK”: Defeat all CPU opponents in the shortest time you can.
– “SURVIVAL”: Select a character and fight your way through as many CPU opponents as you can.
– “TRIAL”: In this mode, each character has 10 tasks, which mainly focus on combos.  By the time you complete all 10 tasks, you will have mastered some combos for that character.

・TUTORIAL:
Rose Bernstein, hostess of the tournament, will teach you the basic techniques as well as explain the gauges and their uses.  First time KOF players should start here to get used to the game.

・CUSTOMIZE:
This mode allows you to edit your online profile and change character color palette. You can create a team to use online, add icons collected while playing, or enter a preset message that you want to use in your profile. For each character, you can make up to five custom color patterns. Show off your personality on the worldwide stage!

・OPTION:
A “GRAPHICS OPTION” feature, allowing the players to switch between different frame rates and simplify backgrounds, has been newly added. 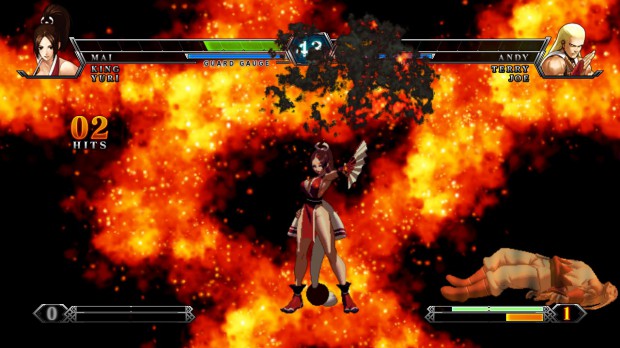 Hands On:
This game has a lot of features, most of which were already in play on the consoles.  The key one to note for fans of the series is the Steam Edition and only the Steam Edition has been given new netcode.  The results are making the painful, often match killing lag that is faced regularly on the console a thing of the past on the PC.  No more crashes whether you are playing someone next door or someone on the other side of the world, netcoding into Steam’s system makes the game feel like it is being played on one console.  This is huge, a giant leap in the game’s improvement that takes it from a game played with friends on the couch to a true world challenge pool.

The gameplay is designed to work with a gamepad controller so it still feels like a console game even though it is on the PC.  I have it set up on my laptop which means in the many airports I will be visiting during the Halloween season I can play this game anywhere, anytime.  Add to this the ability to adjust graphics that the PC offers and this game just makes better sense on Steam than a console.

With the addition of the three DLC characters being available at launch the game’s roster is a staggering 36 characters, that is liable to keep you busy for quite a while.  The tutorial is excellent for teaching new or returning players the ropes again so they feel at least a bit more comfortable jumping into play with global opponents and the game even has an interesting story.

Last Call:
KOF XIII has been around a while and has a fan following on the console but the smart player will make the shift to the Steam Edition if they can.  The netcode and graphic’s adjustment are game changers and takes it’s online play from routinely frustrating to beautifully smooth.  If you are a fan of fighting games this is a must play, if you are a fan of the series I should have had you at “new netcode.”
[easyreview title=”The King Of Fighters XIII Steam Edition Review Score” cat1title=”Overall Score (out of 5)” cat1detail=”” cat1rating=”4″ ]
[button target=”_blank” style=”” link=”https://gamingshogun.com/gamingshogun-rating-system/”]Learn About Our Rating System[/button]