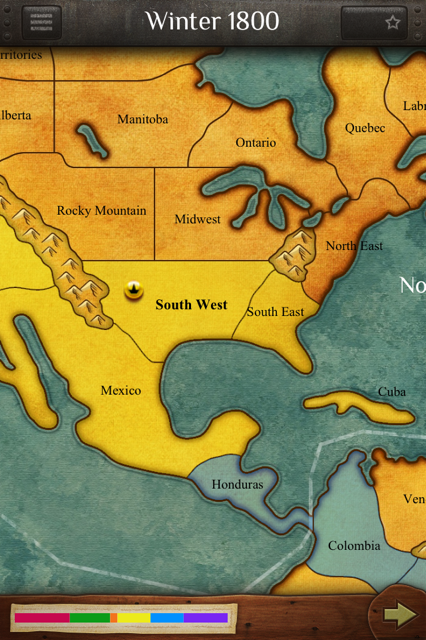 Empires II: What Would You Risk For World Conquest? Review (iOS)

I remember back when I used to work a job with split shifts a bunch of us would get together and take over an empty room in the building and set up a Risk board and play for days straight before and between shifts.  We took it seriously and played it out to the bitter end which is why it would take days to complete.  It was so much fun that players who got knocked out on the first day would keep coming back to see how the game played out and they were usually the first people to say they were ready for another game.  Good strategy games bring out that enthusiasm in people, even in these days of everything being quick and easy players will commit to a long strategic battle game if it is done well.  Empires II: What Would You Risk For World Conquest? gives players an updated version of Risk with enough fun changes to keep players coming back for another multi-hour match.

Description:
Awaken your instincts and conquer the world! Develop a war strategy, determine a country’s strengths and weaknesses, fortify your lands and dominate!  From the moment you select your country of origin, every decision becomes strategic.  How will you spend your budget?  How will you secure your borders?  Will you defeat the enemy or team up to take over the world?  In a game of tactics, play as one of 9 regions and wage war against 165 countries.  Venture around the large-scale map, sail across oceans and battle your way through victory and defeat.
“He who knows when he can fight and when he cannot, will be victorious.”-Sun Tzu
The goal is world domination, and the struggle for power has never been more fun.

Features:
– Attack enemy countries, and transfer and strengthen your armies and armada in phased-based warfare.
– Support for two game-play maps, one with 8 regions and 77 countries for a faster game and an advanced strategy map with 7 regions and 130 countries.
– Track the progress and spy on opponents with easily accessible in-game data.
– Earn an extensive list of victories in a detailed battle report.
– Fast, stunning, challenging, and immensely satisfying game play.
– Visually stunning map of the world includes realistic mountain ranges, oceans and natural barriers.
– Challenge up to 6 real-world multiplayer opponents or fight against the game itself.
– Use the strategy of RISK with the added ability to buy ships and cross oceans! 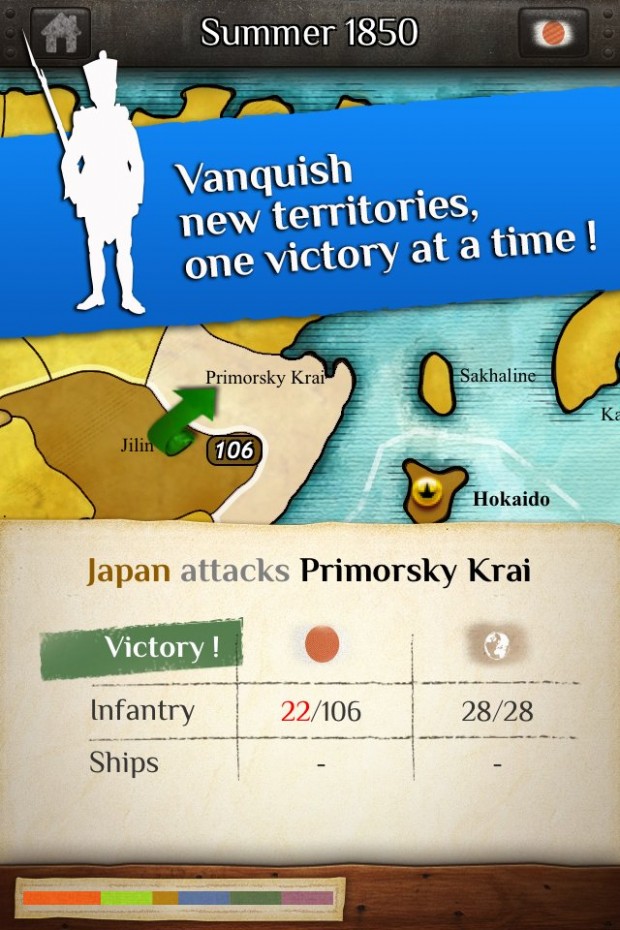 Hands On:
At first it looks a lot like Risk which is nice, familiarity with the layout lets you feel comfortable about jumping in.  The key differences and things that should be considered right from the beginning are terrain and water accessibility of the countries in the region you select.  You can’t cross mountains so that would decide natural defenses and obstacles for your gameplay.  The other part, water accessibility, is a new take on the Risk style gameplay that makes up a huge factor in your entire strategy.  For example let’s say you choose to play North America as your region.  In a traditional Risk style game there would be three areas of entry into the region where you would amass giant forces for defense while having slimmer, selective defensive points behind these borders.  In Empires II there is only one land to land entry at South America, all other sections of the region except the land locked Mid West have water borders.  At first this makes you feel secure after taking the region until Japan suddenly takes the South West section of the region with a gigantic force brought by their navy.  Then you realize that any country with ships can land on any of your borders because everywhere but the Mid West has water access, you need to create a great line of defense around the whole region.

If you consider this instead of just diving in the game without reading up on it (like I did the first time) this can actually be used to your advantage because ships are a separate cost from armies, you can block off land advancements then work on creating a defensive perimeter around the region because it takes longer to build up seafaring forces meaning a smaller standing force can hold them for a period of time.

Another well thought out change is that armies and ships can only be raised at a capital on the map.  This means that unlike when in Risk you could put troop buildups on any occupied lands in Empires II you have to move new forces either one country at a time or by water to a water accessible country/section.  This enables you to think ahead and actually lay siege to sections of the map by using larger forces to cut off any supply lines as well as target regions that would be difficult to counter strike due to distance and accessibility of the empire’s capital.  The changes made to the game may seem rather simple on paper but they hugely impact gameplay.

Add to all this the technological advances of the iOS platform which allows you to play the game solo, co-op, pass and play, multiplay online, earn achievements, and connect to social media and you get the very most from your experience. 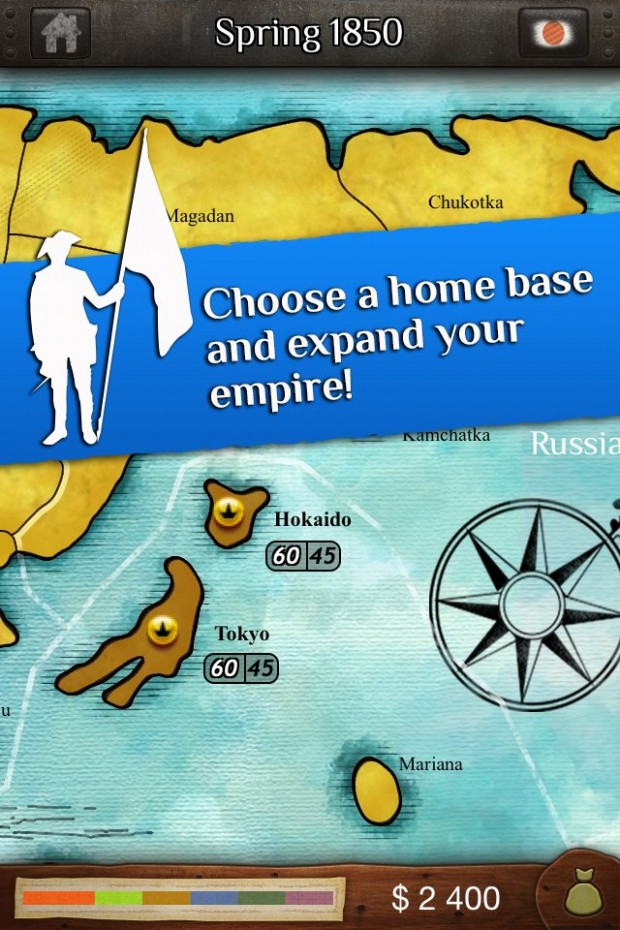 Last Call:
Empires II: What Would You Risk for World Conquest? is a smarter version of Risk for the modern gamer.  It is easy to pick up and play when standing in lines, waiting for appointments or a movie to start while at the same time encouraging you to think strategically ahead several moves and react to a solid AI or formidable opponent sitting next to you or half the world away.  Probably one of craziest things about Empires II is it is only $.99 which means you are getting an incredible amount of gameplay for your buck. In this case, literally a buck.
[easyreview title=”Empires II: WHat Would You Risk For World Conquest? Review Score” cat1title=”Overall Score (out of 5)” cat1detail=”” cat1rating=”4″ ]