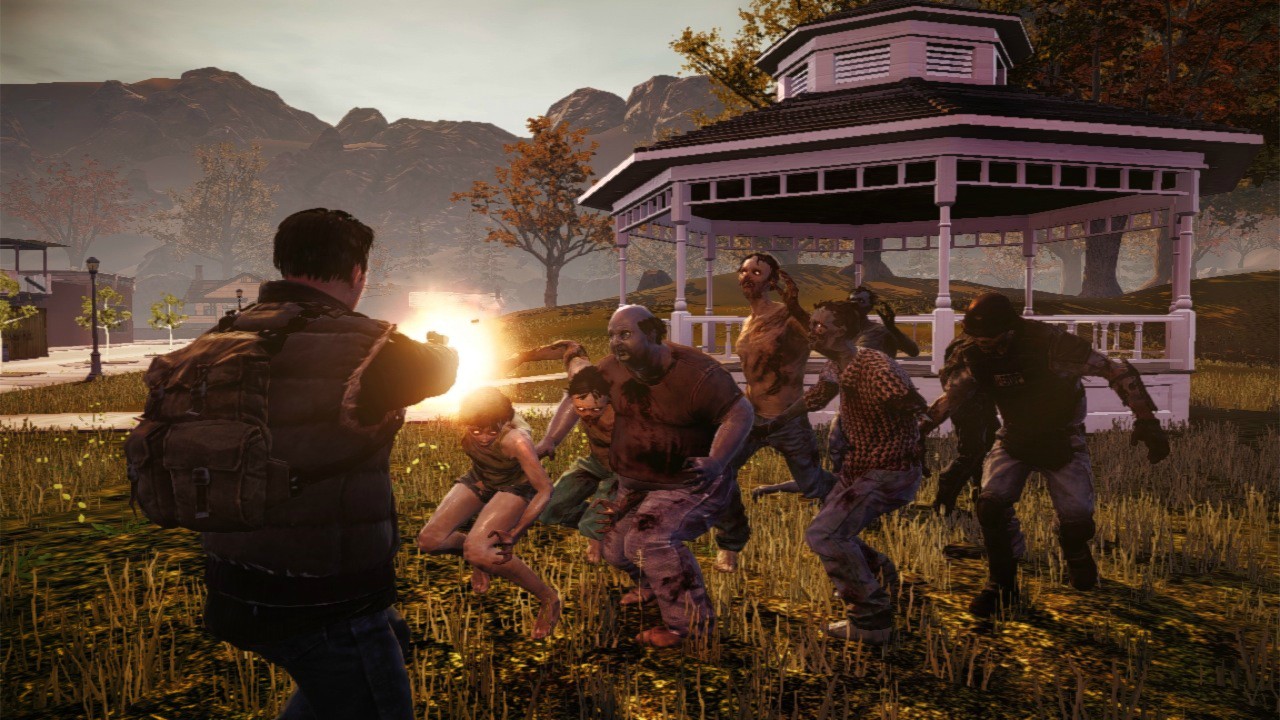 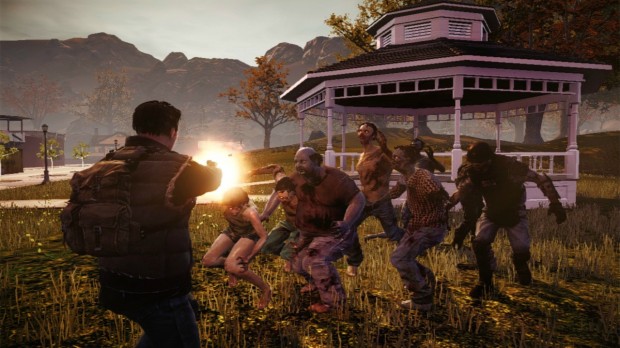 A feral zombie had been sighted near my base camp. A series of choices open up in front of me; Take a car or head out on foot? Machete or shotgun? Stock up on painkillers or travel light in case I find prize loot? Every option must be carefully weighed, lest I find myself unprepared should my car attract a horde or my weapon break at the least opportune moment. This is the balancing act that State of Decay walks masterfully.

State of Decay, premiere effort of newcomers Undead Labs, offers a different gaming take on the zombie apocalypse. Yes, we’ve had zombie games come before. Left 4 Dead got our adrenaline pumping with its run and gun blood fest. Dead Rising gave us a playground of insanity in which to wear cheerleader outfits and wield electrified chainsaws. The Walking Dead wrought tears as we risked it all to protect Clementine in one of 2012’s best gaming story lines. None of these, however brilliant they are in their own light, has come close to evoking the terror of barely surviving to see the next day of undead hell in the way that State of Decay presents.

Before I go any further, let me make this perfectly clear: BUY. THIS. GAME.

State of Decay packs more ambition than any game I can think of in recent memory and by and large it pulls it off. If there’s one secret to State of Decay, it’s this: State of Decay is an RPG. Microsoft Studios certainly has been burying the lead there, with a trailer that sets it up as more of GTA: Zombies. Make no mistake, there is definitely a right way and a wrong way to play this game. Choosing your favorite gun and setting out on the open road to be a one man slaying machine? Enjoy not having any fun at all. State of Decay is about the choices that come with the risk and reward inherent in every single decision you make, and boldly going forward as a one man army is about the worst decision you can make in this game.

Everything in this game has its pros and cons, the likes of which lead to a very interesting emergent storytelling. The loud stopping power of a gunshot versus getting in close with a silent melee weapon or risking the noise of driving a car versus the vulnerable stealth of moving on foot, everything is a careful choice to be made. Sure, Fallout and your Mass Effect present a series of options leading to a choose-your-own-adventure style of storytelling, but the Mass Effect and Fallout games have never made me consider things like packing for my trip. If I have to travel across the map to an unexplored area I might do things like pack extra health, bring a gun, or choose a quieter car. The last thing I want to do is try to find supplies if I get overwhelmed, have a weapon break on me, or attract a horde of zombies with the loud rumble of a truck, especially being miles away from any safe zones. 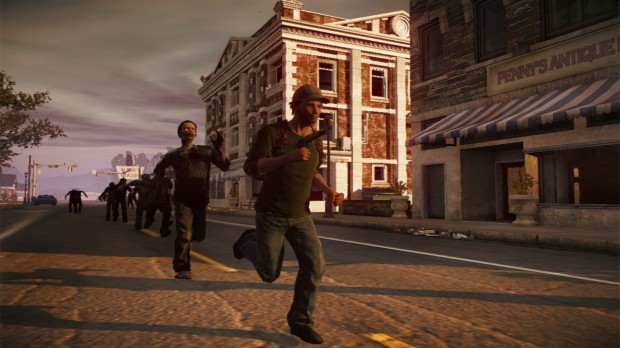 These choices are important due to the overwhelming fear of death in this game. Dead Rising and Left 4 Dead never really left me feeling threatened by the undead and The Walking Dead didn’t kill anybody unless they had to die for the story to progress. State of Decay features permanent death for your characters. That means that if Marcus, my heavy weapon expert with the cardio of a marathon runner, goes down in the middle of a fight, there are no reloads, no extra lives, no do-overs unless I start the game over again. Marcus is dead, along with all of his skills and experience. The game will instantly save and drop you behind the controls of another survivor in your group. Now, hopefully this survivor won’t be woefully under-powered as the game does encourage the development of everyone in your party. While you only control one survivor at a time, that survivor will eventually fatigue, forcing you to choose the danger of continuing in their shoes or letting somebody else take over for a while.

Danger lies around every corner in this game. Almost every building, save for some smaller shacks and trailers that cannot accommodate the camera, can be entered. There is always something to explore and loot, and that being said, can be a potential death trap. Scouting a building before entering and having an escape route pre-planned takes importance above all and no matter what you do, never ever call a scout out to loot a building far away from home as they travel on foot and can fall victim to a horde without you there to protect them.

While there is much to be excited for, there are some shortcomings. The game suffers from frequent screen tearing and clipping issues. Zombies get stuck in fences, or worse, occasionally teleport through doors. The frame-rate is capable of dropping during heavy action and there is a noticeable amount of draw distance fog and pop in textures; I once crashed my car directly into a firetruck that hadn’t visually rendered in time for me to avoid it. That being said, this is a $20 downloadable title, a measly 1.6 GB in size, and Undead Labs submitted title update 1.1 within days of the game’s release.

State of Decay is one of the most ambitious titles I have ever played. There are some graphical issues and the story and voice work leave a little to be desired. But absolutely none of this gets in the way of the immersion and fun you’ll find once you start playing. I should have had this review done days ago but I couldn’t, in good faith, leave my survivors to their own devices. I want these people to live to see another day and I can’t wait to get home each night to jump back into the fight with them as I sneak around town finding those rare stashes of medicine so I don’t have to euthanize any more friends who have succumbed to the Black Fever.