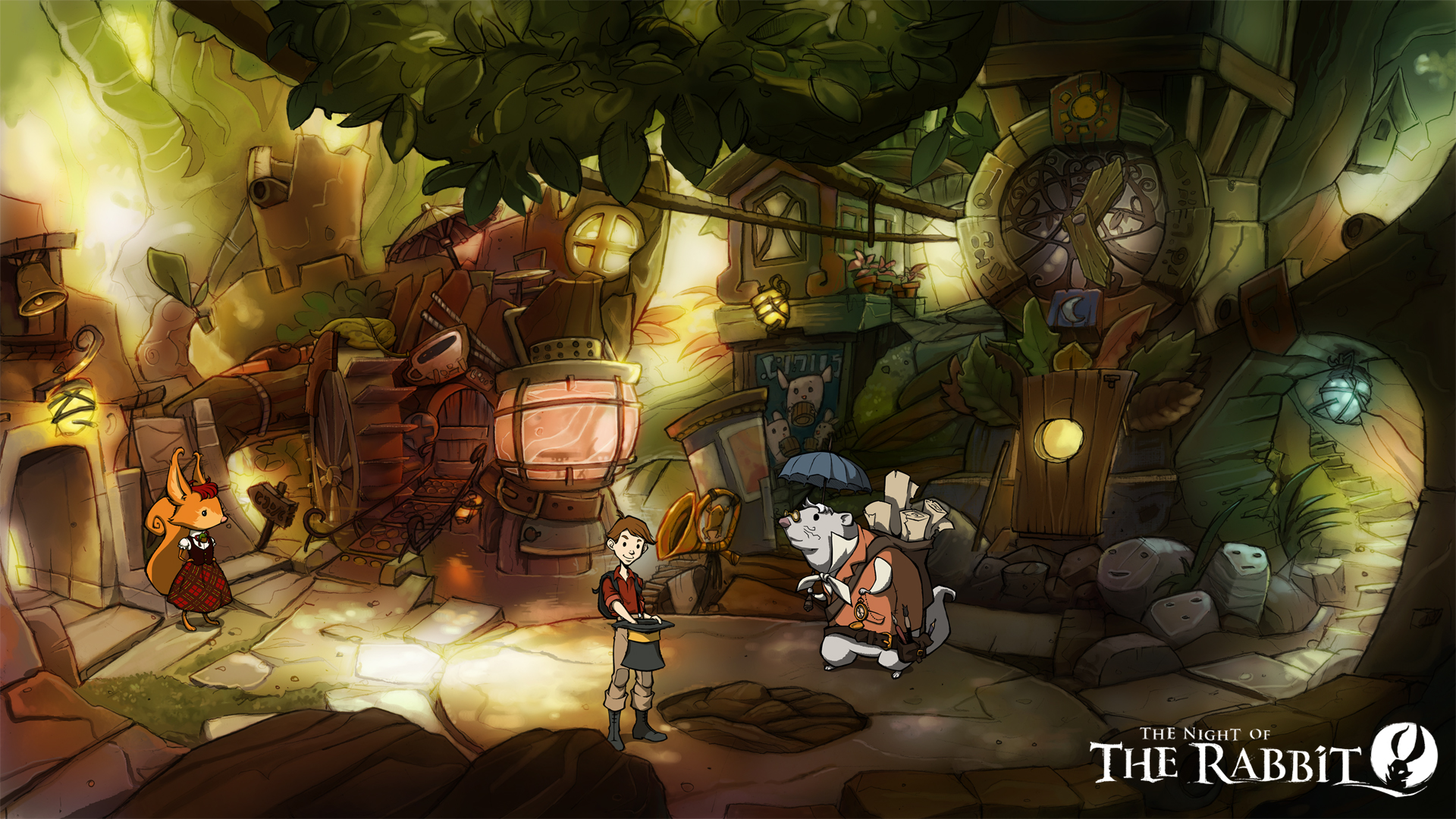 The Night of the Rabbit – A Review (PC) 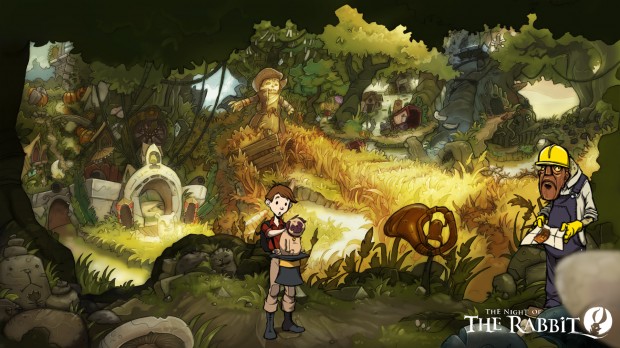 In The Night of the Rabbit, you play as young Jeremiah Hazelnut, whose sole dream is to become a great magician one day. Jeremiah is spending his last days of summer vacation, trying to scrounge up an adventure before he has to go back to school. His adventure truly begins when a large rabbit named Marquis de Hotto appears before Jeremiah and offers to make the young boy his apprentice.

As Jeremiah’s adventure begins in earnest, he discovers the world that he lives in is slowly coming under the control of another magician, The Great Zaroff. Marquis de Hotto and Jeremiah begin to fight back and try to stop The Great Zaroff and his evil schemes.

The story for Night of the Rabbit is imaginative, whimsical, and works so well with the hand drawn aesthetic. I fell in love with the characters almost immediately, and was drawn into the story by the amazing dialogue, that really helps bring the story to life. The story in the beginning feels right out of Wind in the Willows, until the darker undertones start to appear. As Jeremiah progresses through his world, more questions than answers appear. It is rare for the story to match the visual and voice acting aesthetics so well as it does in The Night of the Rabbit.

The Night of the Rabbit is a standard point and click adventure game, with puzzles that range from easily solvable to rage inducing. Daedalic Entertainment has perfected the point and click game play mechanic that Sierra Online made famous all those years ago. Based solely on this mechanic, The Night of the Rabbit is a fantastic game that plays extremely well, but the game doesn’t stop there.

Daedalic Entertainment added a few other gameplay elements to the traditional point and click, such as spells, collectibles, a day/night cycle, and even a card game. These additions to the gameplay help make The Night of the Rabbit a much deeper game in terms of mechanics then past point and click games. The day/night cycle is particularly interesting, since certain people will only be in place during certain points of the day. This can cause some of the puzzle answers to be frustrating to solve, if you happen to be in the right place at the wrong time of day. 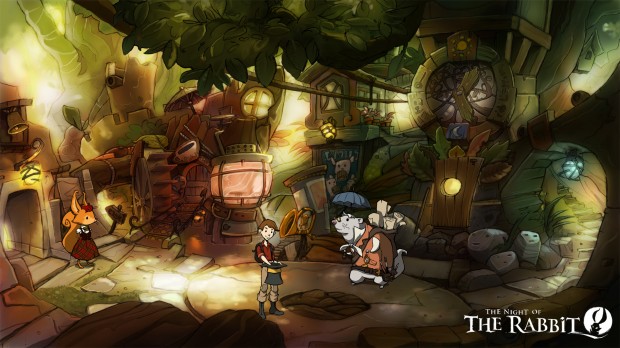 All of these mechanics feels right and fits within the story telling aesthetic for the game. The Night of the Rabbit had to have a spell casting mechanic, since Jeremiah is a budding apprentice, and this one feels right. The downfall that prevents this game from being absolutely perfect is some of the maddening puzzles that can be found in The Night of the Rabbit. The game refuses to hold your hand , unlike other point and click adventure games. While there is a hint system, it can be more frustrating than enlightening, depending on your ability to solve puzzles. Other than that small gripe, the gameplay for The Night of the Rabbit is almost perfect.

This is where The Night of the Rabbit really wraps itself around my heart. The visuals are hand drawn and are reminiscent of classic Winnie the Pooh or any of the other classic children’s books that I have read over the years. Working hand in hand with the story, the visuals draws the player deeper and deeper into this whimsical world of talking rabbits and magic. This game is the type of game that helped shape how I see videogames in terms of graphics and visual presentation. The graphics themselves are simple in terms of technology and in no way look realistic. However, I loved the look of this game far more than I did for technological powerhouses like Crysis 3.

The sound for The Night of the Rabbit works its magic also. While the music does a decent job, it is neither terrible nor memorable, the voice acting is absolutely perfect. The actors add just the right amount of emotion and inflection without going overboard or being dead. For me, the British accent adds more to the feel of the game, and makes it feel much more like Alice in Wonderland. The aesthetics really makes this game a special one, and one that I had no problems spending hours playing.