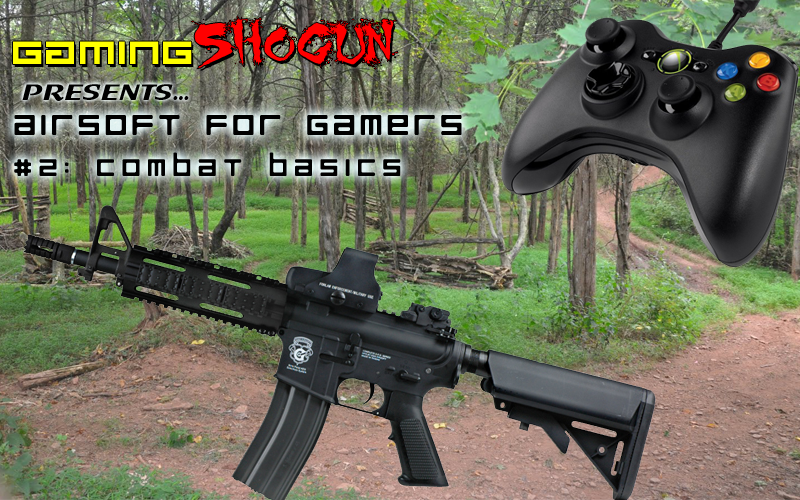 While on the Airsoft field, moving around in squads should be done by covering one another in a technique known as “bounding overwatch”. This entails one squad providing cover for the advance of another. Once the moving squad has gotten to a specified location, they then provide cover for the other squad’s advance. The leapfrogging tactic has been used by infantry units for quite some time. If enemy contact is made, the teams can then practice what is known as “fire and movement”. This is very similar to bounding overwatch, but involves the covering squad laying down suppressing fire to cover the advance of the moving squad.

Checkout this video on bounding overwatch if you need a bit more clarification of the technique:

Stacking up is movement technique generally done in CQB to maximize squad cover and fields of fire in small spaces. It takes a bit of practice to get the hang of, and probably won’t be possible in public games unless you have a core group of friends with you. Checkout this primer on stacking up, once again from the guys at RainbowOps.

Here is some terminology that you should know and become comfortable with – especially if you wish to get into the more hardcore aspects of the sport.

So, these have been some basic combat tips for your Airsoft gaming experience. There are a lot more advanced options for moving and communicating with your team, and we will visit those soon. Next week, however, is all about AEGs and squad member roles! We will visit how an actual fire-team functions and how pro Airsoft teams take those lessons and apply them to their tactics.