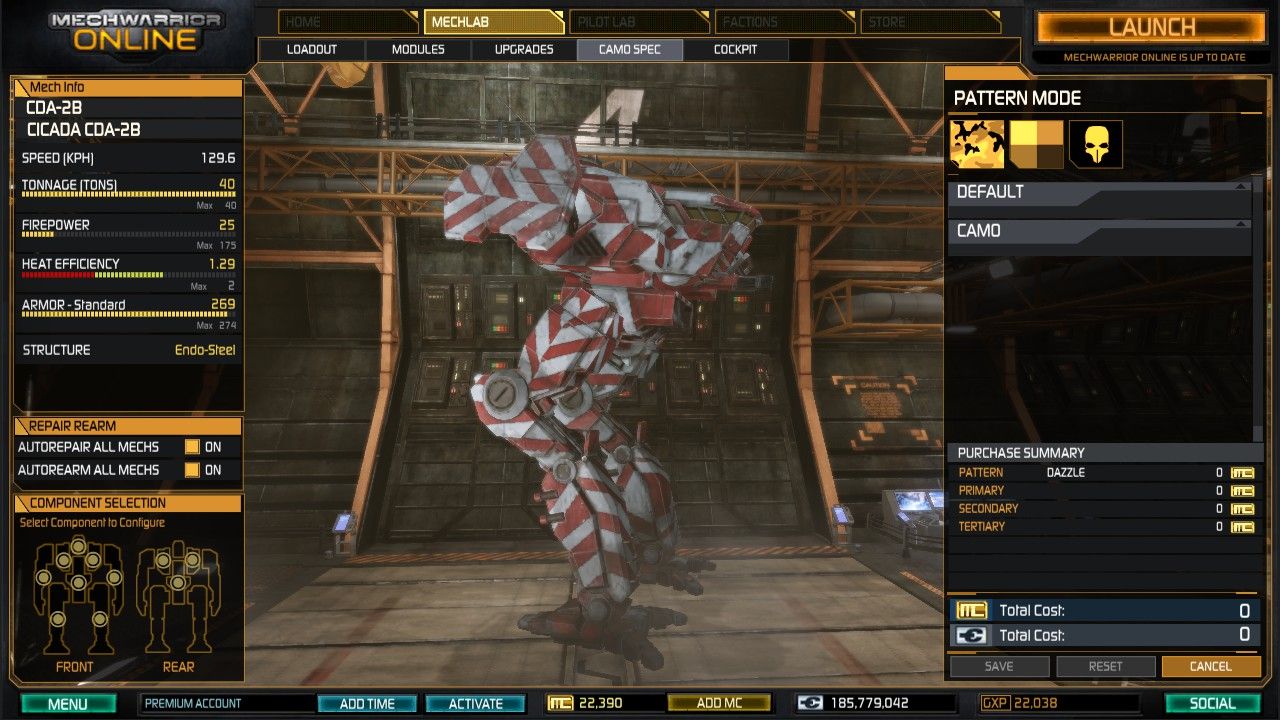 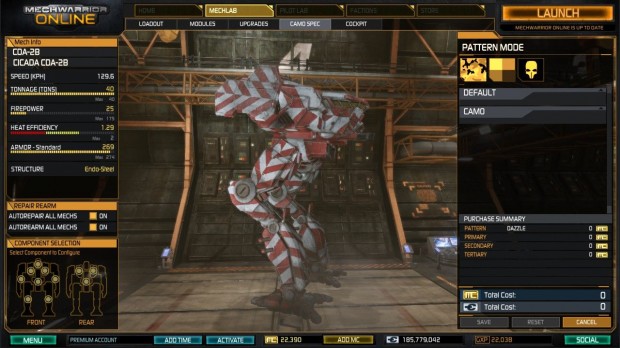 VANCOUVER – Today Piranha Games and Infinite Game Publishing went live with arguably the most important feature to date in MechWarrior Online: Testing Grounds. The new feature enables opportunities for players to become master pilots and battle-strategy experts before they are ever tested in live competition, changing the way players approach the game. New and veteran fans alike are now able to try out their favorite Mechs, get familiar with maps, Mech controls and seek out key vantage points and ambush scenarios behind the scenes and off the scoreboards.

In addition to this gigantic new mode, an epic new Hero Mech, Cicada, is now live in the Mech Lab and ready to rock! Sporting a top speed of 133.7 km/h at 40 tons, the Cicada X-5 Mech is definitely one you want on your side. A brand new trailer sporting the Cicada’s strengths can be found here: http://www.youtube.com/watch?v=9vbud123P6U.

Today’s phenomenal update also comes with newly trackable player statistics including Savior Kills and Defensive kills. Savior Kills give rewards upon killing an enemy Mech, if an enemy who had been attacking a teammate who has a critical component that is 50 percent health or lower within the last 10 seconds you will be awarded 7500CBills, and 150XP. Defensive Kills rewards for killing an enemy Mech if that enemy was currently capping a base, anyone who had attacked the capturing mech within the last 10 seconds will be awarded 7500CBills, and 150XP. The game will now track Mech Stats, Weapon Stats, Map Stats, Game Mode Stats and Pilot Module Stats.

Fans can now also trick out their Mechs with the Mountain Lion Mech Pattern and are invited to check out the new hanging items for their cockpit for the ultimate customization.

To sign up to fight in the Inner Sphere, go to www.mwomercs.com and play for free today!