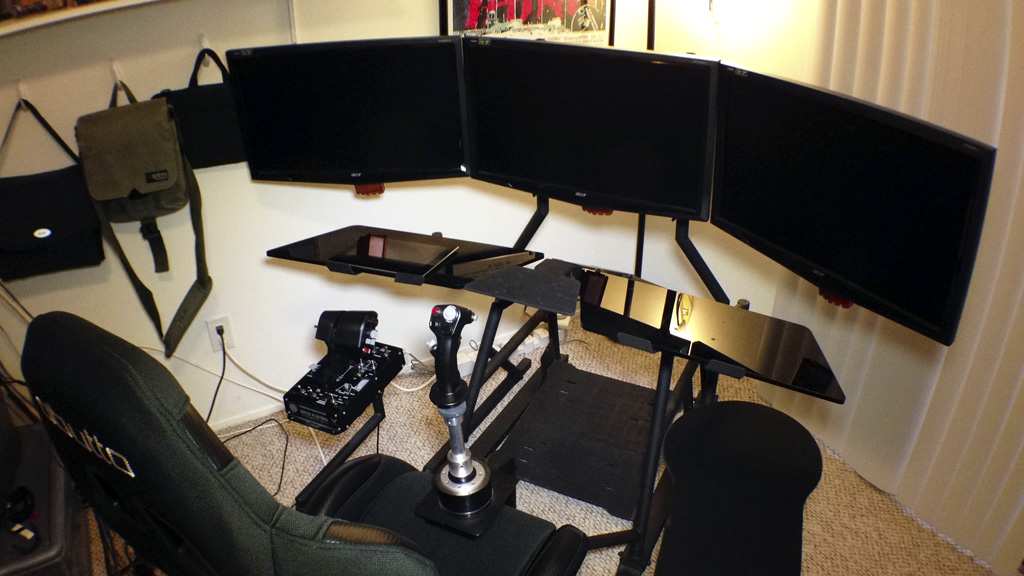 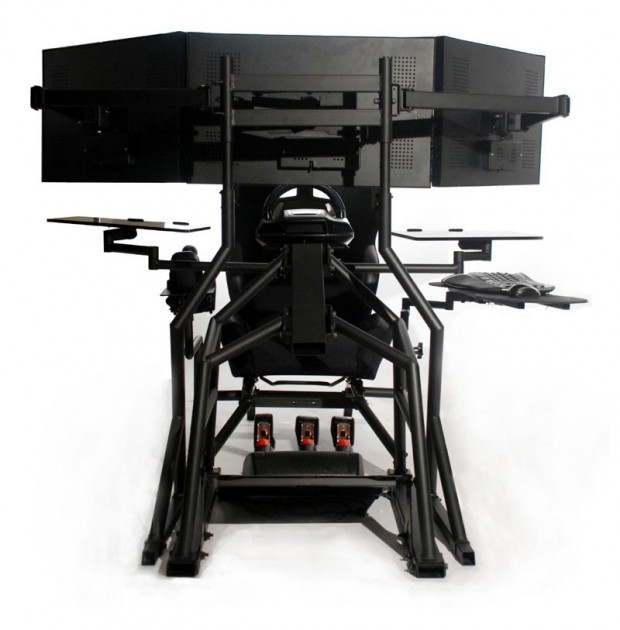 Obutto has long been known for their “oZone” gaming cockpit (here is our review). Being the hardcore sim geek that I am, when I learned that they had released a follow-up to the oZone, I had to check it out. That follow-up is on the market as the “R3volution” gaming cockpit. Featuring a similar carbon steel frame, wicked design sensibility, and high functionality, the R3volution is truly a worthy successor to the oZone. It is clear that the company put some serious work in taking their gaming cockpit design to the next level. Read on to find out why this wicked home gaming cockpit is the one to get.

The Obutto R3volution features a similar powder-coated, black, carbon steel frame seen in the oZone. However, the powder coating finish feels a bit smoother on the new model. Unfortunately, the powder coating is still easily scuffed, but that is just the nature of the beast. With the R3volution, Obutto has created a much more modular gaming cockpit. The oZone could be easily dismantled and transported in three large pieces: the seat assembly, the base frame, and the monitor mount assembly. The R3volution can technically be transported in five: the seat assemble, the base frame, each monitor stand legs, and the monitor stand backing (where the monitors actually attach). This enhanced portability makes it a lot easier to take to new locations.

Obutto has made several improvements to the design of the R3volution in contrast to their original oZone gaming cockpit. First, the keyboard tray is no longer locked into a 90 degree angle on its mounting arm. The R3volution’s keyboard tray is mounted on an triple-jointed arm assembly. This means you get a lot of control and fine movement out of the tray and bumping it will not cause it to fall. Often times, I found myself accidentally hitting the oZone cockpit’s keyboard tray with my left knee, tilting it up enough so that it lost its grip and slammed down into the mounting arm. The new joint system ensures that, while friction and gravity are still used to keep the tray at a desired altitude, it is much harder to accidentally “trip”. Additionally, the R3volution’s keyboard tray is a bit larger than the oZone’s, and this helps to make up for the lack of a large, desktop-like acrylic tabletop seen as an add-on with the previous design. 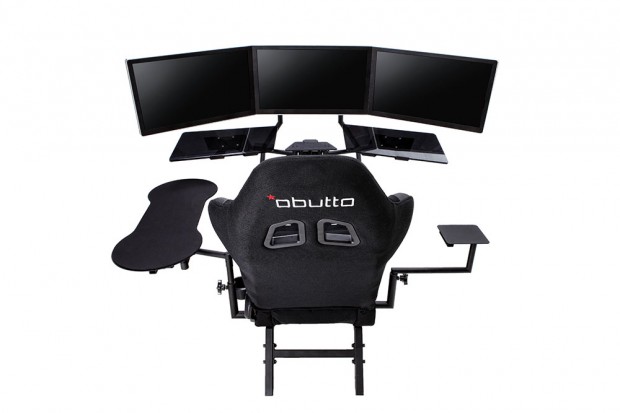 The optional, triple monitor assembly is far easier to install and use than the original. The triple monitor mounts are actually two additional, articulated arms which bolt on to the base monitor stand at two points. These mounting points are built into the base frame, making them very stable hardpoints for the add-ons. In fact, the way the R3volution gaming cockpit handles monitor mounting overall is excellent and provides so much customization in how the user can position them. The VESA plate supports multiple monitor types and is easily attached to a monitor or television. While the oZone only supported three monitors of 27 inches or less, the R3volution gaming cockpit can support up to three 32″ displays.

Also, the R3volution’s base frame, which supports the yoke/steering wheel/acrylic table tops is far roomier than its predecessor’s. In the oZone gaming cockpit, I could not functionally-fit Saitek’s Pro Combat Rudder Pedals on the pedal tray. With the R3volution, I have no such issue. The base frame is also shaped like a wireframe cowling – and I am thinking about enclosing it with polyfoam (and building up a full canopy) for a true simulator-feel, but I digress. Even without my nerding out over polyfoam, the base frame has an aggressive, yet classy look and it would be right at home in the office, bedroom, or the man cave of a luxury New York City loft. Obutto simply did a terrific job on designing it. The cockpit feels rock solid with in use and is easily the most sturdy gaming desk/chair/cockpit I have had the pleasure of using.

Read more on the next page…