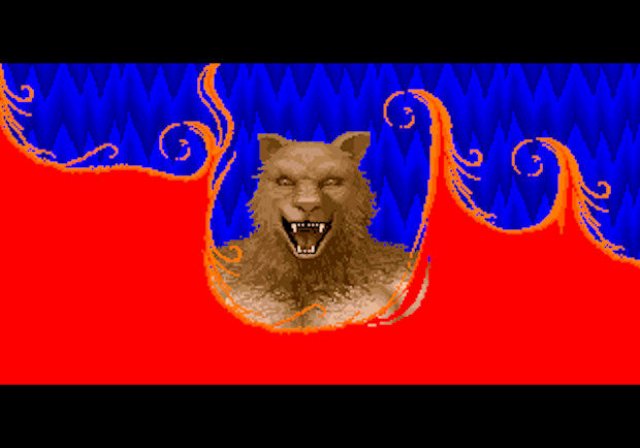 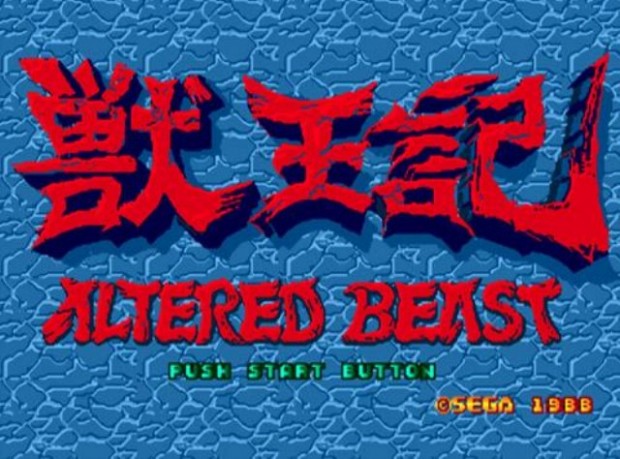 I was thinking of hopping to a different part of the alphabet for this review but instead I will go with the next one because the games are both from the same creator and even have a same creature between them!  But that is for the next installment.  This Classic Gaming Showcase almost needs no introduction because it was so popular back then it can still be found in retro arcades around the world and has been re-released and even reinvented on various systems and even watches.  For those who haven’t played Altered Beast in a while here are a couple things to help you remember: a god raises you from the dead, your body gets bigger with each power up though your head stays the same size (steroids!) until you get a power up that changes you into a different form, the first level form being a werewolf. 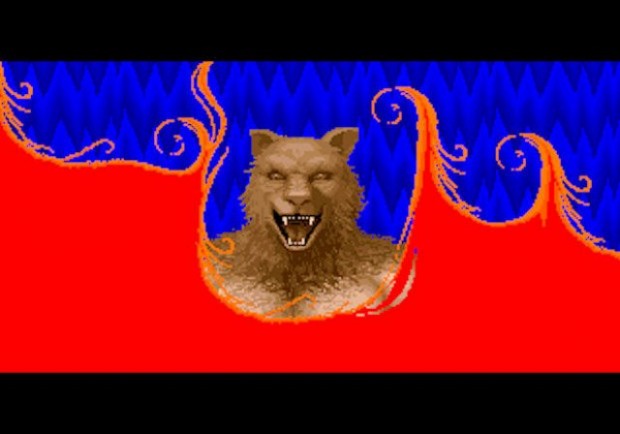 This was so cool at the time and is still pretty dang cool now, not only do you take on this bad ass form it gives you much better attack powers which can make the difference between clearing a level and not.  The bosses are quite memorable too since the first one is some giant burial mound looking thing that rips off it’s head a whole bunch of times and throws it at you. 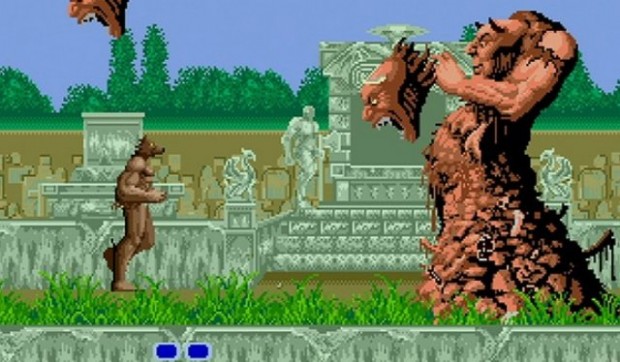 There are five different forms you take while cruising through the different levels besides the “Conan The Barbarian” body build.  You are a werewolf, weredragon, werebear, weretiger and golden werewolf, which I guess in some ways is just a more powerful werewolf but you don’t mind because as before stated the werewolf form is bad ass!  The levels don’t have save points along them which can be frustrating so you need to remember to use the OnLive save system which allows you to save at any spot in the game and you get multiple save slots.  I try to play the games using their own save points if they have them but it can get frustrating to fight your way to the boss, be fully powered up and need to do it all again when the boss takes you down.  Little known fact: one of the enemies in this game is a cockatrice which is rideable in Golden Axe which is by the same developers.  So you kick it’s butt here and use it to kick butt there! 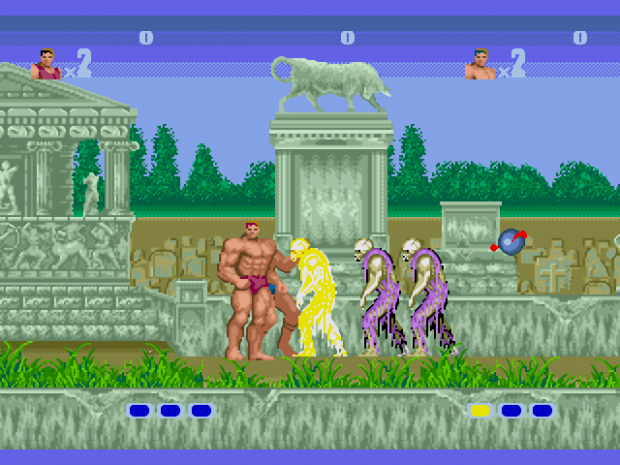 Zeus needs your help!  Neff, one of the Demon Gods of the Underworld, has kidnapped Zeus’s daughter Athena and so Zeus has risen you from the dead to buff up and take different animal forms to save her!  Go quickly before Neff does something dastardly while Zeus… I don’t know, takes bets on whether you will make it or combs his beard or something.  I mean he is Zeus, wouldn’t he be a better choice than someone who has already died once in service and has to power up to be able to change into a good fighting form… which is a weresomething?  I guess Zeus coming down and flicking Neff like a bug would be a bit of a short game, plus everyone who has seen Clash of the Titans knows how snooty and hands-off the Gods like to play it. 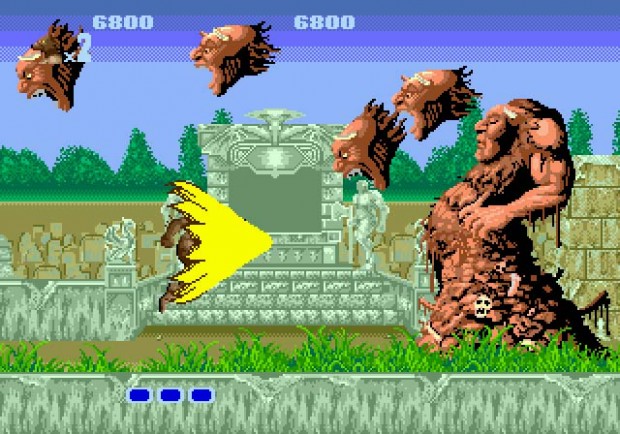 This uses the arrow buttons and a few keyboard buttons just like the other Sega Genesis games in the PlayPack or the thumb controller and 3 buttons on the OnLive controllers for PC and MicroConsole.  You punch, kick and jump being able to crouch or standup while doing so.  you have melee attacks until you change form at which point you can get some range attacks which really improve your game play.  Spawning can be troublesome due to sometimes spawning you in a screen full of enemies which then instantly kill you again so as mentioned before be sure to use the OnLive save system regularly.  Beyond that this is a classic game which had such a fun and rewarding play system that pretty soon you forget you are playing a game over two decades old and just start enjoying the challenges. 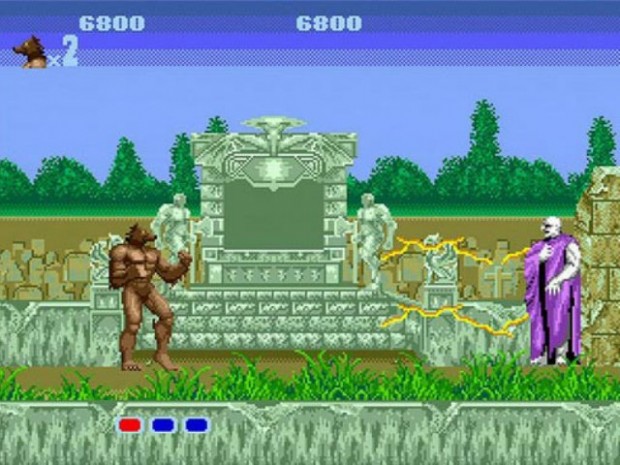 They are a thing of 16-bit beauty and hold up to retro games made today to imitate the time period.  The graphics are good enough not to detract from play while at the same time bringing back memories of the first times it was played.  The sound is perfect right down to Zeus’s lisp at the beginning and sound effects that harken back to a time when they could be cartoonish and still fun and engaging.

This game was a masterpiece of it’s time and has often been revamped, remade and re-envisioned on many systems but when it comes down to it the original is still probably the best.  Alien Storm, Altered Beast and Golden Axe would probably make a nice game night since all three have very similar graphics and play styles  All three are available as part of the OnLive PlayPack which is only $9.99 a month and if you still aren’t sure give them a test drive at http://www.onlive.com/promote to make sure they are worth your money.  You will probably find yourself trying out a bunch of other games while you are there.