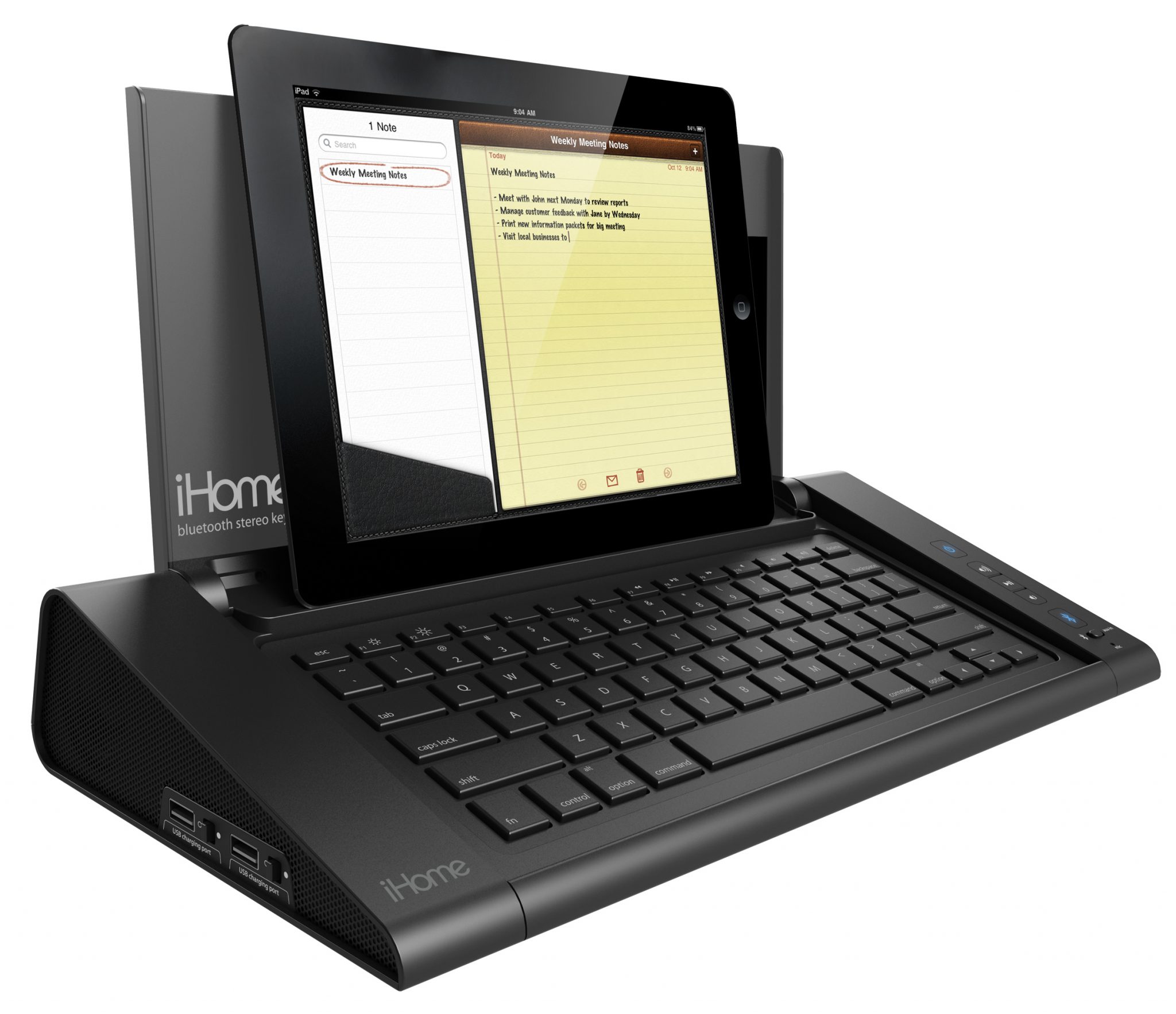 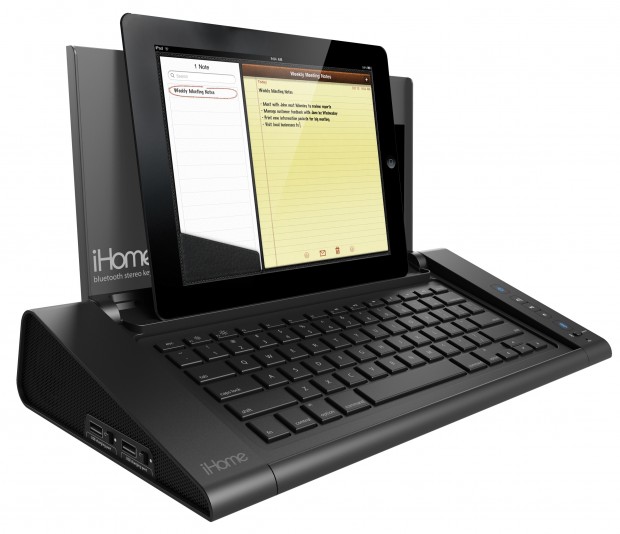 iHome has once again outdone themselves with their new iDM5 Executive Workstation. The iDM5 can be thought of as a home port of call for your favorite tablet device or smartphone. Measuring 14.5″ wide x 2.3″ high x 7.4″ deep, the iDM5 is not small. In fact, it very much reminds me of a classic word processor device (look that up, kids). After the tray which holds your tablet deploys, you simply set the tablet in the tray and can begin using the dock to type away. This is accomplished via the iDM5’s on-board Bluetooth capabilities.

Typing is not the extent of those abilities as the iDM5 Executive Workstation also plays music via a pair of stereo speakers. The two stereo speakers deliver very rich audio – even at high volumes. In fact, during our trials, the iDM5 did very well in keeping up with a much more expensive (and singular in function) BOSE speaker system. Pairing the iDM5 to my iPad was very simple and required no code or pass-lock. I simply paired and began to play my tunes and use the keyboard.  If you want to play music on the iDM5 but cannot attach a device via Bluetooth, you can also use the 3.5mm input jack to play audio files. As to the topic of the iDM5’s keyboard, it is very reminiscent of the Chiclet keyboard found on Apple devices. It features nice tactile play and noise response. 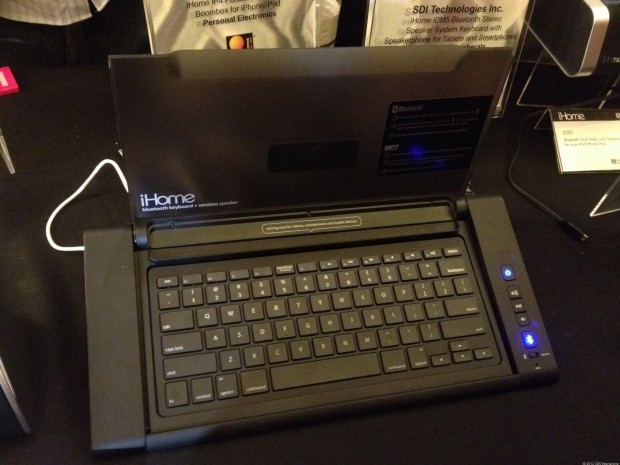 Taking the Bluetooth capabilities a step beyond even the keyboard and stereo speakers – this also allows the iDM5 to be used as a high end speakerphone system for your smartphone or cell-capable tablet. The iDM5 utilizes a technology called “SoundClear” in order to reduce echo in the speakerphone calls and does a wonderful job of doing so. I was able to pair my iPhone to the dock and make several calls – each leaving me surprised at its audio quality.

The iDM5 workstation runs on standard AC power from an outlet and also features two USB ports on the left side of the unit. These generic ports allow you to charge just about anything without limiting the dock to a particular kind of tablet or phone. The only problem I found while using the iHome iDM5 was that the folding tray which supports a tablet device feels a bit wobbly. This is especially apparent when pressing on a tablet’s screen that is laying against the iDM5 tray. Hopefully, iHome will strengthen the tray in future models of the dock.

Overall, the iHome iDM5 Executive Workstation is a great purchase at a retail price of $149.99. While that may seem steep at first glance, you must realize that the price point includes a Bluetooth keyboard, Bluetooth stereo speaker system, Bluetooth speaker phone, and device charging station capabilities. That is a lot of proverbial bang for your hard-earned dollar!

You can find out more about the iHome iDM5 Executive Workstation Here: