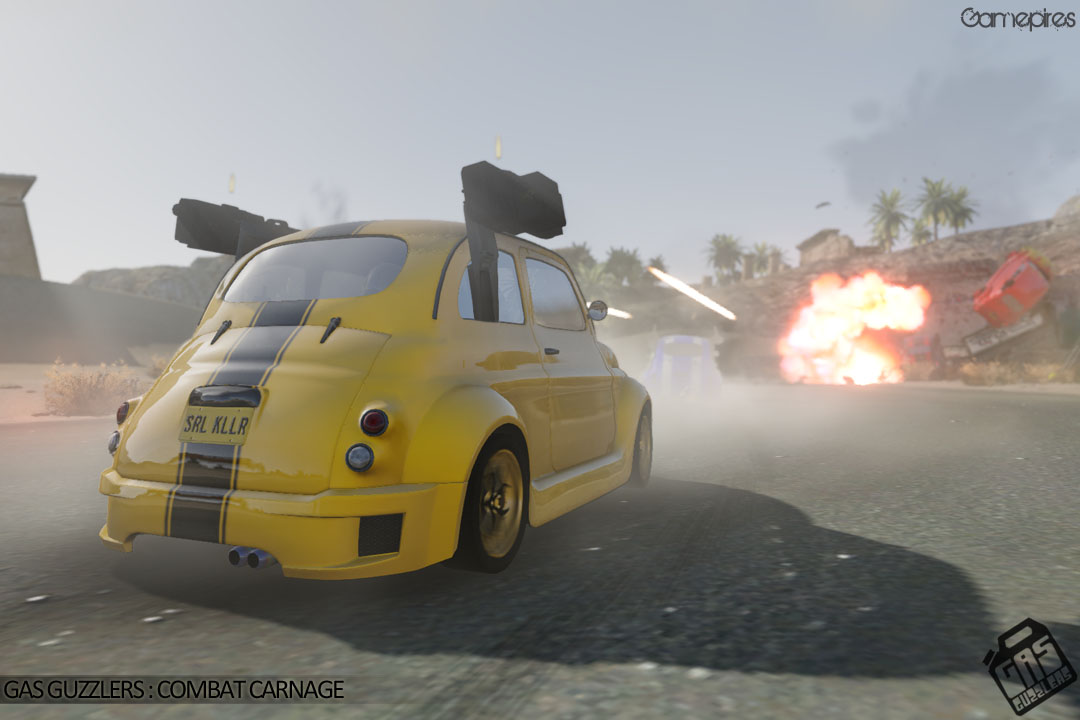 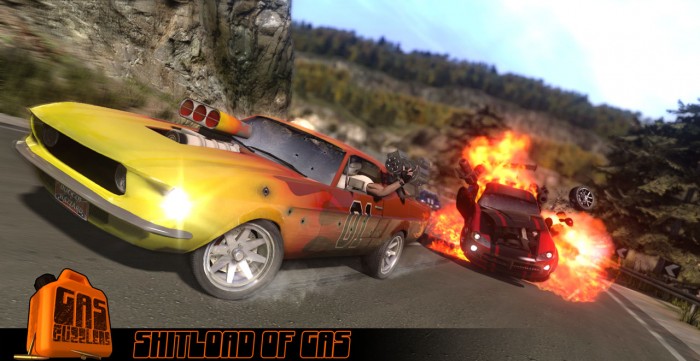 So after being down for the count a couple weeks with first pneumonia then a bad cold I have been itching to get into a new game (ed. note: Glad to have you back!!).  When Gamespires announced their Open Beta of Gas Guzzlers Combat Carnage I was more than ready to put my Sentra in the garage and get behind the wheel of a dino hogging beast.  My first love was my small block Malibu Chevelle and the only thing that could have made her better would have been machine guns (figures California would ban such things right when I got her).  So you put some horses under a hood and ammo cases on a roof and there is a good chance I will have at least some love for the game. 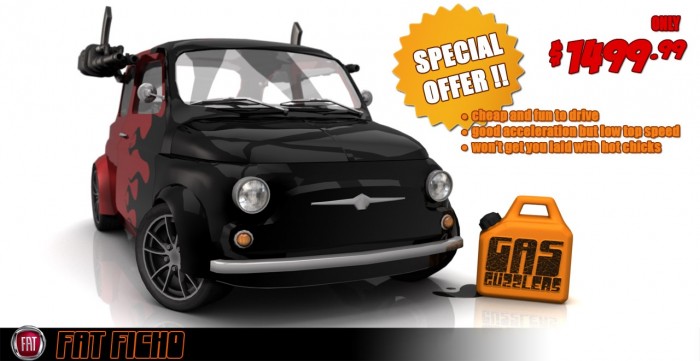 Believe it or not, that was my first concern with Gas Guzzlers.  It put me in a Fat Ficho (imagine a Fiat).  Now if I were pulling a heist in it or driving through insanely narrow European streets I could still probably get behind it but the tracks provided are off road.  I understand the idea of starting small and working your way up I really do, but this vehicle doesn’t even begin to live up to the Gas Guzzlers title.  It is a slow, squirrely car that if you make the slightest mistake in you will lose the race.  The slightest mistake.  Your initial weapons are fairly ineffective as well so it comes down to racing a stock Fiat in dirt.  The beta luckily also includes a vehicle that looks straight out of the Fast and The Furious and this car handles much tighter plus the first weapons upgrade they give you to try is missiles so that it is possible to eliminate the competition as well as outrace them.  The vehicle is still designed more for street racing but it is such a leap above the Fat Ficho that I found myself in my Motor Zen place soon enough. 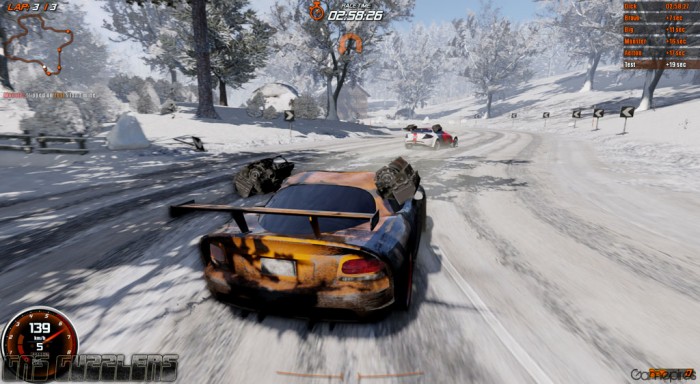 I do want to mention again that this game has just gone into Open Beta so any issue I might have with the game will probably be resolved by the time it is released or the ability to upgrade performance gear alone will probably help clear these issues when implemented.  These issues aside the graphics are excellent, the vehicle damage system looks terrific and the courses are well designed and engaging.  I even enjoy the “road kill” bonuses you get when you take out a chicken, rabbit or prairie dog that happen to wander onto the course because it is handled in a fun and cartoony way. 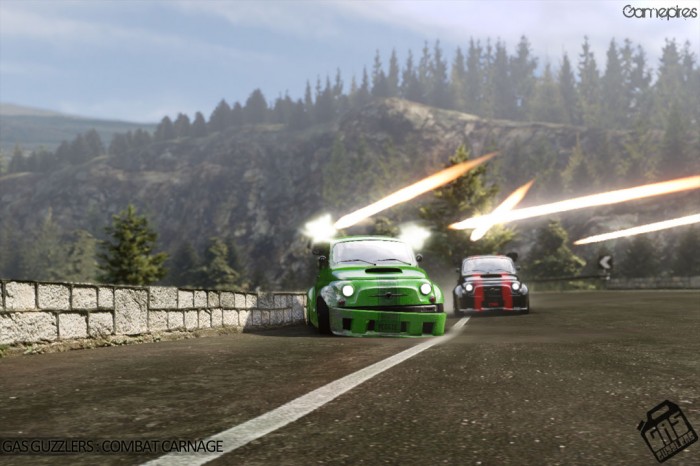 The only other nagging issue I had was the voice over.  Sounding straight from the mouth of an old school professional wrestler, the voice over is part commentator, part co-pilot and a bit confusing.  At times it seems to be making comments for you about a weapon you picked up for example, then other times it seems to be griefing you like if you hit a wall too hard the game actually said “That wasn’t too fuckin’ smart!” and another time said “Aw, shit!.”  The language seems to be raw simply to be raw and uses mature language regardless of whether you are doing well or bad, though the worse you do the more it seems to curse.  As an adult I heard far worse language when my dad was working on an engine but it generally wasn’t aimed at me.  When I don’t correct enough for a turn and drop back two places in a race I will probably be cursing enough without the game saying “son of a bitch!” or my still favorite “that wasn’t too fuckin’ smart” which I am probably already feeling.  It’s adult humor and meant to be funny but it almost feels like it could be abusive to a child.  I think the game may continue to tend toward this angle since it appears that it is being marketed in Europe as “Gas Guzzlers Shitload of Gas” as opposed to the U.S. “Gas Guzzlers Combat Carnage.” 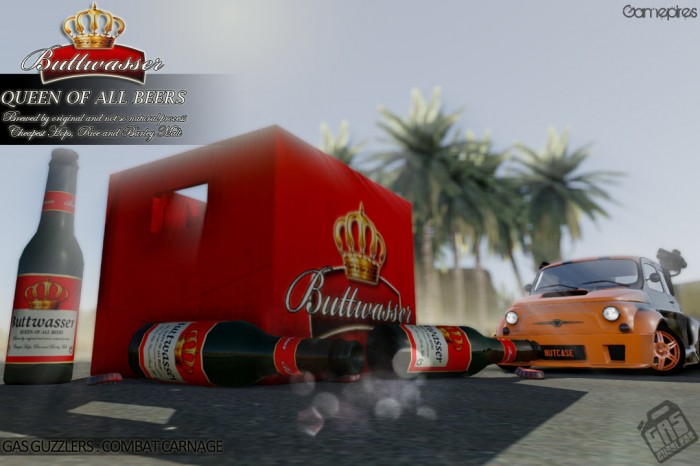 I really look forward to reviewing and tearing up some tar on the final game.  Gas Guzzlers is in Open Beta which is still a very early process, heck at one point I had a collision error and found myself driving through the sky shooting my machine guns at clouds before the game corrected me back onto track.  All it does is give you a taste of the game and an idea in which direction they are going.  As a gorgeous, racing game with excellent tracks and fun weapons this game is headed in a great direction.  The only question is whether it wants to keep going in the mature direction solely for the purpose of being mature and edgy, which could in the end easily lose them a whole player base.  I’ll enjoy it either way, but it is not headed towards family entertainment. 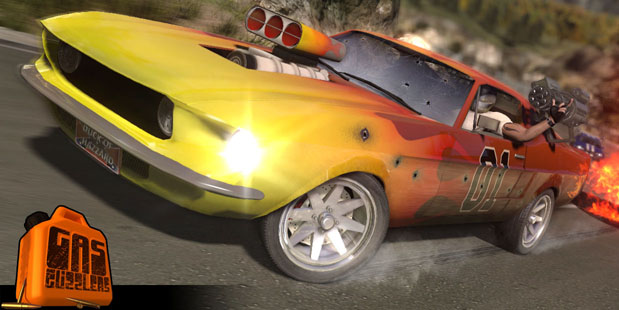 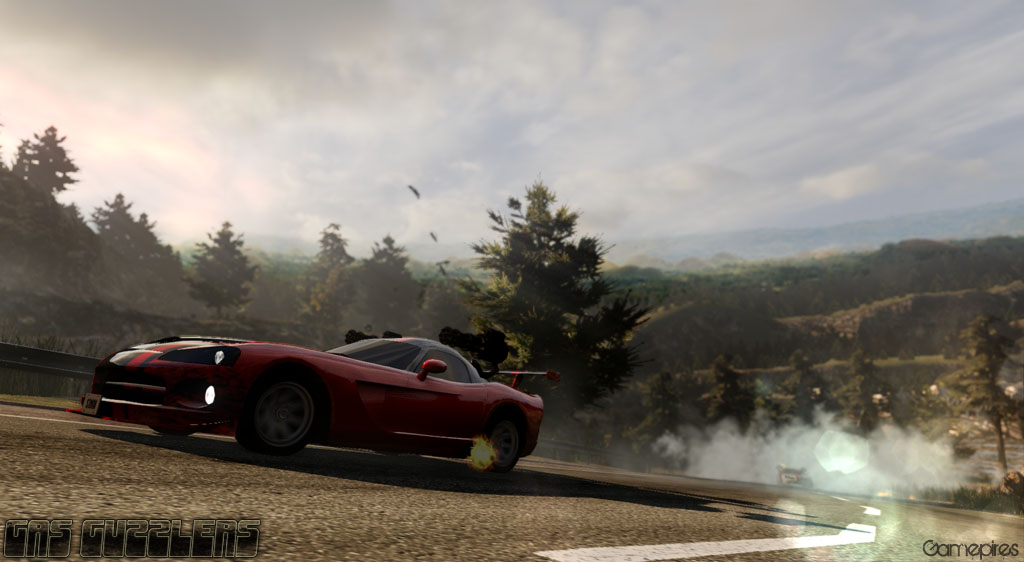 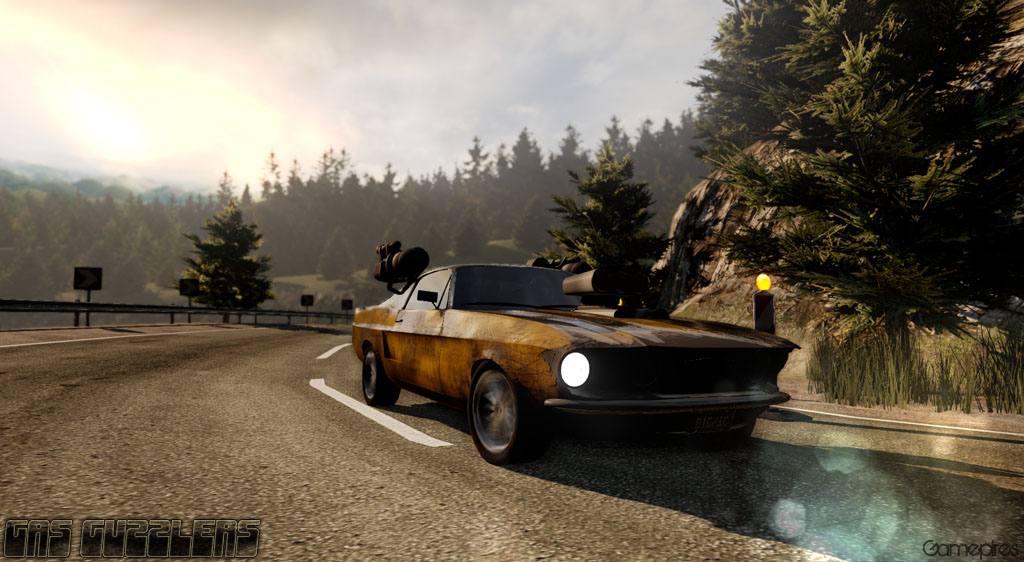 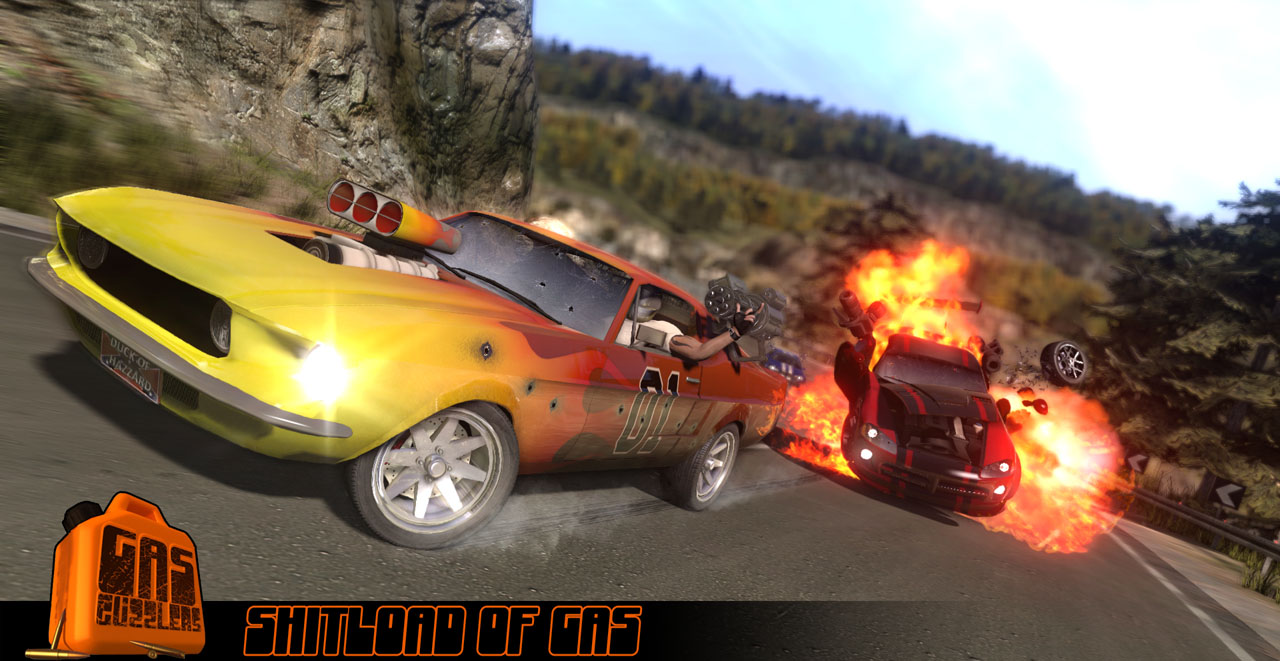 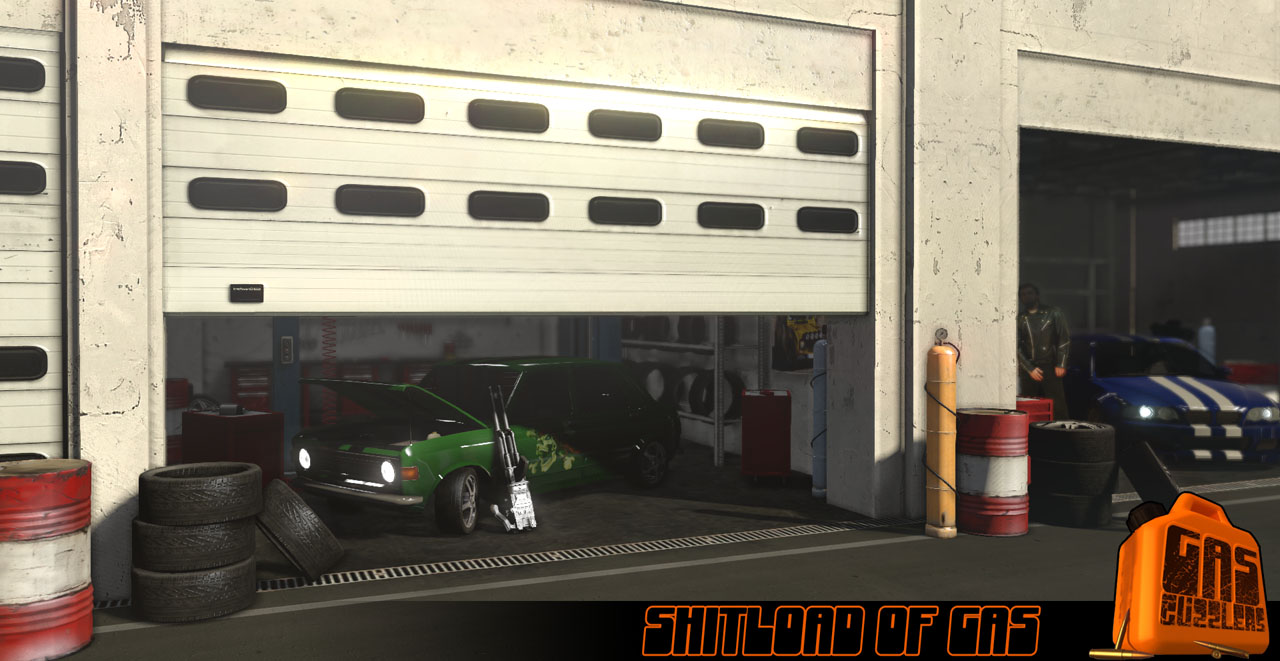 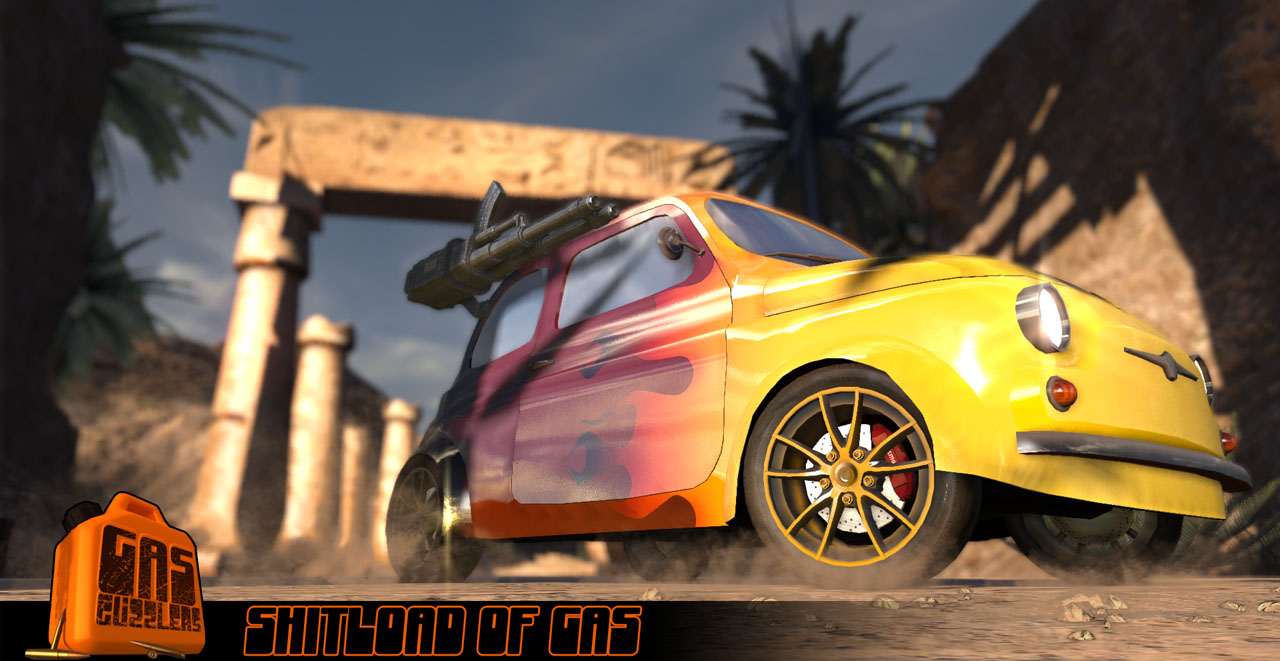 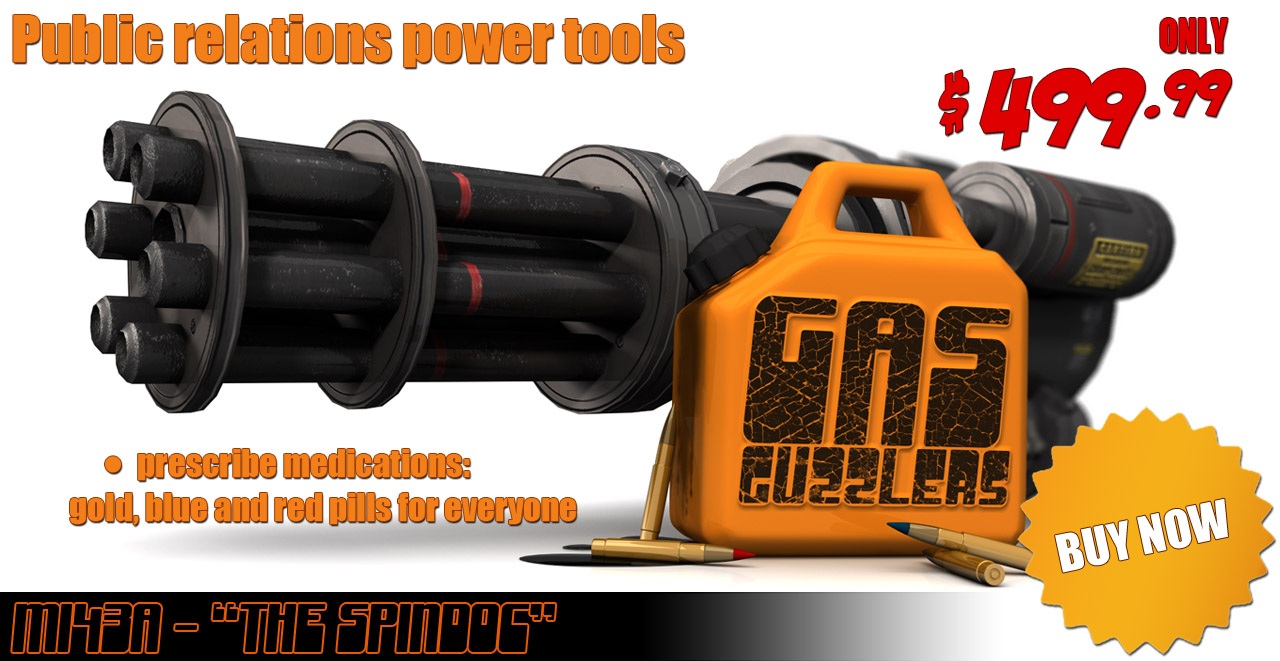 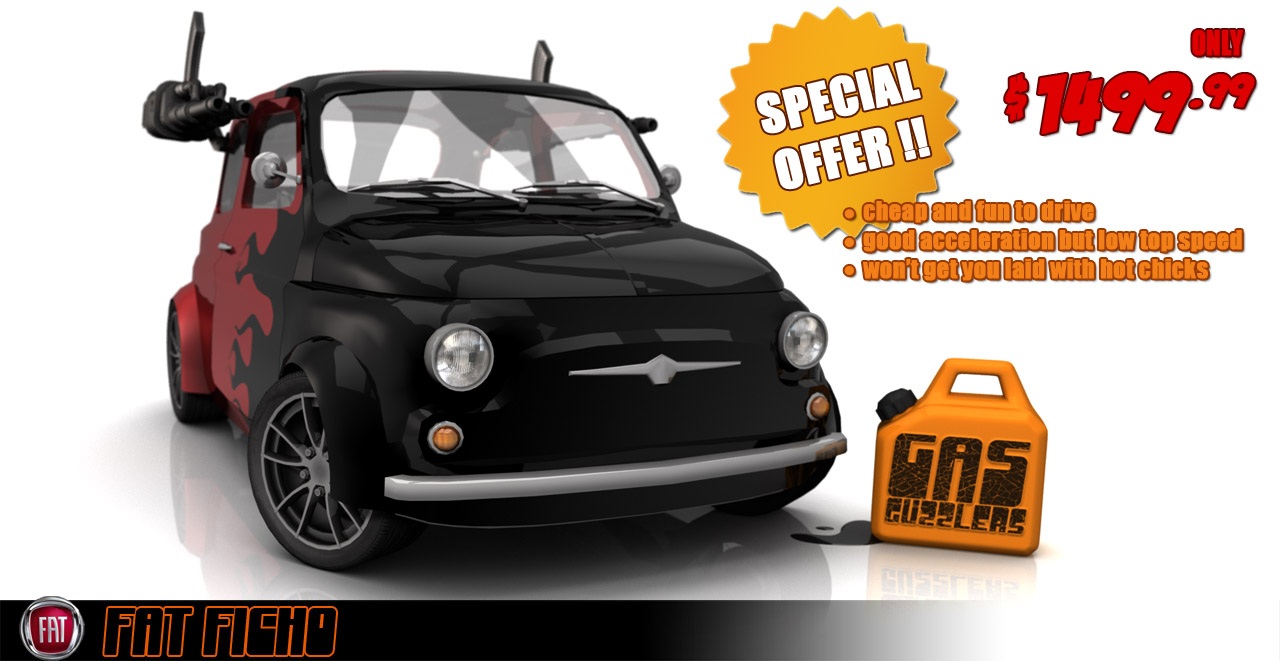 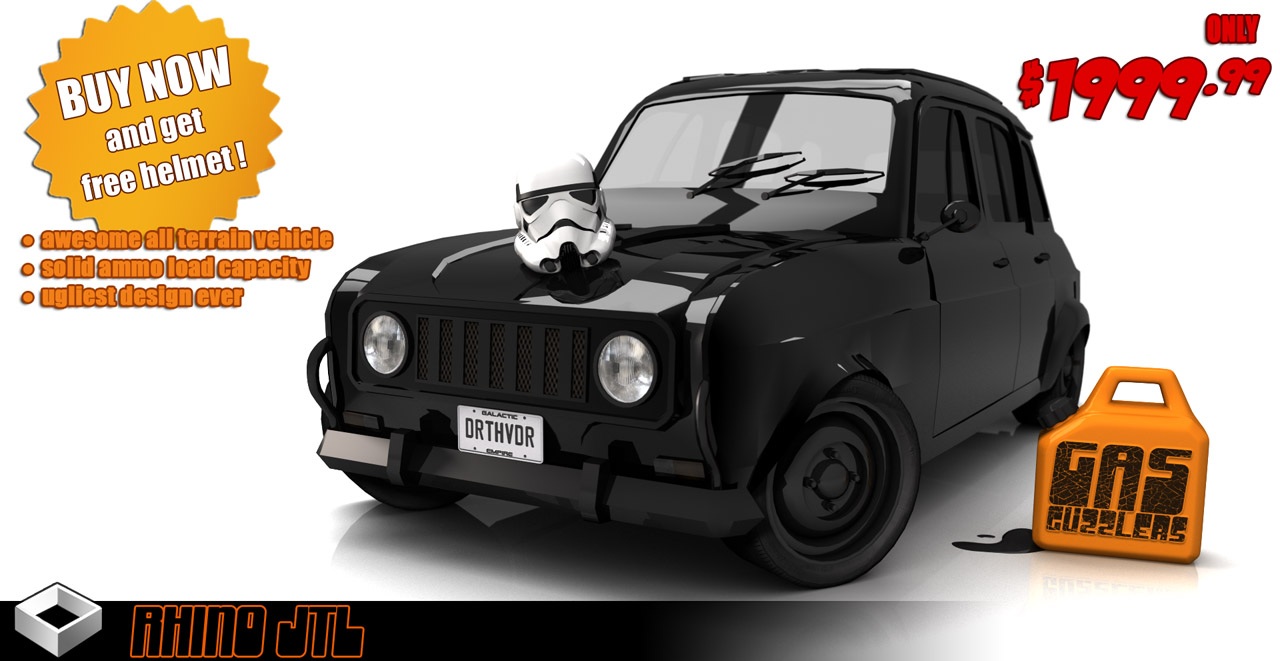 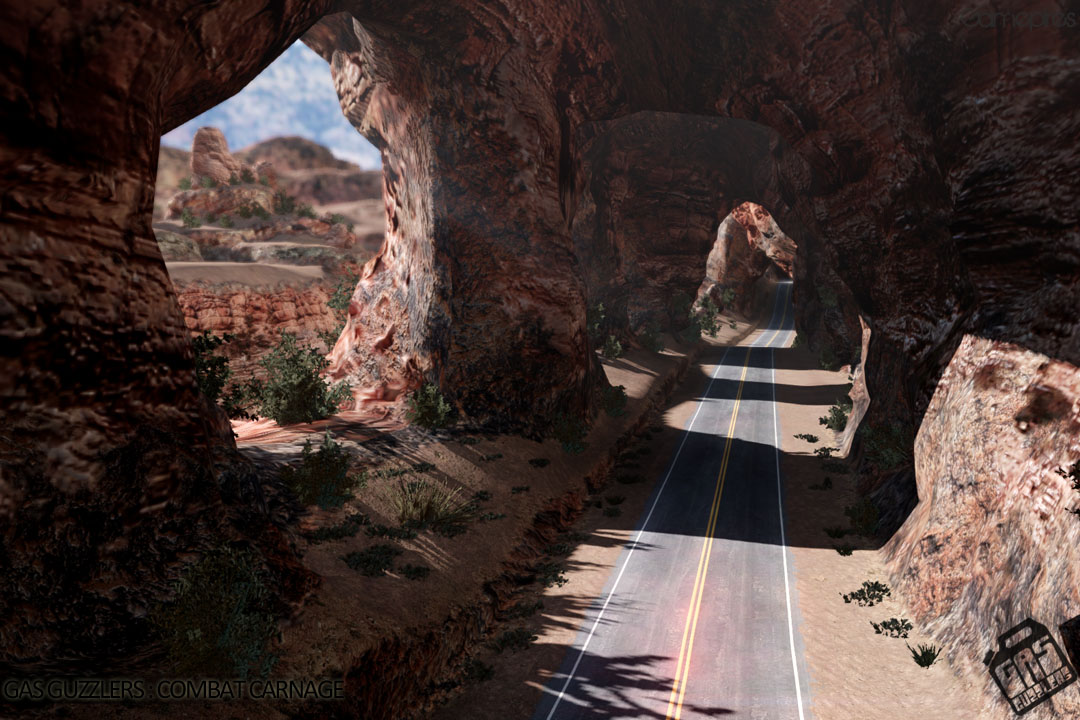 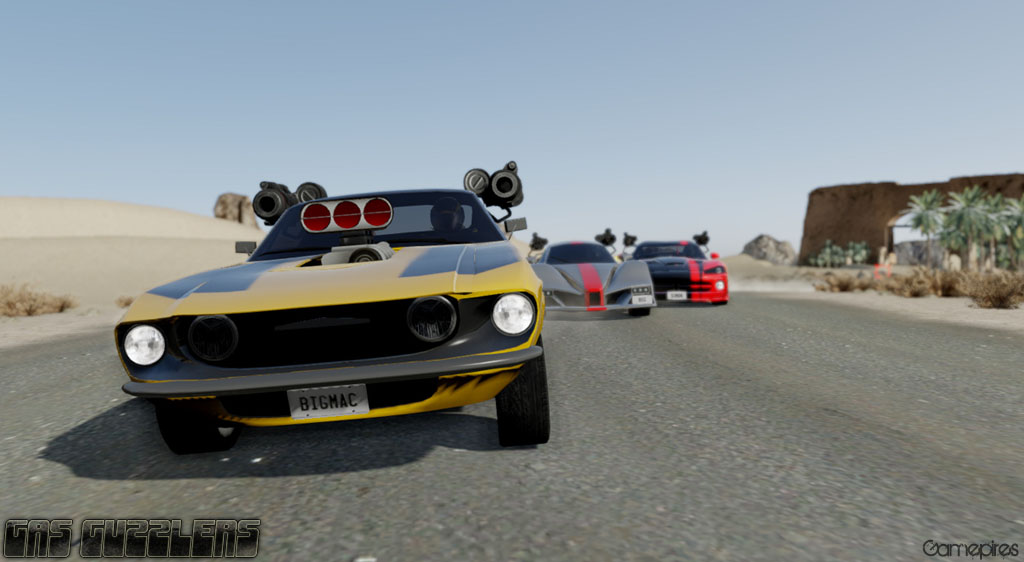 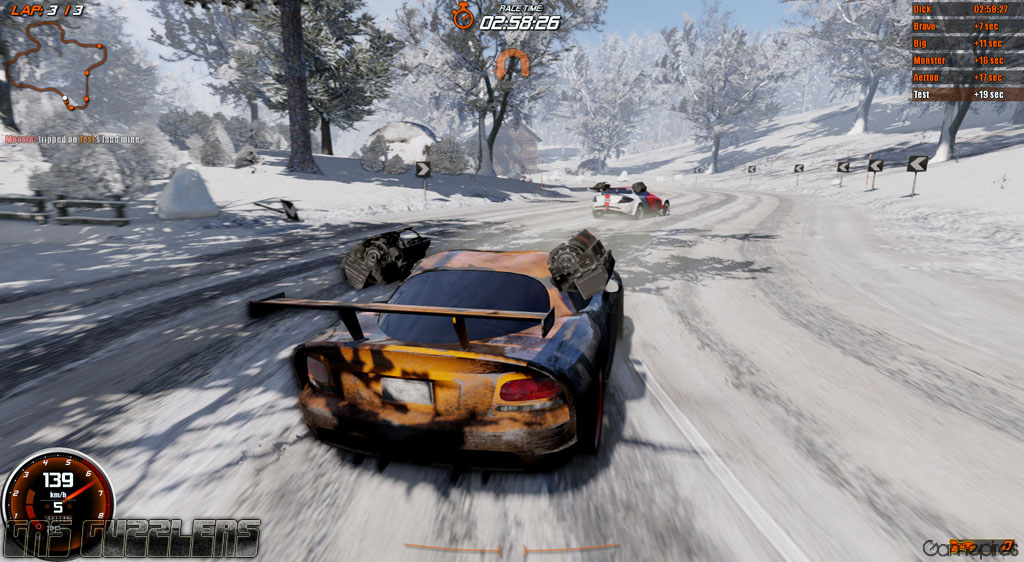 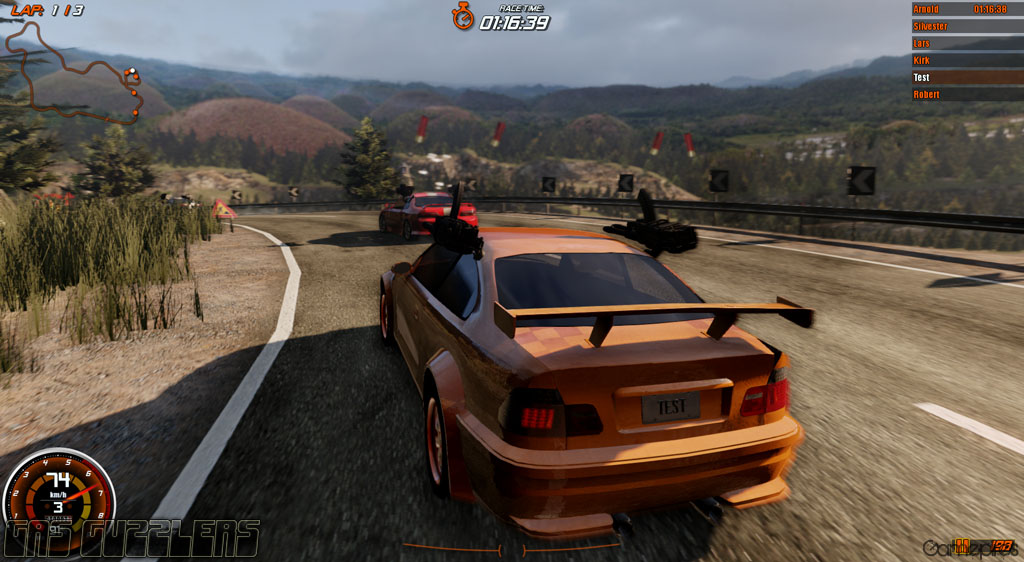 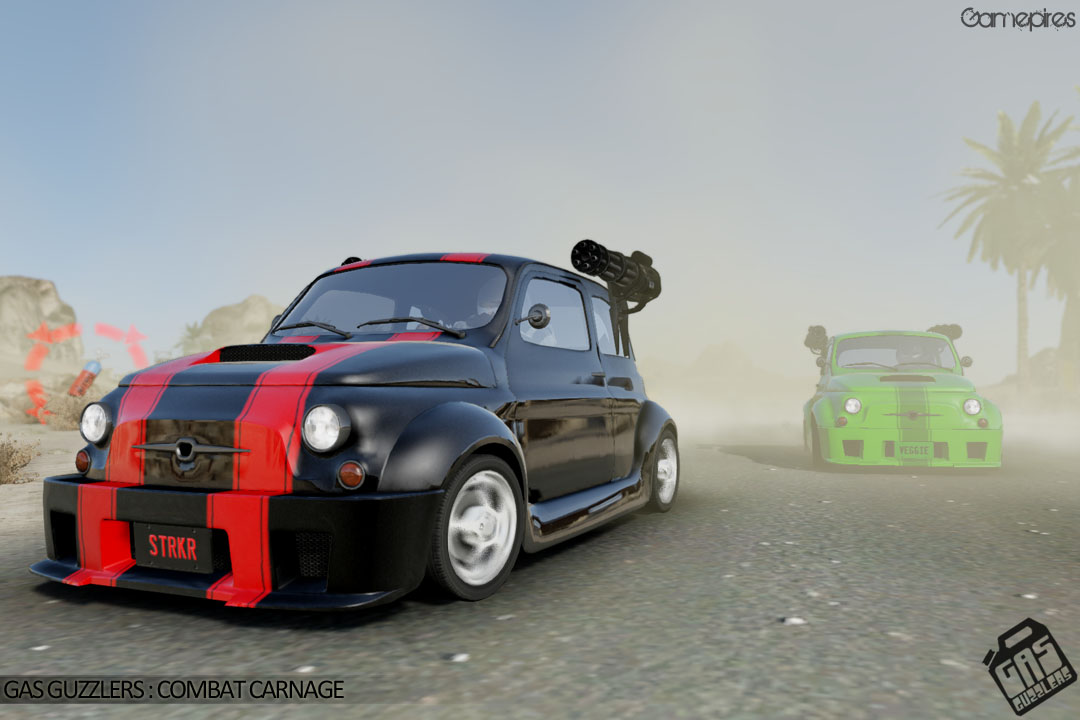 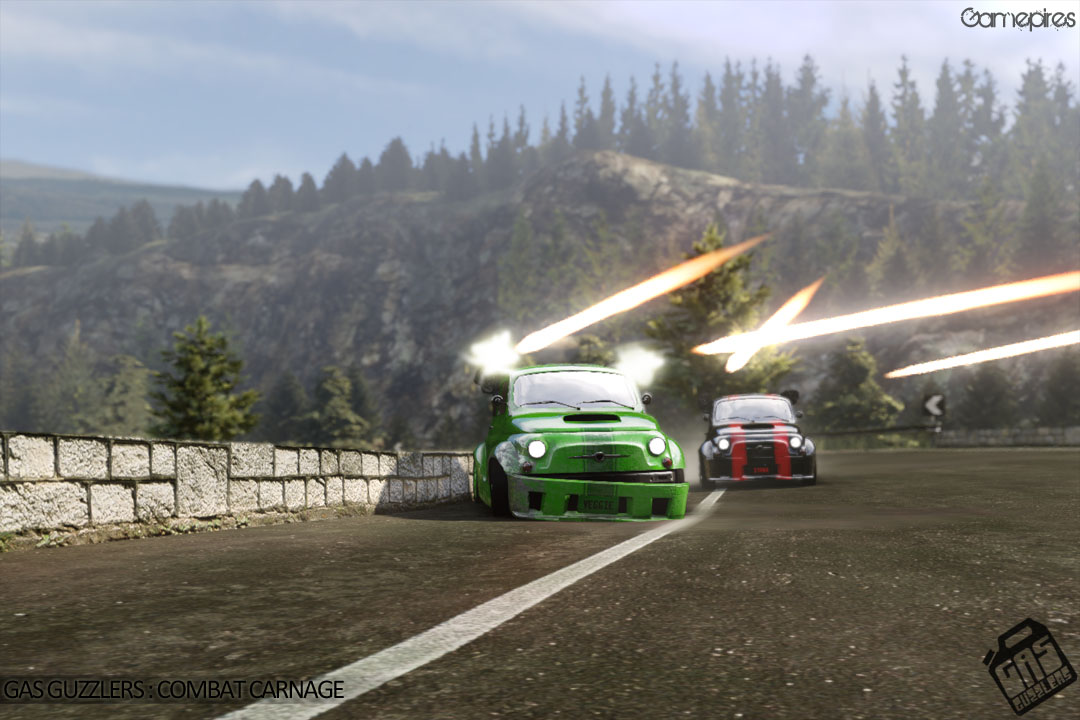 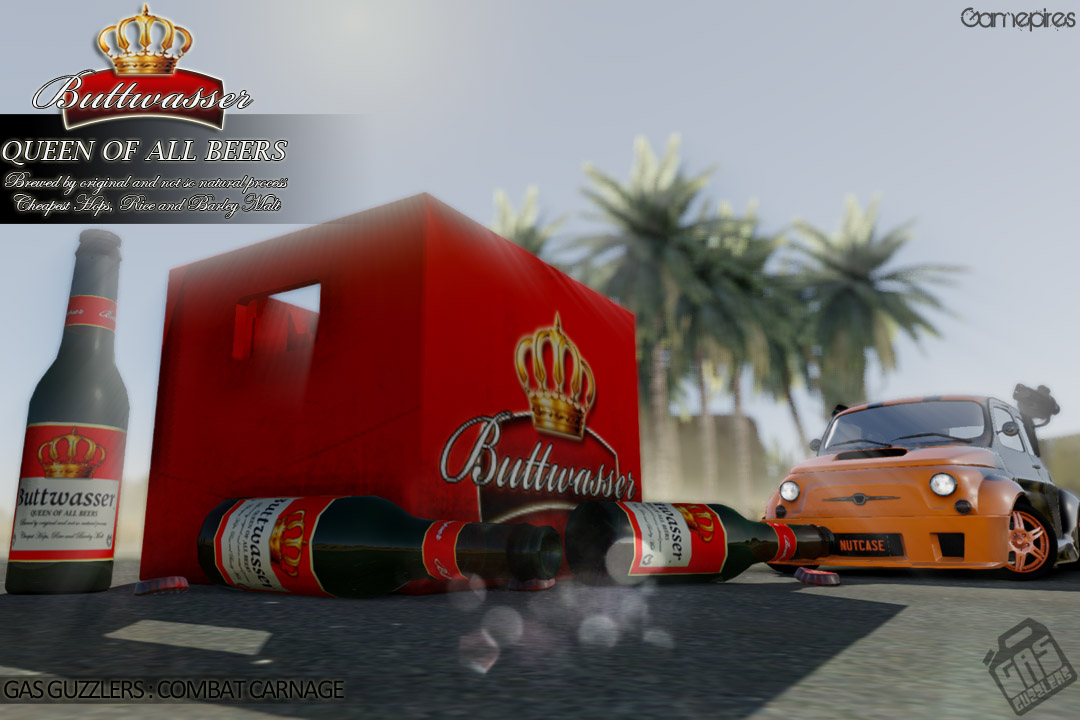