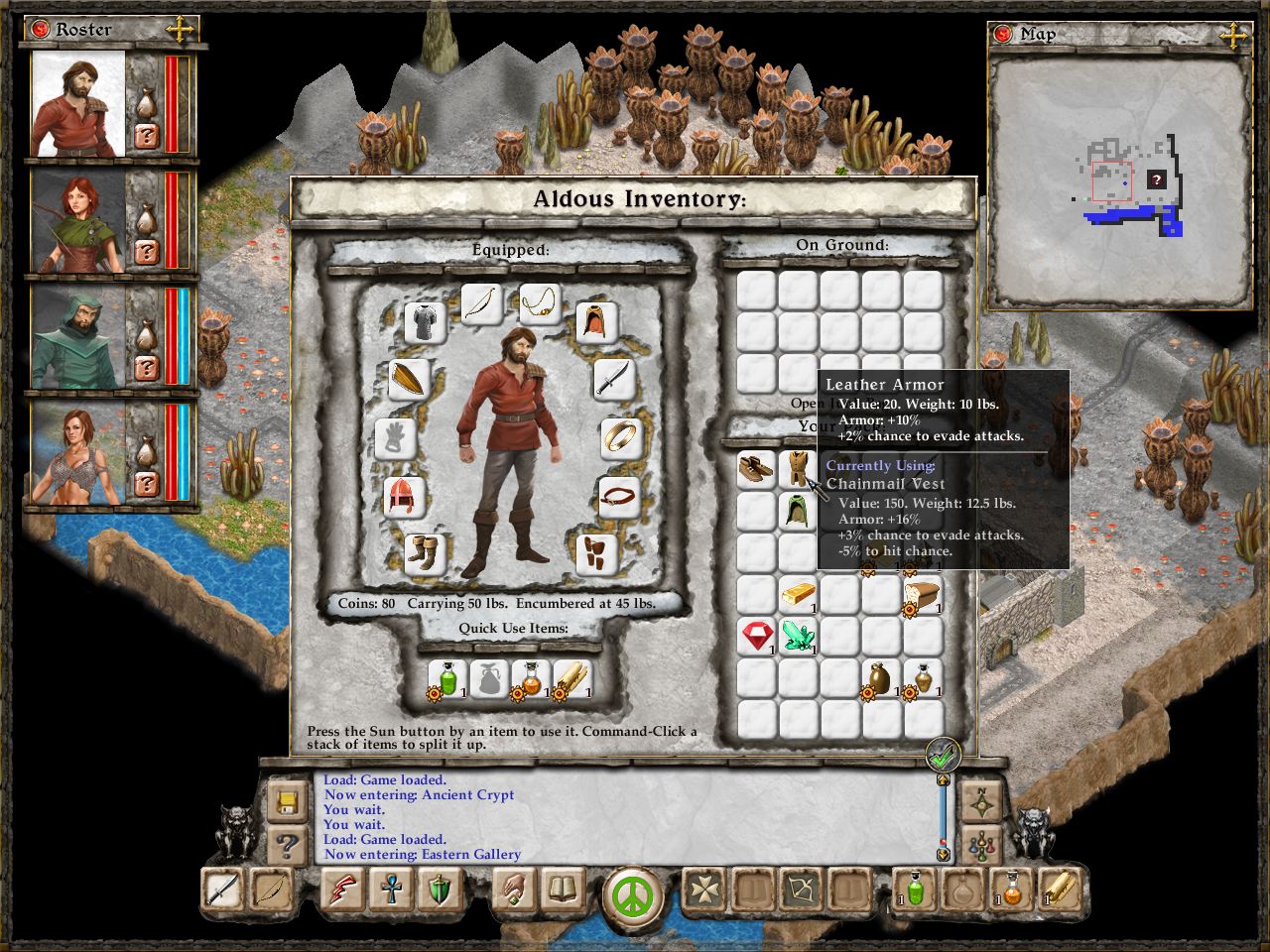 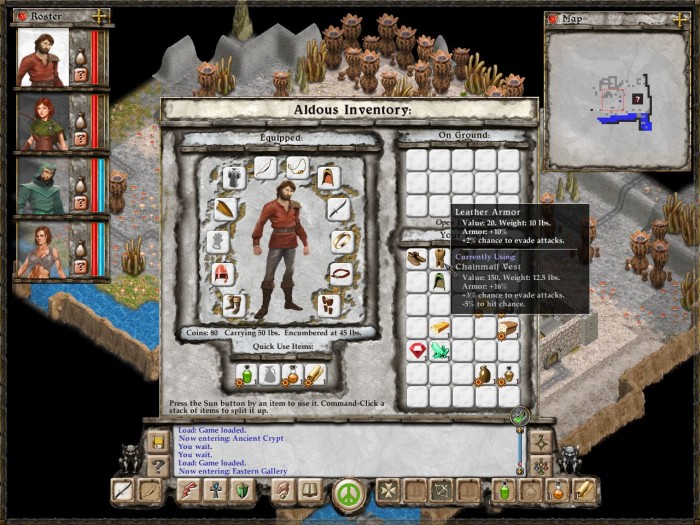 I did not play the previous Avernum titles from developer Spiderweb Software, so I did not have a foundation of details about this game world going in to exploring it, but that did not seem to be required in order to understand the type of game I experienced here. I will start with the opinion that this game is probably not going to be for most younger generation (i.e. new) gamers, having not grown up with older RPG titles in the vein of Ultima or turn-based D&D titles. That being said, if you enjoy a more old-school approach to RPGs, one where meticulously plotting out each of your characters actions in a tactical, slow paced grid, then this might just be the indie game for you.

The game uses text boxes with some images to unfold the story of the land you play in, and these can be quite lengthy – so I hope you enjoy reading. You essentially begin by selecting a party of 4 from pre-made classes (or for advanced users you can build your own). You then begin play, having been cast into the depths of the underworld along with countless others that have spoken out against or defied “The Empire”. A vast underground network of caverns and NPC towns dot the landscape, and very early on the player is set free to explore the land in any direction or path they choose. Each of the various towns the player comes across will have content for the player to explore (in the form of quests and job boards). In standard RPG fashion, you level up the members of your party and select new bonuses and acquire better gear.

The user interface was actually quite good (and much better than I expected from an indie title). It was easy to navigate and figure out in less than 10 minutes, given some RPG experience, and seemed pretty flawless and defect-free. Statistics and selected Traits (improvements selected from a list) were easy to manage, as was a log for quests and the paper dolls for managing gear. Any objects on the ground can be easily reviewed and picked up by simply standing on the item and opening the paper doll (a box displaying items on the ground with drag-and-drop functionality allows easy access at this point). Look and feel of the UI, and graphics in general, reminded me a lot of 90s RPGs, and took me back to a different time.

The audio in the game is relatively simple, with basic music at times, and sound effects when traveling based on the zone (dripping water when wandering a cavern, or crowd noises when exploring a city, for example). Some of these sounds would repeat ad-nauseum, but going into combat made up for this for me, with good attack noises for spells and weapons. All in all don’t expect anything on par with a full mainstream production game, but for this title it worked, and again served to reinforce a different era in gaming for me.

I would recommend this title for anyone looking to revisit turn-based RPG gaming nostalgia from their youth, but it will require more patience than modern RPGs (no hand holding here). I was initially feeling like the 20 dollar price tag for this game might be a bit high – but after playing through a good portion of the game, I believe the 20 dollars is fair, and worth the cost of admission for avid RPG enthusiasts that grew up on MUDs, D&D titles, and Ultima games.