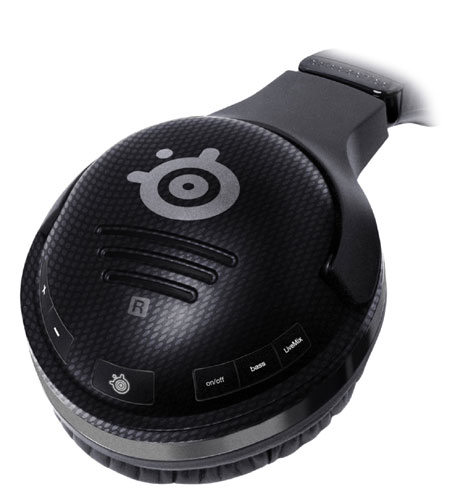 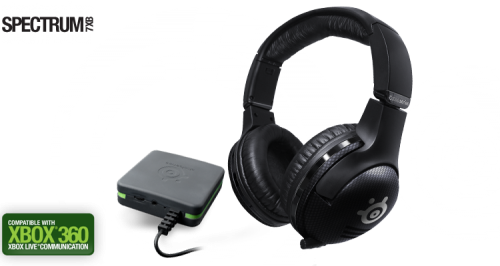 SteelSeries has been known for years as one of the leaders in premium gaming equipment.  Quite often it may cost a little more than other brands but for good reason, you know that you can expect great quality and versatility. So when I had the opportunity to review their latest Spectrum 7XB Gaming Headset I was more than just excited, I was downright thrilled.  My XBox headset was Microsoft licensed and worked fairly well in it’s one earpiece but my mic was finicky at best.  There had been plenty of night’s gaming where I just passed on the headset which caused me to lose some valuable intel but improved my comfort and placated my frustration with the poor microphone.  So to get my hands on a SteelSeries was a very exciting moment indeed.

I had checked out and compared many brands of headsets at trade shows, conventions and testing for sites and I had a couple brand names that began to stand apart and SteelSeries was one of them.  What surprised me was that the 7XB was actually outperformed most of the SteelSeries I had  checked out over the years.  They had obviously taken even minor customer concerns into consideration and had worked them into the latest release.

The setup of the headset is not timely but it is a bit technical and definitely involves reading the directions mainly because of what it can do and the options available. It takes only a moment but you definitely need to read the instructions.

For long gaming sessions comfort can be almost as important as performance because no matter how good it sounds and communicates if it causes you headaches from weight or smashing your glasses then it will not get it’s proper use.  Not only are the 7XB extremely lightweight but they are designed to rest the cups comfortably on the ears while at the same time allowing space for glasses.  Even if part of the cup does press on the glasses they are so amazingly lightweight that they don’t compress the arms of the glasses into your temple so they wind up being some of the most comfortable ones on the market.  One side is slightly heavier due to the AAA batteries required but it is a fairly unnoticeable difference that would practically require you to weigh to even know.  The microphone section actually curls back into the headset to be out of the way if you are not talking on it which adds to the comfort of the headset by having it out of the way but also when it is slid out of storage it is very lightweight and adjustable.  Comfort wise the only slightest improvement I could even imagine would be if they didn’t have to plug into the XBox controller at all and were completely wireless but since the cord is of a comfortable length and adds a very conveniently located mic button at the controller even this issue borders on a feature rather than an issue.

Powered by 50mm drivers the sound is encased in nice, comfortable ear cuffs that are an immersive audio experience that doesn’t rattle the house’s windows.  Sounds seem to come from the direction they were intended which though obvious in plenty of games stood out pretty well in Blur, where cars are striking from the sides, your weapons are firing at things in front and you are getting attacked from behind.  So much sound going on and yet determining their direction in a few seconds is really important to survival.  At the same time there is chatter from other players in Blur and other games and this is another interesting place where these headsets shine.  If another player speaks and you have your headset set on the LiveMix setting then when they speak the game volume drops so you can hear team chat then when they finish speaking the game volume came back up.  This made it nice so that you could still enjoy the game volume at higher levels while not having to worry about missing important instructions or tactics.  And if this doesn’t quite give you the mix you want there are separate locations to lower or increase each of the channels to set them just right.

As well as individually adjusting track levels you can also choose equalization to add even greater depth to the game sound.  The equalizer has four setttings: Normal, Performance, Immersion and Entertainment.  Normal is equalization off and normal game sound, Performance amplifies high tones and is perfect for those FPS where you are listening for every gun reload and step on a path at an ambush spot.  Immersion kicks the bass up and you feel the gunshots and explosions rattling through your head (this one takes a little volume fine tuning to keep from causing ear damage) and Entertainment is just what the name implies, if you are using the headset to watch a movie, listen to music or play a game without a high importance on the sound or any team chatter.  When doing the last the feature of tucking to microphone into the ear cup makes it easy to enjoy a streaming movie on console or PC without having to twist the mic out of the way while eating or drinking. 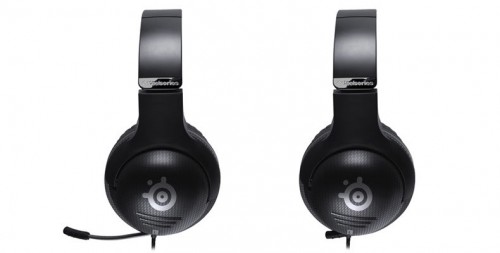 As just a headset for listening the Spectrum 7XB is compatible with Xbox 360, PC, Mac, Wii and PS3.  There is no team chat with them on the other systems with the PC in particular you may want a separate microphone set up for audio recording or transmission anyways.  The Spectrum 7XB is great because it has such a crisp sound transmission it can just be used as headphones for so many different things but it can be hard to bring yourself from unplugging them from your XBox since they are such a solid addition to it’s gaming system.

The headset is reinforced at key points to help with durability since there are certain sections of a headset that tend to take more stress than others.  The cord that travels down to the XBox controller is wrapped in nylon parachute cord to prevent knotting and kinking, additional joints have been placed at areas of stress to allow extra movement and the whole headset is designed to break down into four parts to prevent damage during travel.  Add to this that the microphone tucks safely into the headset and is wrapped in flexible metal and durable plastic casing when it is extracted and this is definitely a headset that if you treat it right will last you a long time.  Besides if you are someone who can’t keep your temper and throws your headset against walls you don’t need to invest in quality headphones, you need to invest in foam and duct tape, maybe some spackle as well.

Gaming headsets can sometimes have a bit of a lack of style, often looking like they are designed for survivability rather than style.  This headset is designed to look like high end very stylish headphones that happen to have a high quality very stylish microphone slide out of it.  These things are enviable if they were just a wireless headset being used in your living room to listen to music or watch a movie without waking up the roommates (or wife).  Then when you reach down and plug it into your controller and slide out the amazing looking microphone there will be that moment when your buddies look at you and just say “Damn.”  Then when you let them try it they will either be buying them or saving up for them.

SteelSeries is known for their quality products as well as their style and the Spectrum 7XB gaming headset is absolutely no exception.  I took the headset off of my Xbox 360 controller to test it out but it is going right back onto the controller as soon as the review is over and it may never come off there again.  Ok, maybe when I am injured in bed and want to play one of my gaming systems in the bedroom without waking my wife.  Ok and when playing games in the computer room that don’t bother with team speak.  Ok and maybe, well you get the point.