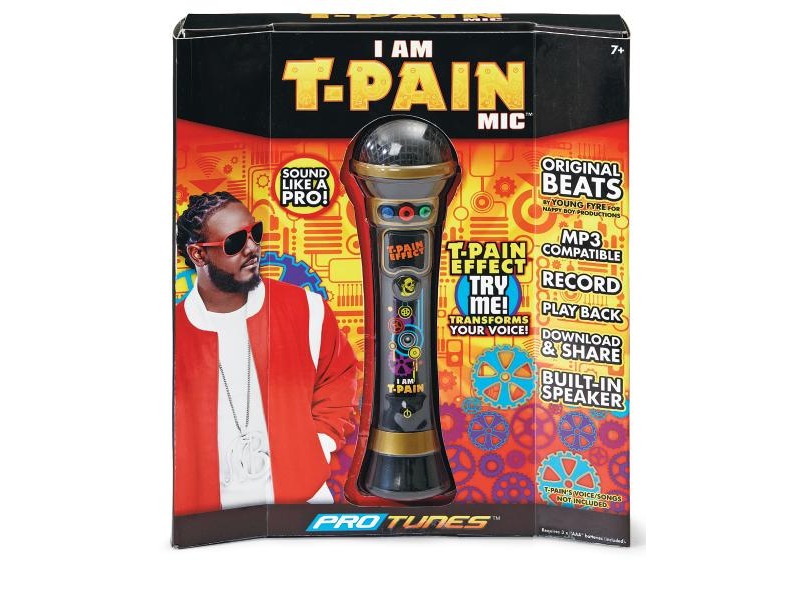 The I Am T-Pain Microphone Review 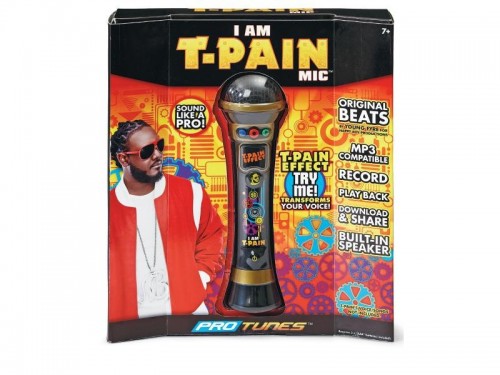 T-Pain has taken his name and made it synonymous with “auto-tune” over the years and there have been different ways to use this technique which he has marketed on various platforms such as the iPhone and the PC.  It helps people, like myself, who have no musical talent whatsoever sound both bearable and amusing and has spawned a generation of auto-tune players.  There are some, again like myself, who are so tone deaf that even these programs can only help so much and to help mask my painful tones T-Pain came out with the most user-friendly and party perfect version of the T-Pain effect out there: an all in one microphone.

Ellen had T-Pain on her show to discuss the microphone effect and Ellen showed just how easy it was to make a professional sound without  professional training or even necessarily the best lyrics:

After his appearance on the show (and the almost two million YouTube views that have followed) there became a huge demand for the iPhone app which went on to become one of the best selling apps of all time for them and is still a hot seller and well known today.  But let’s face it though half the fun of this is the party environment that it can create and so T-Pain and CDi got together and created the most user-friendly and fun version of it, a microphone that takes you right into the energy of the Ellen show but with a simplicity that even a child (or highly intoxicated party going adult) could operate.

The buttons on the T-Pain microphone are pretty straight forward and self-explanatory.  There is a blue button to give you some different background beats, none of which are from his songs though those are available for sale and can then be plugged into the mic via an input jack and an MP3 player.  The red button starts the record and then you hit the effect button to turn on and off the auto-tuning.  When done, you just hit the record button again and you can then hit the green playback button.  The lower section of the mic doubles as a decent speaker system for the microphone though you can remove that and plug in a different speaker set or put the microphone into a USB adapter and download your song as an MP3.  From there you can share it with the world!  Or play it on your iPod friendly stereo system at your next party to show your friends how great, or in my case, how horrible you are (honestly I think I would probably violate some FCC regulation about sound pollution).  I can’t describe the level of bad I am but the microphone performed like a hero trying to help me.

The only issue I came across with the microphone was the short record time available.  I guess the idea is that if you come up with a 3 minute song you really like you can plug it into a computer and save it down real quick and then go back to playing with it but in the middle of a party that doesn’t seem to practical.  I came up with a pseudo solution by attaching a recorder to the headset output or speaker output but that kind of makes it awkward.  My hopes for this mic in the future would either be a larger recording hard drive or make it micro disc compatible so you fill up a disc and load in another one so that the party never pauses and the recording can go all night.

So many party toys and games require setup or other systems such as consoles or computers to play.  The iPhone app, which I have used much to my wife’s pained ears, is a lot of fun but really can only be used by one person at a time and is designed to be listened to by one person at a time.  The I Am T-Pain microphone takes all these drawbacks and fixes them by putting them into the format all those people watching The Ellen Show that day wanted, a cordless microphone with built-in effects and beats that turns a little black stick into a party. And if you want, or dare, you can share it with the world.