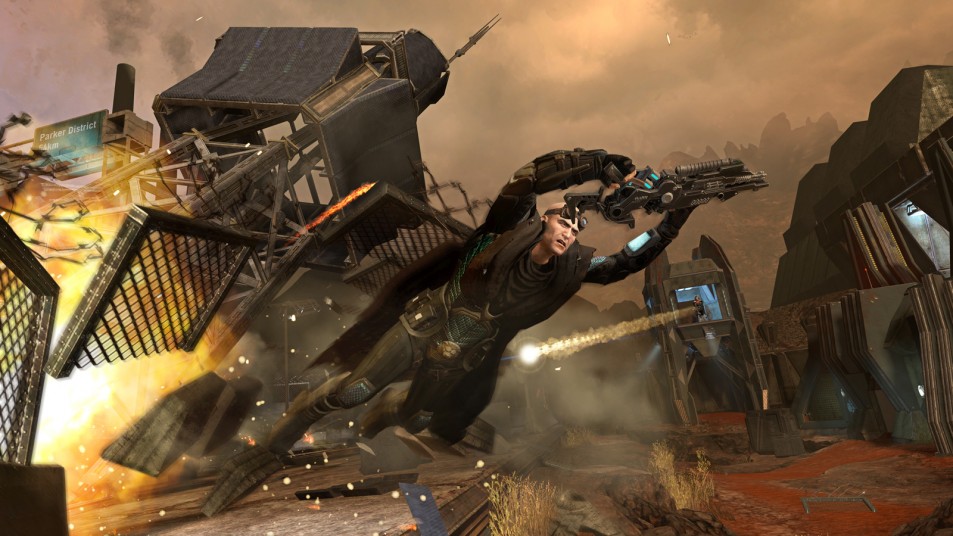 When I first started playing Red Faction: Armageddon I was a little confused.  Wait I am supposed to take a hammer and smash a wall?  Ok…BOOM goes the wall.  Pretty darn cool.  So for a while I went around all smashy smashy.  Well what do you know, this game rewards you for smashing everything in sight, smashy smashy smashy.  And boy do I wield a mean hammer!  Thor eat your heart out.  Let’s try the other weapons, not bad there either.  Then along came monsters and I got a little nervous.  Heck there I was following a trail of very ugly corpses to get here, this was going to be creepy and nasty.  Only it isn’t really, the beasts, though creepy looking, are all the colors of the rainbow and when I start swinging my hammer the walls and heaven above thunder and quake.  If I miss the beasts I might hit a pillar, then they get crushed by debris.  Nice!  They start attacking in great numbers causing me a harder time but as long as I have a good working concept of cover and don’t try to charge through every fray I move up through the levels fast and fun, though without a lot of fear maybe partially because of the fact that it is a third person shooter.  I think a lot of it has to do with amazing weapons and the plentiful ammo. It just kind of renders the enemies inferior and I feel like a juggernaut as I tear through them over and over again, varying it up, finding what works best for each particular weapon but I just keep moving along, collecting corpses and upgrading attacks.  There is a fun, large variety to choose from but in the end it really comes down to one.  the Magnet Gun. 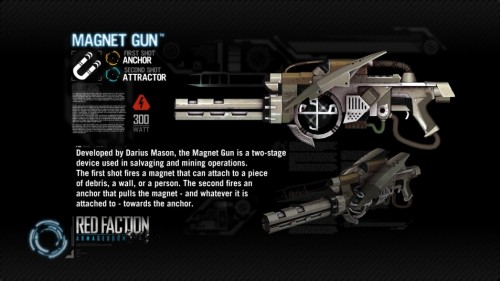 Once the Magnet Gun came into play I started clearing levels using just it and my hammer. All the other weapons remained on full ammo as I went through and beat everything in the distance with buildings, yes I threw whole buildings at the aliens and watched them smashed against cave walls, then took the aliens corpse and threw it at another alien.  Some may try to compare it to an energy grapple gun in another game but this is both harder to control and much more amazingly destructive.  In that one you had to grab a piece of metal or an enemy’s body part, something small, and hurl it at something else with sometimes with a weapons precision.  With the Magnet Gun however, you pick what to pull and where to anchor it. Say you pick a 4 story metal walkway and pick a single enemy and suddenly a whole walkway is smashing into it.  I even forgot about the hammer at one point and threw various buildings own walls at each other from the inside like an implosion. I would throw the base of the tower into the top of it crushing it like a can. I could also shoot an enemy then shoot a beam high in the caves and cause it to go flying through the air like a rag doll and crush its head on the beam.  When all wreckage was on the floor I would sometimes take the corpses and slam them against a steel wall.  Just because I could and because in a sick way it was kind of funny. 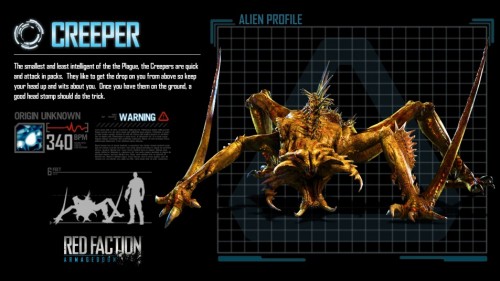 There are a few other vehicles you get to use, such as a mech walker, a spider tank and a compact flyer.  The mech walker and spider tank are pretty dang impressive as long as, once again, you take your time and don’t rush into the middle of situations. They are practically invincible and can do massive amounts of damage and destruction as you move along with them.  Their unlimited ammo also makes them fun for just shooting and blowing up every single scrap in sight.  The flyer is a little different story, the rockets are outstanding but slow to re-power, the gun is a little weak and the armor is downright weak.  I came really close… ok I can swallow my pride and state that I got killed in it a lot.  Most of the game takes place in tunnels or caves which means you just follow the path in front of you, one way in, one way out.  If you try to backtrack it considers it desertion of mission and kills you.  In the case of the flyer you are in an extremely tight tunnel, very much a Matrix-like feel to the tunnel and the flying, and enemies blast the crud out of you with little room for maneuverability.  This was probably the most painful part of the game to work through and unlike your godlike fighting status throughout the rest of the game you feel like a fish getting shot in a barrel.  Even when you are a fish in a barrel you are a graphically great looking fish, the visuals are incredibly crisp, the sound is excellent and the destruction shows amazing detail in every single piece of debris. 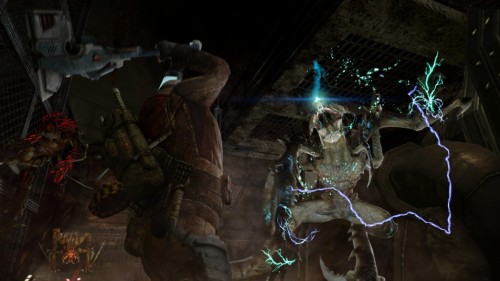 This game is an absolute blast.  I guess I was expecting more of a survival horror and this game falls somewhere between Dead Space 2 and Halo, which when you think about it is truly not bad company to be keeping.  The creatures are scarier than Halo but not as creepy as Dead Space 2, the weapon variety is actually better than either and the enemy toughness falls somewhere in between the two.  The key is this game has massive destruction capabilities and provides the perfect weapons to destroy just about everything in sight.  You get your hammer for smashing through walls and even the floor if the doors or the stairs sound boring and they have the Magnet Gun which is almost like a wrecking ball in it’s destructive nature and takes your damage possibilities to the limits only of your imagination.  Honestly this game, partially because of the quirky dialogue and mostly the damage system, doesn’t take itself as serious as the other two and is mostly about giving you big guns, fun targets and letting you destroy the world.  There are even special game modes such as Ruin which it literally just designed to destroy everything in sight and four person co-op multiplayer where you get to see what happens with four Magnet Guns and hammers getting wielded at the same time. Talk about destruction and chaos!  This is the part where I have to decide whether or not I would recommend buying this game.  Is it just a stamp of another that you might already have?  I think you have probably already figured out that I think it is a game of it’s own, designed with fun destruction in mind so that it doesn’t take itself quite as serious as some other games in the genre.  The game has over 10 hours of playthrough just on campaign mode if you play through once, and then there are achievements to be had and different weapon combinations to be tried and that is without even bringing the multiplayer mode into consideration which can be as different as the players who play it. Red Faction: Armageddon is totally worth its price. 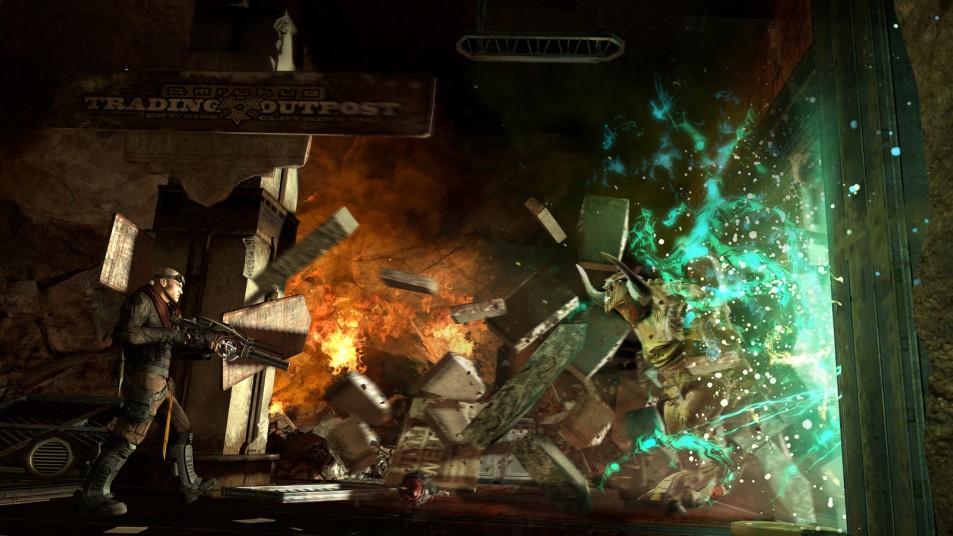 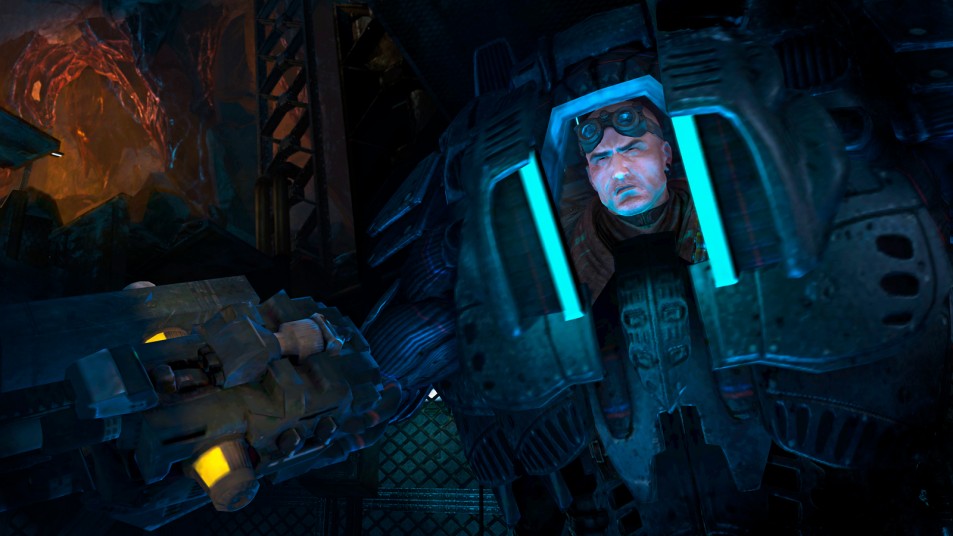 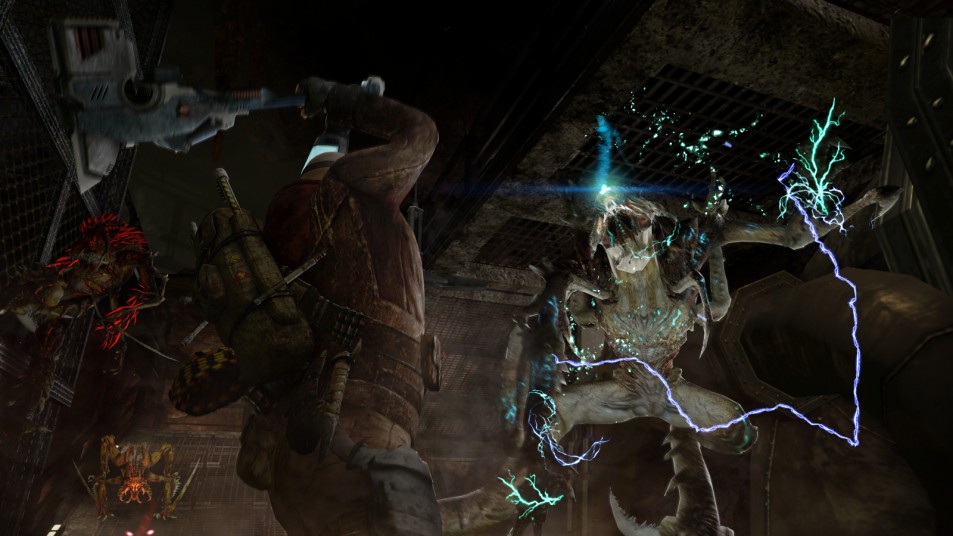 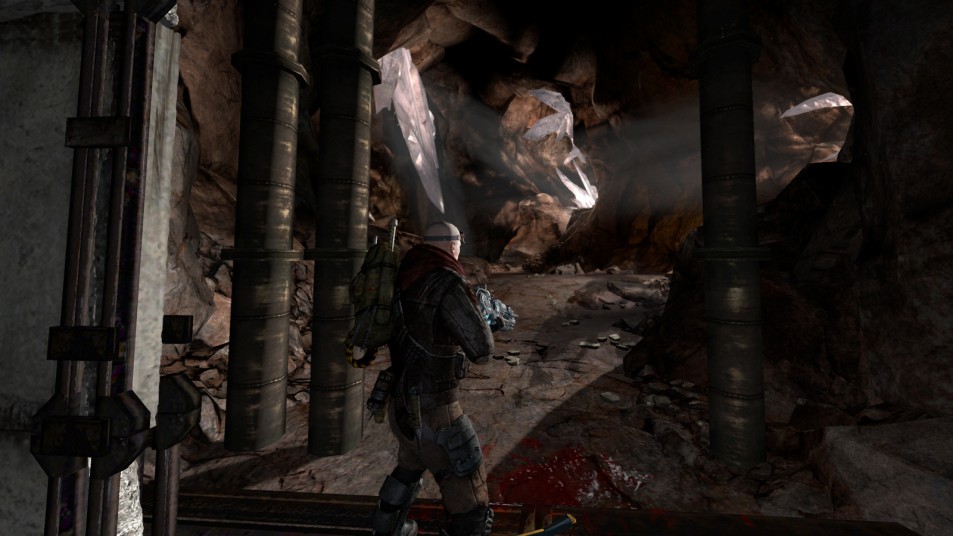 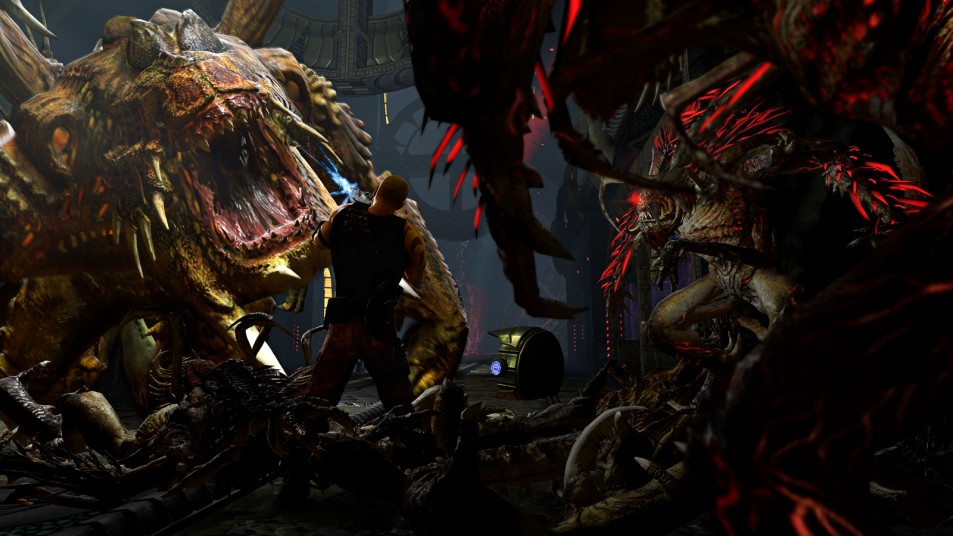 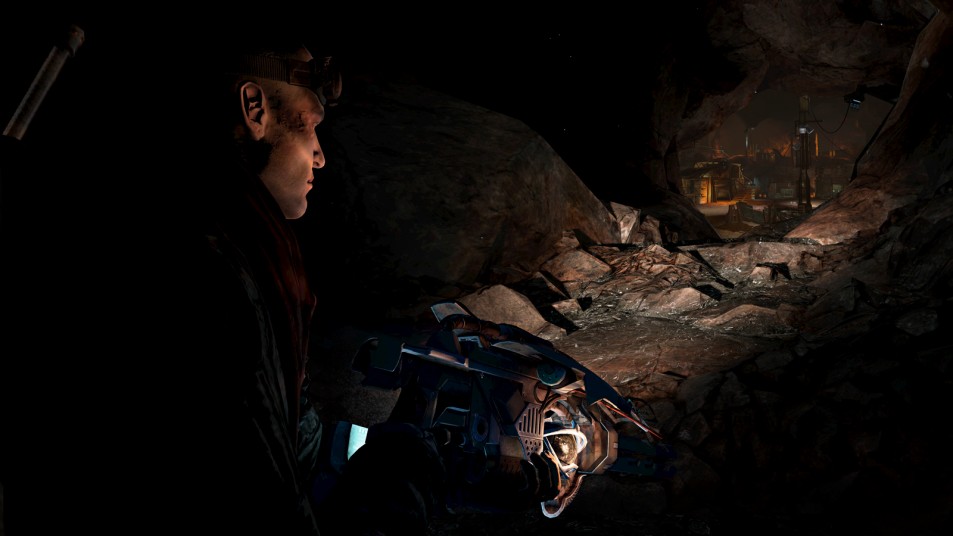 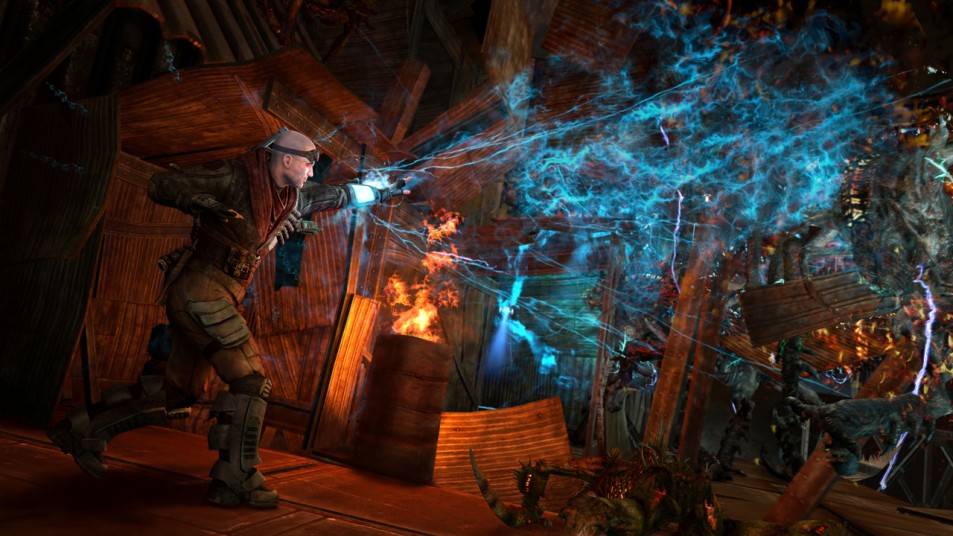 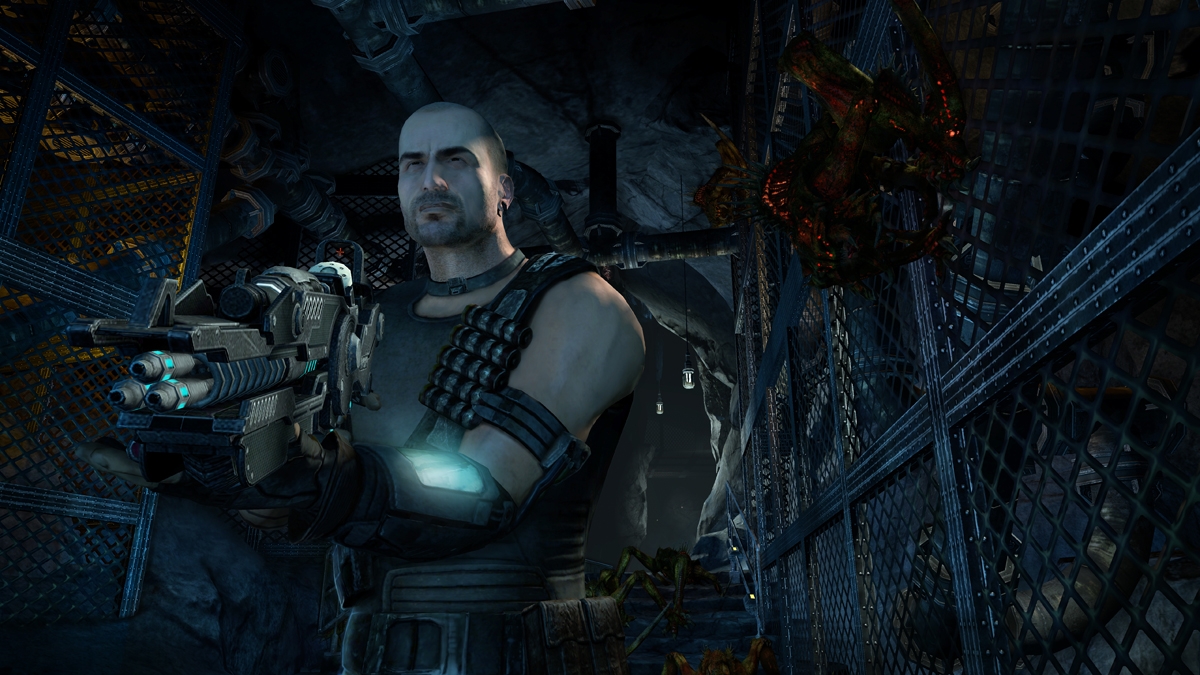 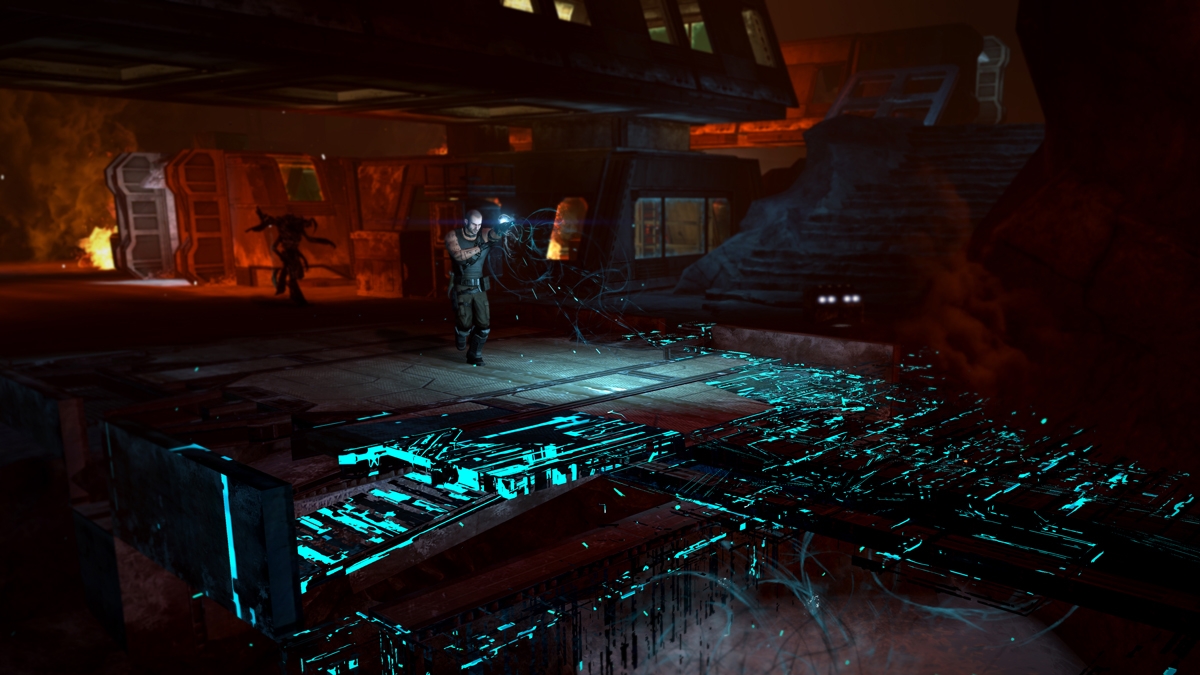 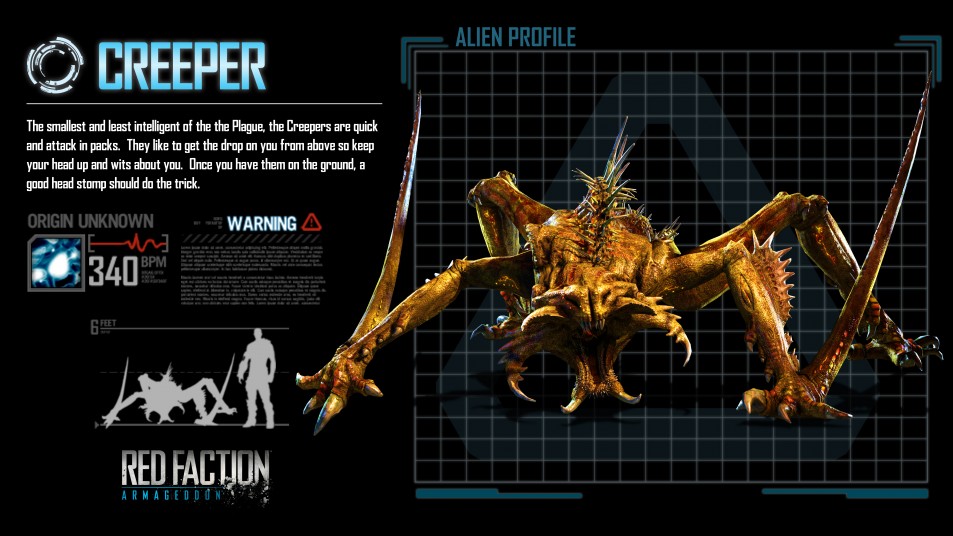 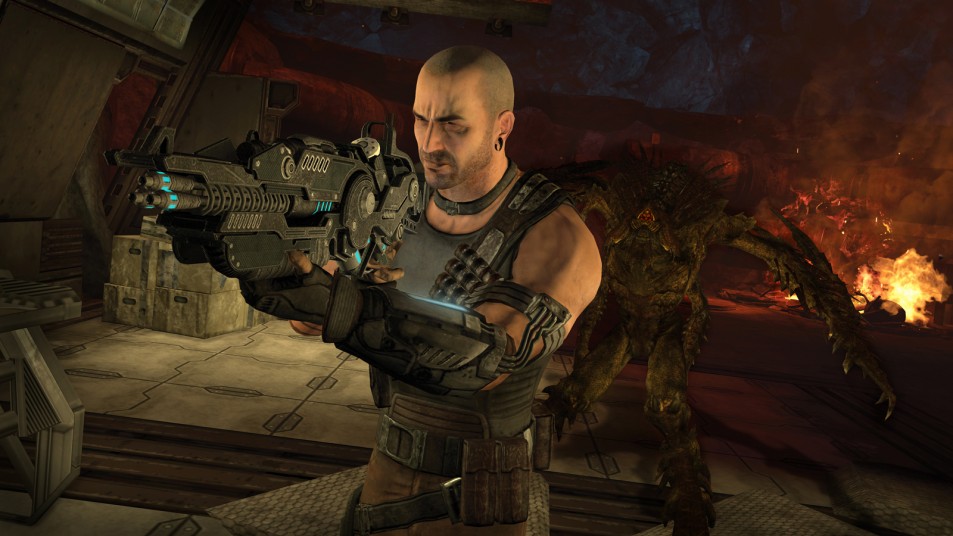 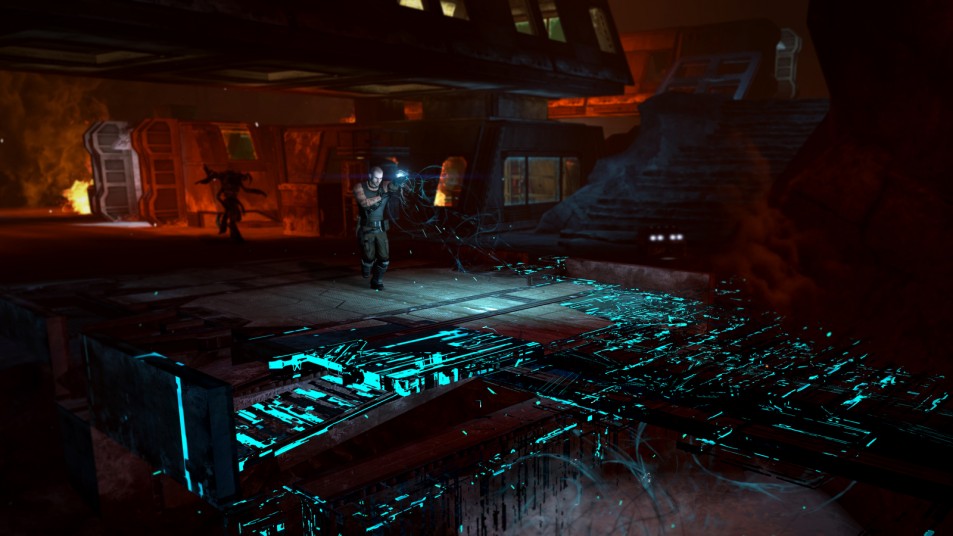 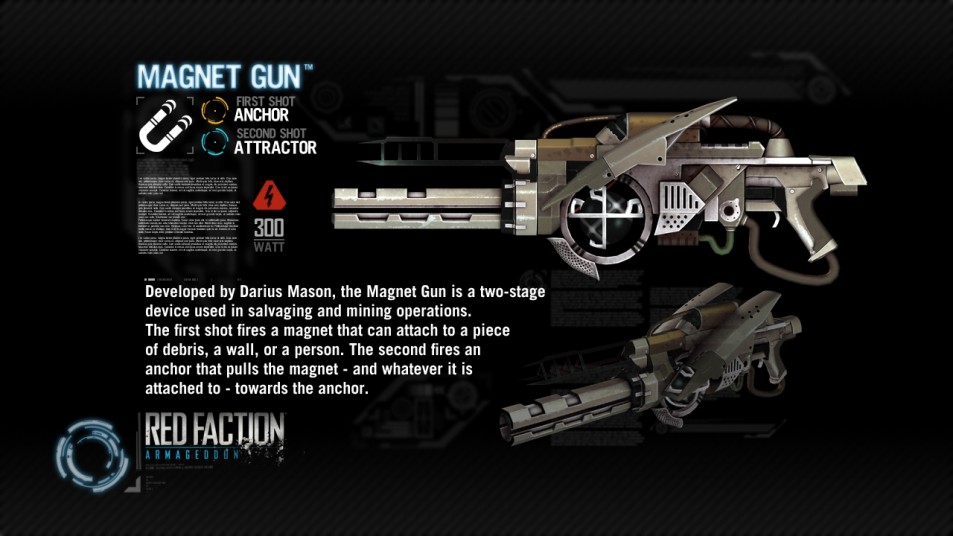 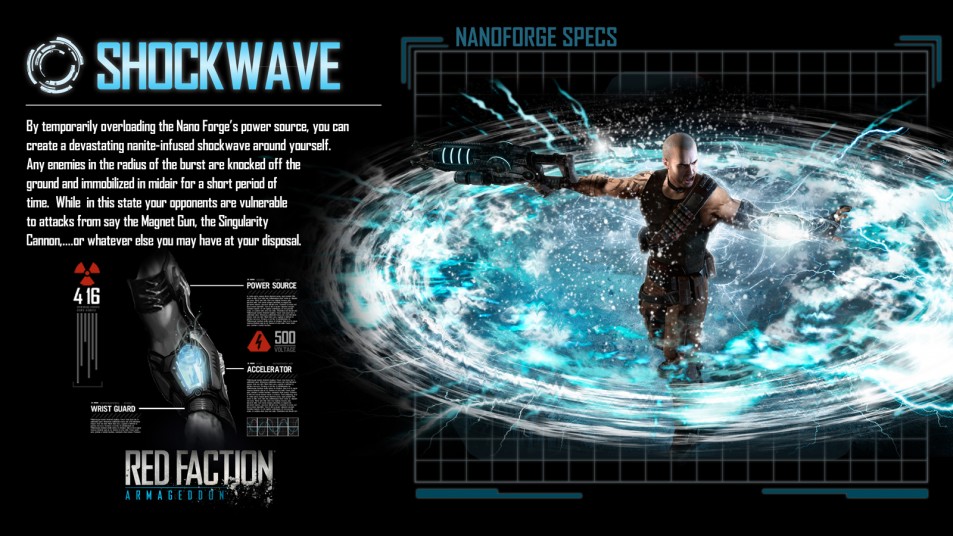