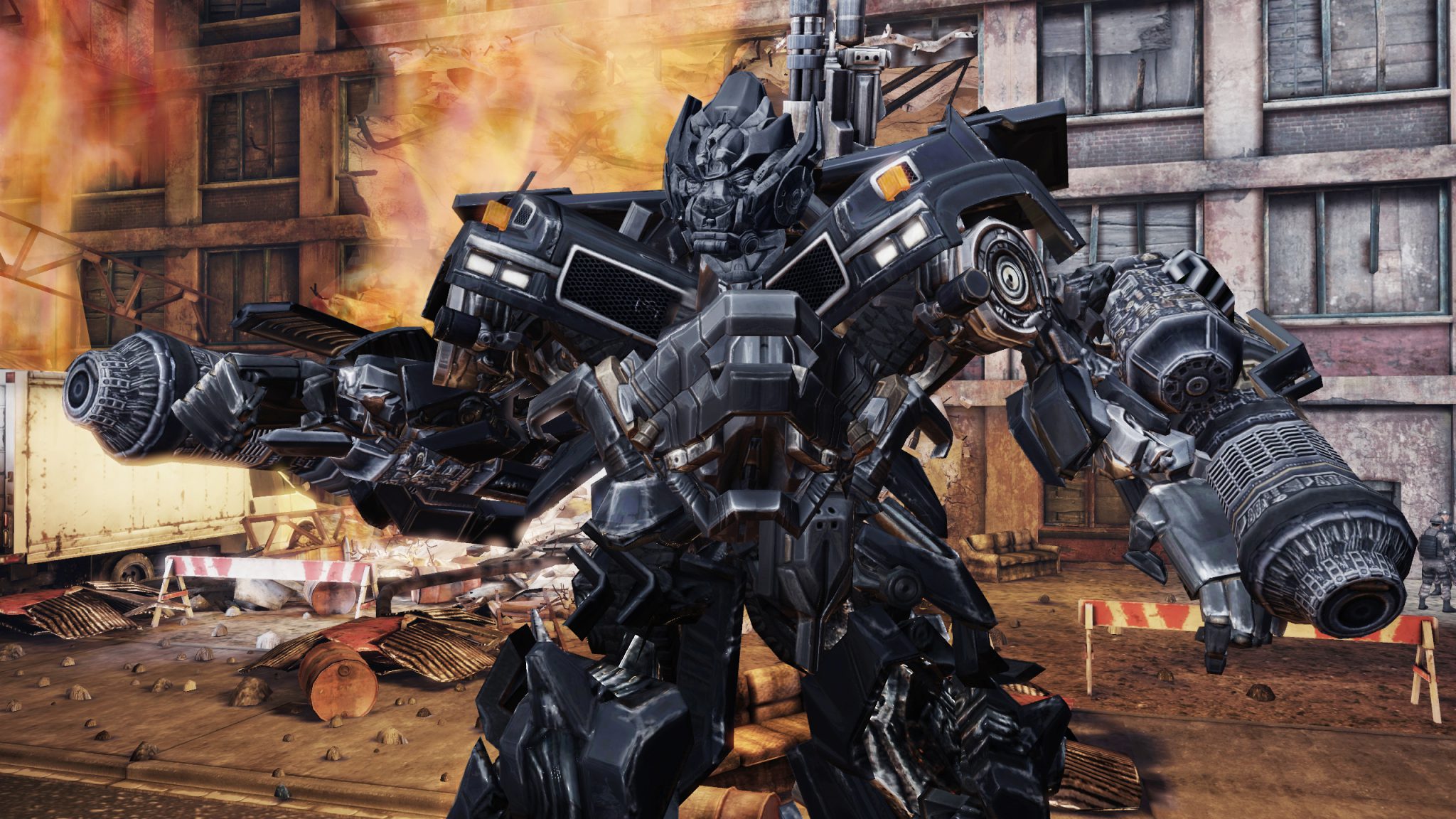 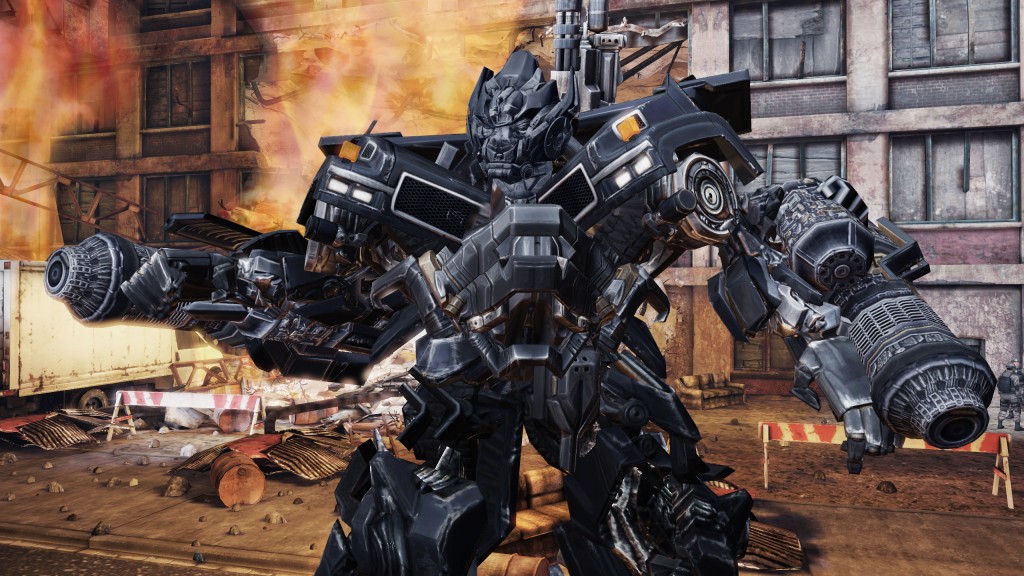 In Transformers: Dark of the Moon, the latest title from Blue Moon Studios, you take the wheel as both the Autobots and Decepticons, racing toward the ultimate showdown featured in this summers big budget explosionfest courtesy of Michael Bay. Does the game live up to the thrills of the movie or is it just another in a long line of mediocre tie-in releases? Find out our review!

I’m going to get this out of the way early. Dark of the Moon is not a good game. I’ve said it and I’m not taking it back.

I grew up with the Transformers as a child of the eighties, I’m almost thirty and I still occasionally buy a Transformers toy (ssh! Don’t tell my girlfriend!), and I’ve managed to turn off most of my brain to take enjoyment out of the films. I am a die-hard Transformers fan and that made it so much harder for me to feel disappointed at this title, especially given the pedigree Blue Moon has established with the excellent Transformers: War for Cybertron.

With the roadmap laid out for them courtesy of War for Cybertron, a solid game engine and a full games worth of assets to fall back on, you’d think that Blue Moon would have a solid springboard to make a stand out movie based game. Instead what we are given is little more than the previous game’s engine wrapped up in a lackluster shell.

The story of the game follows the lead up to the events of the film. As the Autobots you are investigating the Decepticons activities on Earth, uncovering relic technology to bring forth an army to enslave humanity. As the  you are charged with tapping into human communications and guarding your plot from the Autobots. While it could have been interesting to choose a side and character to play as, instead you switch characters on a per level basis, each level taking advantage of a particular character’s strengths. Halfway through the game you change sides from Autobot to Decepticon, stripping away any chance one would have of becoming invested in the plot.

The level design is essentially a series of corridors loosely populated with generic enemies. There is little to no variation on the challenges faced which is extremely disappointing. I found myself quite bored an hour or so into the game when I realized this was going to be nothing more than running from room to room spamming enemies with missiles. No challenge, no strategy, no real hook to keep you interested in the gameplay.

It would have been interesting to be able to choose your own character since you can see that there was at least some thought put into differentiating how the different characters would play. For instance, Bumblebee is a very straightforward infantry type while Ironhide plays like a tank and Mirage is suited towards much stealthier gameplay, especially with his cloak and melee combat abilities.

What we get instead is a game that wants you, it seems, to play almost exclusively in your vehicle mode. When you shift to vehicle form you are now able to take much more damage and your unlimited artillery deals out an unbelievable amount of punishment compared to your robot form. With very few instances where you actually need to use your robot form for some mild platforming, I found this to be a game that felt almost like a cheap Twisted Metal rip off.

On top of an already broken gameplay experience, Dark of The Moon adds boring, flat textures, hokey talking head FMV cutscenes and horribly placed mid level load times. The only standout piece to this game is the multiplayer, lifted almost straight from War for Cybertron but adding nothing new to the mix.

Save your sixty dollars here. It is much better spent on taking your significant other to see the movie in some of the best 3D work since Avatar. I hate trashing a game, but there is no excuse for such a short and broken piece of work as Dark of the Moon.