SteelSeries, long-known for their high-end gaming peripherals, recently launched their latest gaming headset – the Siberia V2. The original Siberia headset has been around in some form or another since 2001, so it was high-time for an upgrade or two.

DESIGN/QUALITY
The Siberia V2 features either a white or black plastic frame utilizing an over-the-head suspension system. Putting them on takes a bit of getting used to, as you need to raise the inner suspension band instead of just placing them on your head. The benefit to this suspension design is that it feels a lot more comfortable than standard headsets as the suspension band is far less weighty on the head. The weight of the Siberia V2 rests on your ears. It also features twin 50mm drivers which are 25% larger than the ones found on the original headset. The increased range of these drivers (10-28,000 Hz compared to the originals 18-28,000 Hz) means that you can hear more of the intended original sound source. The soft leather earcups are very comfortable and do not bend your ears or put unnecessary pressure on them whatsoever. The microphone is retractable in the V2 (unlike the V1’s external lapel microphone), featuring good sensitivity and clarity. 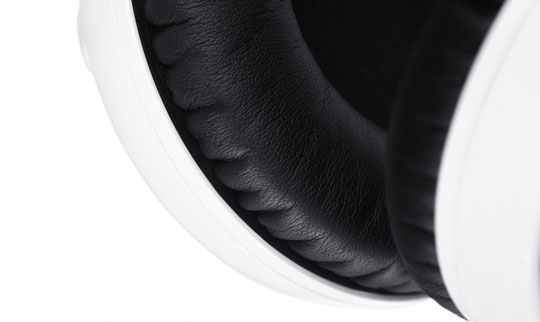 Something I really missed on the Siberia V2 is the braided cables which can be found on SteelSeries’ 4H and 5H gaming headsets. The braided chord eliminates twisting and knotting while also giving it much more strength than plastic insulation alone. This is a feature that SteelSeries is remiss in not including with an otherwise well made headset – especially one meant to be worn for long periods of time in tournaments.

INSTALLATION
Installing the Siberia V2 is as simple as can be. Just plug the headset into your PC’s mic and headset jacks and you are in business. There is no special software or anything to install. There is a variant of the Siberia V2 which comes with a USB sound card providing virtual 7.1 channel surround sound. With that version, I would not be surprised to find a driver disc. Not so in this case, however.

USAGE
I used the Siberia V2 for many hours of gaming, from action-packed RPGs like Dragon Age: Origins to frenetic wargames such as Call of Duty: Modern Warfare 2 and Operation Flashpoint Dragon Rising. In each of these gaming experiences I did not find one issue with the audio – they each sounded great and the stereo separation was well-pronounced, allowing me good distinction as to where bullets were being flung at me from.

In Operation Flashpoint Dragon Rising, I even participated in the cooperative campaign, allowing me to thoroughly test the pull-out, retractable microphone. Unlike the original Siberia’s lapel microphone, this one will stay where you bend it thanks to a snake-like cable leading out of the ear cup. Gamers will find both the headset volume and microphone mute controls on a small controller inline with the headset cable. The microphone pickup was very sensitive and my partners in crime always heard me loud and clear (keep the loudmouth jokes to yourselves, people!). 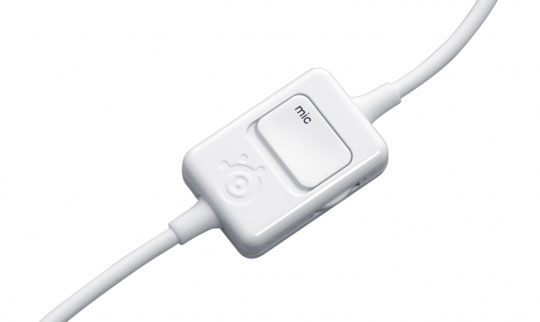 Moving into the music-listening arena, the headset also performed admirably as I rocked out to my favorite tunes. The increased bass response from the 50mm drivers is noticeable and a welcome feature on a headset. Let it also be known that the Siberia V2 can be used on your Xbox 360 game console using the SteelSeries Xbox Connector, further enhancing the headset’s usage.

CONCLUSION
SteelSeries has developed a very good gaming or easy listening headset in their Siberia V2. It provides the sound quality that gamers prefer while also not killing your head after long periods of use. Aside from the lack of a braided chord, the Siberia V2 would make for an excellent choice in a LAN or tournament environment. The Siberia V2 retails for $89.99 and is available now.