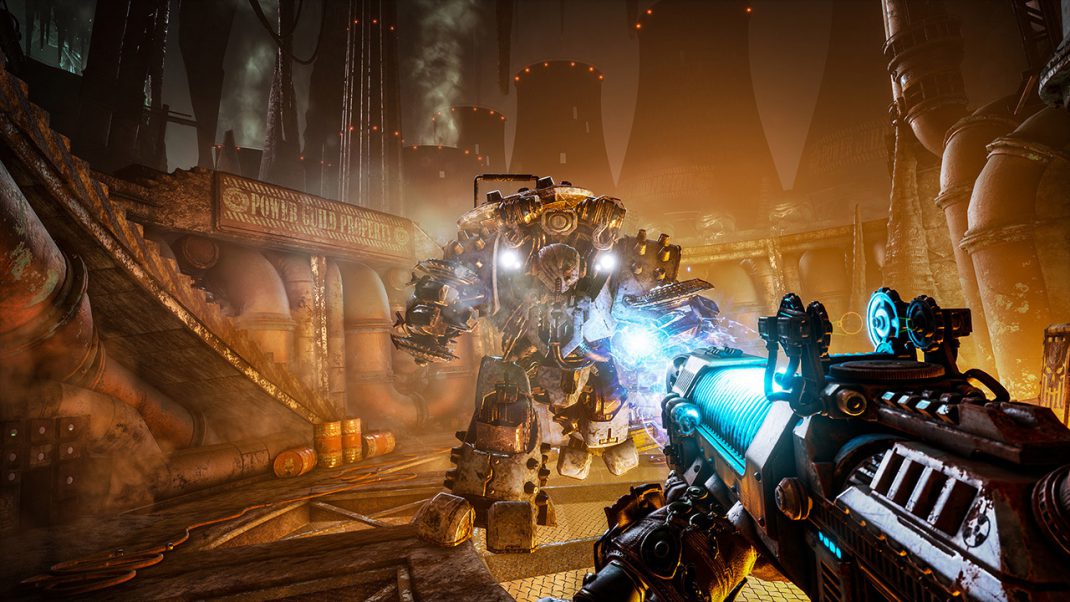 Focus Home Interactive and Streum On Studio have released the opening cinematic trailer for Necromunda: Hired Gun ahead of its June 1 launch. Set in the darkest reaches of Warhammer 40,000’s most infamous hive city, this new video gives you an extended introduction to the treacherous depths of the Underhive, Necromunda’s lawless haven for scum, gangs, outlaws, and bounty hunters looking to become a legend (and make a quick buck in the process). Suit up with new upgrades for you and your cyber-mastiff companion, pick up a high-profile contract, and get to hunting!

Necromunda: Hired Gun launches digitally on June 1 and is available to pre-order now on PlayStation®5, Xbox Series X|S, PlayStation®4, Xbox One and PC. All pre-orders receive the Hunter’s Bounty pack, featuring unique cosmetics for your knife, stub gun and outfit, plus a new dog chew toy for your best friend. Physical copies for consoles will release on June 30.

For more information, check out www.focus-home.com/en-us/games/necromunda-hired-gun.