A mid-season sneak peek of Marvel Studios’ “What If… ?” is available now, showcasing the surprises in store for the final four episodes of Marvel Studios’ first-ever animated series, exclusively on Disney+. Witness the biggest heroes of the multiverse as they navigate alternate realities on a collision course toward an unforgettable finale.

“What If…?” flips the script on the MCU, reimagining famous events from the films in unexpected ways, featuring a voice cast that includes a host of stars who reprise their roles. The series is directed by Bryan Andrews; AC Bradley is head writer.

SQUARE ENIX® today announced that a special Square Enix Presents Tokyo Game Show edition will air on October 1 at 3:00AM PDT. The official stream with English subtitles can be found at https://youtu.be/d-pJiL_wm1M. The program will focus on both new and previously released information on upcoming Square Enix titles. All information relevant to Western audiences will be available on October 1 via the Square Enix press site following the stream broadcast.

In addition to the Square Enix Presents Tokyo Game Show edition, several game-specific stream programs will air throughout the weekend, including the following that will offer English subtitles or dubbing:

Check the official website for more details on these and other streaming programs throughout Tokyo Game Show 2021: https://www.jp.square-enix.com/tgs21/eu_na/

Also during Tokyo Game Show, new merchandise and event limited music products will be revealed for pre-order on the North American and European

Indie developer ACE Team and Good Shepherd Entertainment have revealed that The Eternal Cylinder, the wonderfully bizarre survival adventure game in which you’ve got to explore and evolve or get crushed beneath a giant rolling cylinder of death, will officially launch on Sept. 30, 2021, for PC via the Epic Games Store, Xbox One, and PlayStation®4.

The Eternal Cylinder gives you a herd of adorably strange creatures called Trebhums to control on a surreal alien world where all life must face the threat of… the Cylinder, a gargantuan rolling structure of ancient origin which crushes everything in its path! In this massive world with real-time environmental destruction, you’ll discover numerous unforgettable biomes, deadly predators, and organic exploration puzzles and challenges.

Your Trebhums start their journey at the bottom of the food chain, but they have the extraordinary ability to spontaneously evolve. They can eat a variety of flora and fauna to evolve with dozens of new attributes and abilities to overcome obstacles and escape danger. These mutations stack, allowing your herd to grow with a range of emergent skill combos and creature designs for different gameplay opportunities. 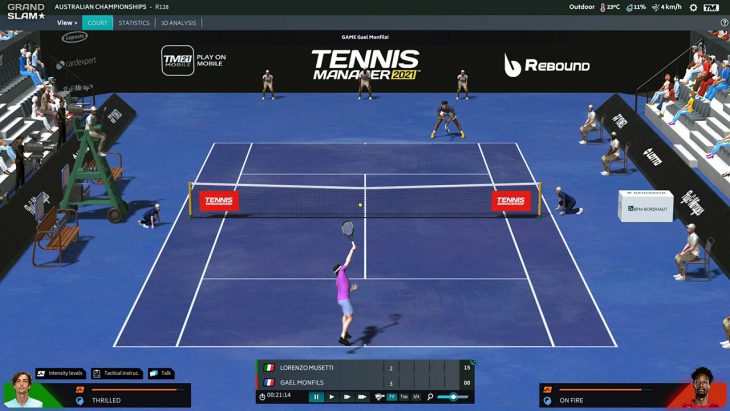 After several months in Early Access and five major patches, the game has evolved greatly, achieving some impressive milestones. To date, Tennis Manager has reached its highest user score on Steam with +85% positive reviews, thousands of players, and millions of matches played (aces and double faults alike!);

Honoured with comparisons to the most successful management simulation, ‘Football Manager’ and a growing audience including a FIFA eSports World champ’ and amazing pro tennis players Gael Monfils top 10 ATP and Holger Rune world #1 Junior, there’s a real audience for Tennis Management simulation. All these sucesses are made possible by our community, whose feedback has been vitally important, helping us to finish the game that we were all working so hard to create.

Tennis Manager’s launch is a huge achievement and an important step moving forward for our small indie studio of 10 full-time developers and we continue our efforts on mobile, as we look forward to seeing tens of thousands of mobile players take a step onto the court in our new adventure.

NACON and KT Racing studio are happy to unveil a new video for WRC 10, the official game of the FIA World Rally Championship, with a dive into the game’s sound recording!

Essential for total immersion, the WRC 10 team paid particular attention to the rendering of engine sounds, recording real racing models and integrating them into the game. A complex and precise process, the recordings allow to capture sounds from different sources and perspectives, in order to retransmit the sound effects as close as possible to the players’ behaviors and actions. Once recorded, the different sources are processed, mixed and integrated into the game on each vehicle. Finally, for the final mix, environmental sounds such as public areas, different road surfaces or the impact of the weather are added for a more realistic simulation than ever! 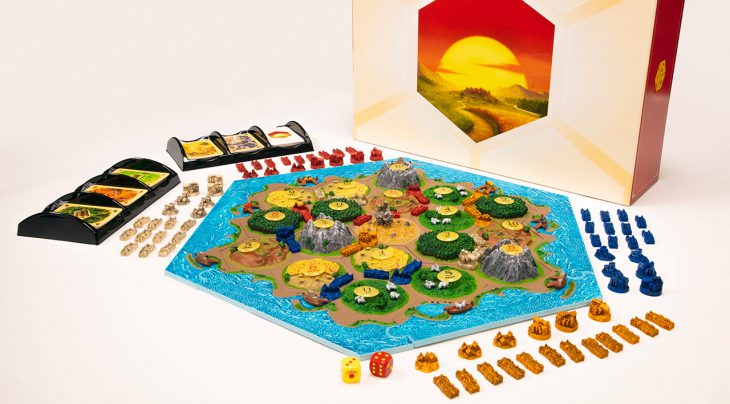 CATAN Studio and Asmodee launched the highly-anticipated, luxury version of the board game classic CATAN, CATAN – 3D Edition. CATAN – 3D Edition is available at CatanShop.com and other major retailers for an MSRP $300 USD/$419.99 CAD / £299.99 GBP. You can find CATAN – 3D Edition at a retailer near you through the store finder.

“Our primary goal as CATAN Studio is to help share good stories that are well told,” said Pete Fenlon, CEO of CATAN Studio. “An immense amount of thought, care, and passion went into developing CATAN – 3D Edition. We cannot wait to get this game into the hands of players around the world so they can start building those amazing stories together.”

CATAN GMBH will continue to develop the world of CATAN 3D with new expansions, content and more – stay tuned!

Ravenscourt and Wild Forest Studio team up to release Night is Coming, the unique survival city-builder mashup, digitally on PC next year.

Ravenscourt and Wild Forest Studios today released a new gameplay trailer that sets the magical mood and gives players a glimpse into the horrors that await them once evening falls. Manage daytime hours wisely to supply settlers, satisfy their needs and desires, and set up defenses to survive the night.

Night is Coming is appearing at the digital Indie Arena Booth 21 during gamescom along with other titles from the Ravenscourt family. On a specially created landing page, players will be able to receive information about the game, see a few initial screenshots, and prepare for the terrors Night is Coming will unleash on its settlers.

Shang-Chi and The Legend of The Ten Rings Action Featurette

In the action-packed “Next Level Action” featurette, cast members Simu Liu, Awkwafina, Tony Leung, Michelle Yeoh and Fala Chen, and producer Kevin Feige, director Destin Daniel Cretton and fight coordinator Andy Cheng offer an upfront look at the jaw-dropping action in Marvel Studios’ “Shang-Chi and The Legend of The Ten Rings.” Showcasing a combination of Marvel Studios’ signature action style and the mastery of martial artists from around the world, “Shang-Chi and The Legend of The Ten Rings” is poised to explode on screen with never-seen-before action and spectacle.

Marvel Studios’ “Shang-Chi and The Legend of The Ten Rings” opens in theaters on Friday, September 3.

Marvel Studios’ “Shang-Chi and The Legend of The Ten Rings” stars Simu Liu as Shang-Chi, who must confront the past he thought he left behind when he is drawn into the web of the mysterious Ten Rings organization. The film also stars Awkwafina as Shang-Chi’s friend Katy, with Michelle Yeoh as Ying Nan, and Tony Leung as Xu Wenwu, Shang-Chi’s father; as well as Meng’er Zhang, Fala Chen, Florian Munteanu, Benedict Wong, Yuen Wah, Ronny Chieng, Zach Cherry, and Dallas Liu.

Take a walk through Haven Springs’ Record Store with Alex in this EXCLUSIVE first look at gameplay!

Life is Strange: True Colors is slated for release on PlayStation 5®, PlayStation 4®, Xbox One, Xbox Series X|S, PC Steam, and Google Stadia on September 10, 2021, and Nintendo Switch later this year.