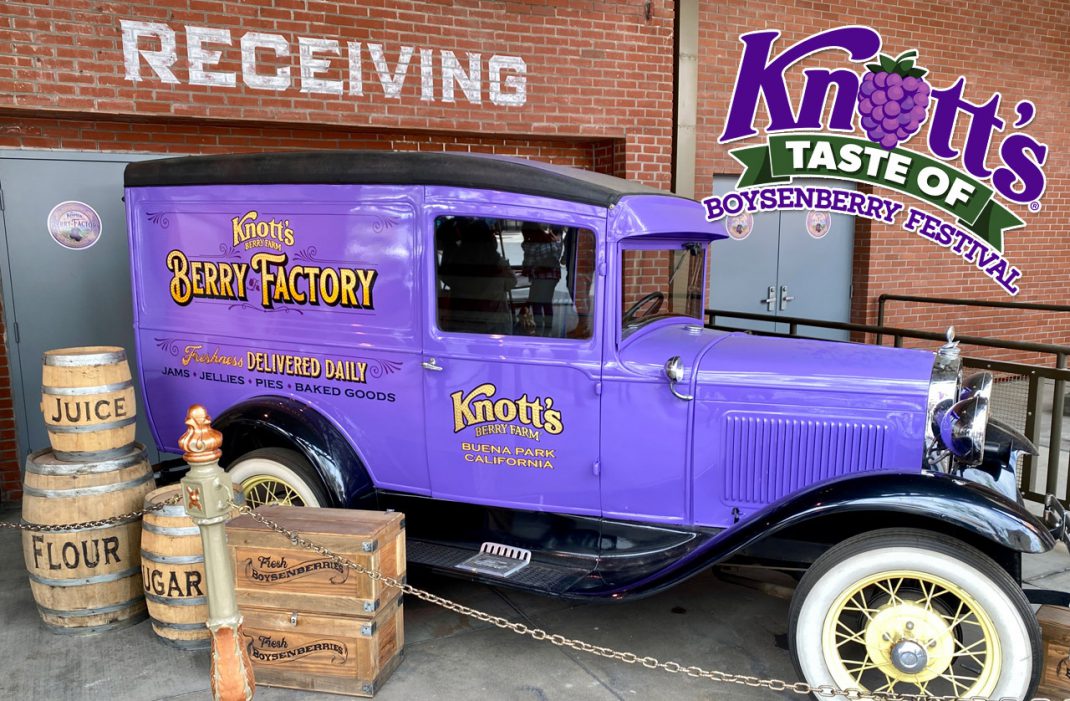 After the state-wide shutdown during Winter due to COVID-19, it was a welcome breath of fresh air this weekend as we got to attend the Taste of Boysenberry Festival at Knott’s Berry Farm. As the shutdown has lifted and the state edges closer to the re-opening of theme parks (which will most likely happen in May), this very well could be the last tasting event put on by the park. If it is the swansong of the tasting event series, which Knott’s has perfected to an utter art form at this point, it will no doubt be the best.

Of course, the Taste of Boysenberry Festival is a tasting event – so, it’s mainly about the food. Thankfully, it doesn’t disappoint in that department either. For the $45 dollar entry fee, guests are each given a tasting card good for five free tasting portions of whatever festival food they prefer. The tasting cards make for great souvenirs and contain a listing of all the various food and drink items as well as the corresponding map location at which they can be found. I got the chance to taste a good number of items – even paying a la carte for some once I ran out of tastings! My favorite Taste of Boysenberry Festival items were the Boysenberry Fun Bun, the BBQ Brisket with Mac & Cheese, and the Beef Stew and Rice dishes. Even though these are technically tastings, the portions were ample and I can’t see someone being very hungry after using up their five tastings. The Taste of Boysenberry Festival drinks are incredible – my favorite being the berry cider! The Boysenberry Beer was very good as well, but the cider had a very light and effervescent quality to it that couldn’t be beat! 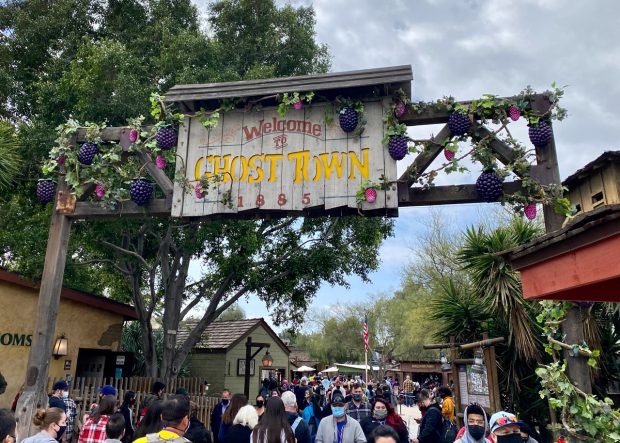 Walking around the park was an absolute delight, with hand sanitizer stations and social distancing markers dotting the landscape. Going the extra mile, Knott’s has dedicated staff walking around with signs stating that face and nose coverings are required. The best part of that was when the employee would spot someone not following the rules – they actually intervened and had them mask up. As far as an event being COVID-conscious, the Taste of Boysenberry Festival is numero uno. Despite some congestion in the park’s Ghost Town area, I never felt like my personal space was being encroached on at all or that I was being unnecessarily subjected to scary pathogens.

Even though the Knott’s Berry Farm’s various rides are not operating at the moment, the Taste of Boysenberry Festival is not without entertainment. There are numerous gigs happening all around the park. In Ghost Town, you’ll find the random park character performing or greeting guests as they walk by and there is even a somewhat smaller version of the craft village to be found. Along the various vendor booths, you can find all sorts of gifts and items. There is even a booth selling honey which features some live bees in a small apiary that you can look at via glass panels. There are also several stages set up around the park, each with their own show to take in. 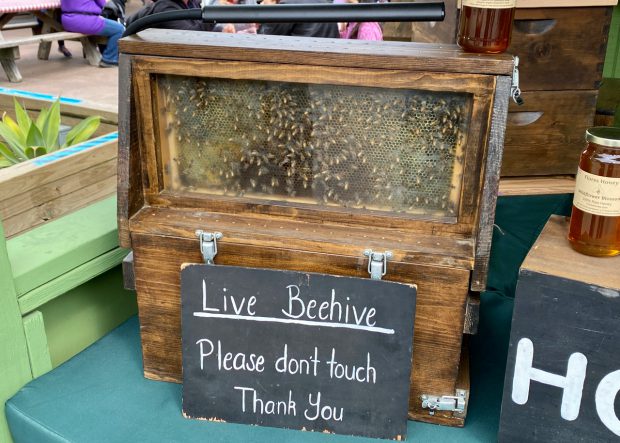 Parking for the Taste of Boysenberry Festival is free (unlike some other theme park’s in SoCal) with the purchase of the $45 dollar tasting card. Universal Studios and now Disneyland have both begun tasting/food events of their own but neither get close to the quality and value of those events put on by Knott’s Berry Farm. 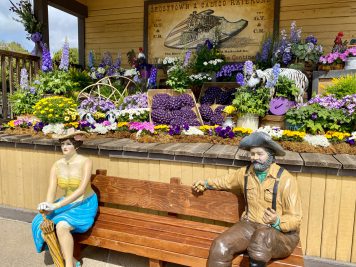 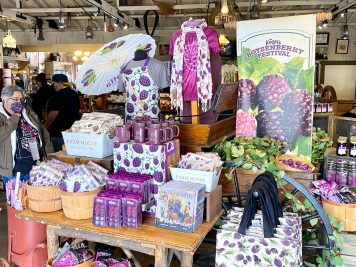 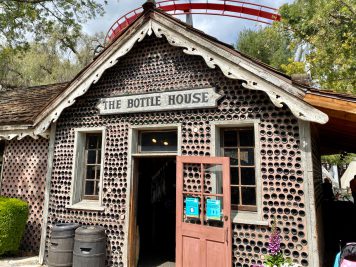 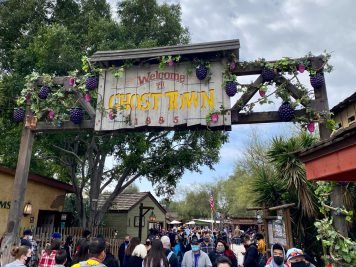 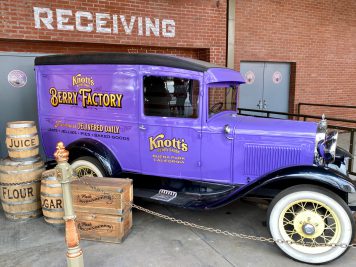 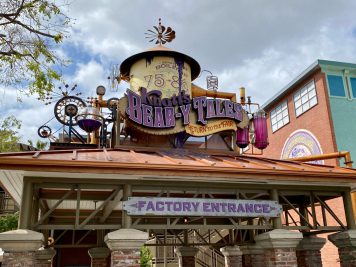 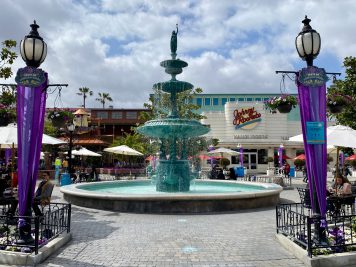 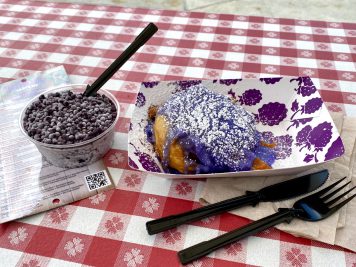 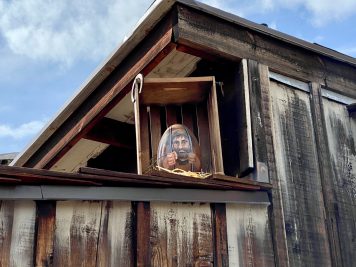 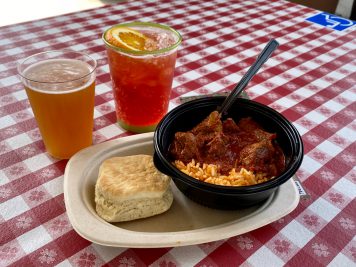 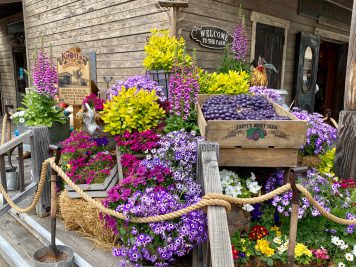 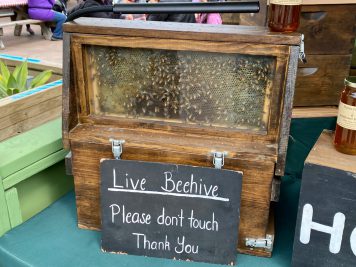