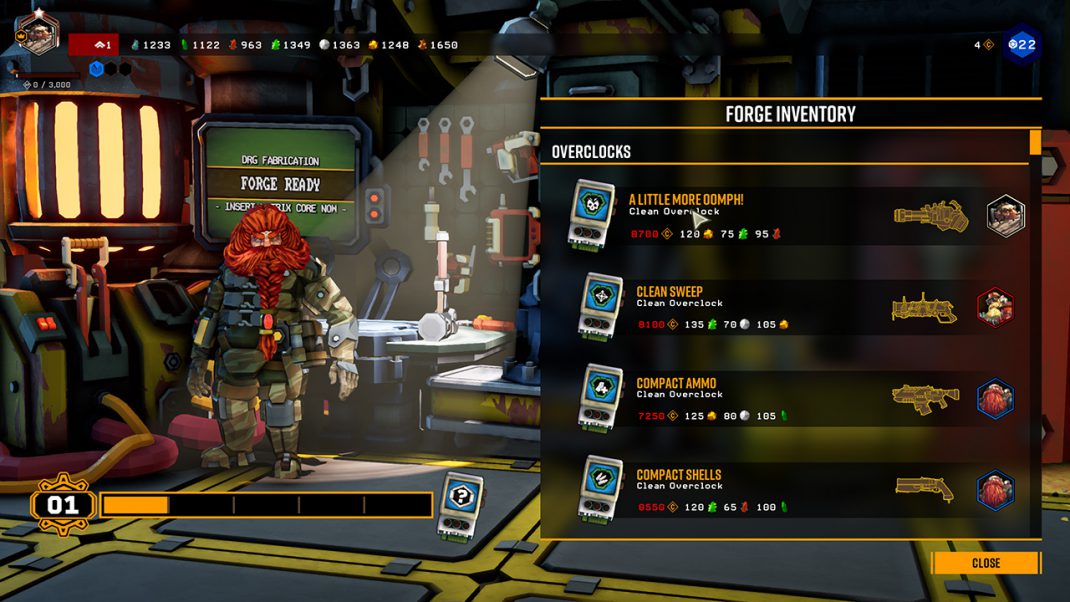 SKÖVDE, Sweden, 26/09/2019 – Deep Rock Galactic representatives Coffee Stain Publishing and Ghost Ship Games are pleased to announce the launch of Update 25 on Steam, the first major endgame update for their co-op first, dwarven mining shooter. As of today, the most intrepid veteran miners have access to ‘Deep Dives,’ a series of ultra-punishing missions chained together, taking recruits deeper into the bowels of Hoxxes than ever before. These perilous pursuits come with new and terrible challenges including low oxygen levels, haunted caves, volatile guns, new enemies and much, much more. Update 25 also brings loyal employees the latest in dwarf fashion with a plethora of new styles, beards and skins, as well as a complete overhaul of Deep Rock Galactic’s top-of-the-line Beard Physics.

Deep Dives are three difficulty locked missions chained together, with two new Deep Dives available each week, including an Elite variation for the most masochist miners. Each stage of the Deep Dive awards veteran dwarves unique rewards, including Infused Matrix Cores, items that act as blueprints the all-new Weapon Overclocks, extremely powerful but volatile weapon modifications. Space dwarves will only want to attempt Deep Dives fully prepared as Health and Ammo will carry over from one mission to the next, and only experienced promoted miners can enlist. Update 25 marks a huge step in the development of the intergalactic shooter as the game hurtles towards full commercial launch by offering players a challenging new endgame system.

“Update 25 is the most significant update we’ve introduced into Deep Rock Galactic and we’re super excited to give our hungry community the beginnings of an endgame to chew on,” said Mikkel Martin Pedersen, Game Director, Ghost Ship Games. “With Matrix Cores and the introduction of the Forge where our players can build awesome cosmetics and crazy weapon modifications, we’re excited to see what they’ll create, and how they’ll fare in our perilous weekly Deep Dives.”

Deep Rock Galactic first began officially recruiting brave space mining dwarves in February, 2018 when it launched on Steam Early Access and Xbox Game Preview and the team recently celebrated over 750k sales across both platforms. Since launch, the game has seen an enormous array of new content introduced across a plethora of new updates, including the brand new ice biome, tons of new game modes, and new weapons, armour and gadgets for its badass dwarven miners.

Update 25 is now live for Deep Rock Galactic on Steam, and will launch on Xbox Game Preview soon.