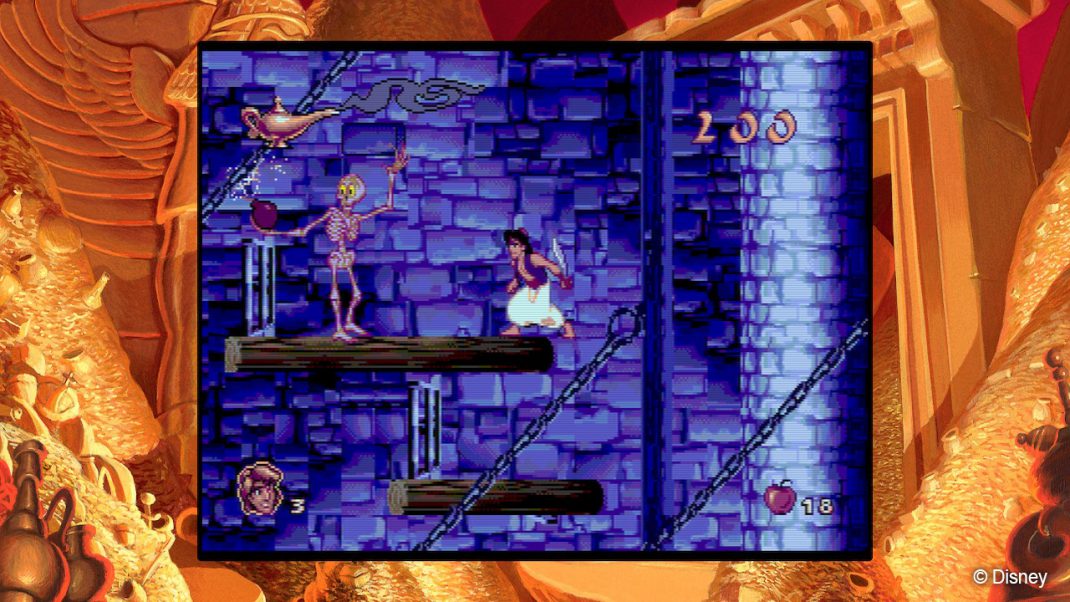 EDISON, NEW JERSEY – Aug. 28, 2019 – On Oct 29, the 16-bit magic of Disney’s Aladdin and The Lion King games, complete with new features and enhancements, will be re-released for Nintendo Switch, PlayStation®4 computer entertainment system, Xbox One, and PC. Disney Classic Games: Aladdin and The Lion King will include the fan-favorite versions of each original title, featuring upscaled graphics to support high definition displays and additional upgrades to enhance playability on current consoles. The collection also includes a brand-new “final cut” of Aladdin and an original Aladdin “tradeshow demo” that has not been publicly available since 1993.

Fans will be able to revisit these beloved games and take advantage of a variety of modern support options, including instant save states, a “Rewind” button to jump back up to 15 seconds, level select, invulnerability, infinite lives, and an “Interactive Game Viewer.” The Interactive Game Viewer enables players to view full game playthroughs, with the ability to skip forward, jump in, and start playing at any point.