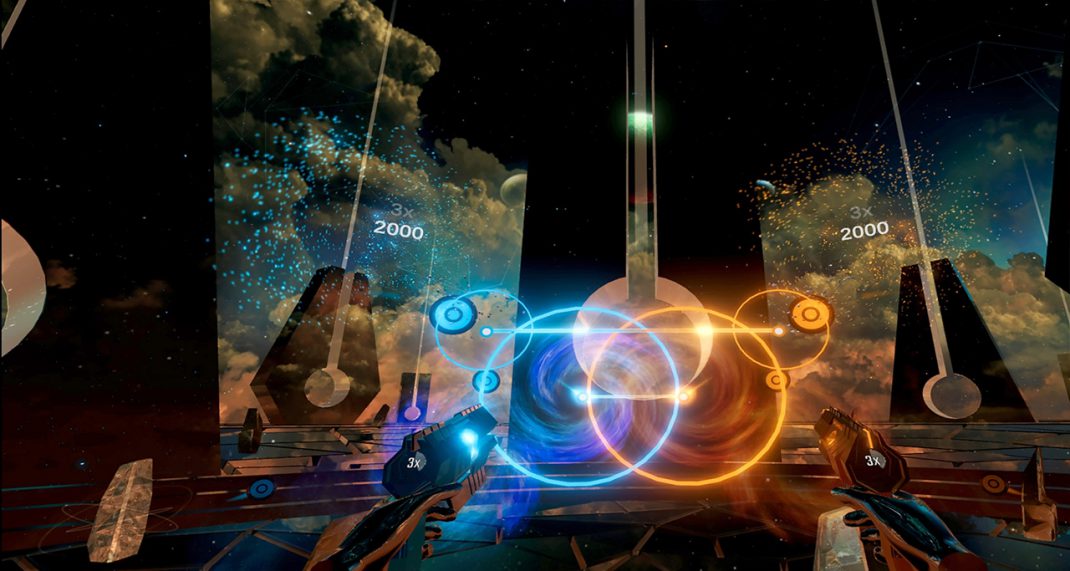 Boston – August 28, 2019 – AUDICA™, the popular VR “rhythm shooter” that combines Harmonix’s award-winning music gameplay with precision shooting mechanics and an amazing soundtrack featuring songs from some of the world’s most popular artists, is coming to PlayStation®VR this fall.

Armed with a pair of rhythm blasters, players step into one of AUDICA’s mesmerizing cosmic arenas and shoot and smash targets to the beat of a hand-authored song. A flawless run with precise timing and accuracy will earn players one of the coveted spots on AUDICA’s global leaderboards.

With an expansive soundtrack that features tracks from household names, up-and-comers, and Harmonix originals, AUDICA maintains Harmonix’s reputation for delivering genre-defining soundtracks. AUDICA will feature a 30+ song soundtrack when it launches this fall. The following 27 songs have already been announced:

For players looking to perfect each song, AUDICA includes a fully-featured practice mode that enables players to pick specific song sections, slow them down and practice until they know it like the back of their blaster.  AUDICA also includes an in-game Map Creator, giving players the ability to create their own custom target map for any song on the soundtrack.

Join the Harmonix Discord for up-to-the-minute AUDICA Updates and stay tuned to Harmonix’s Twitter and Facebook pages for additional information and the latest AUDICA and Harmonix news.