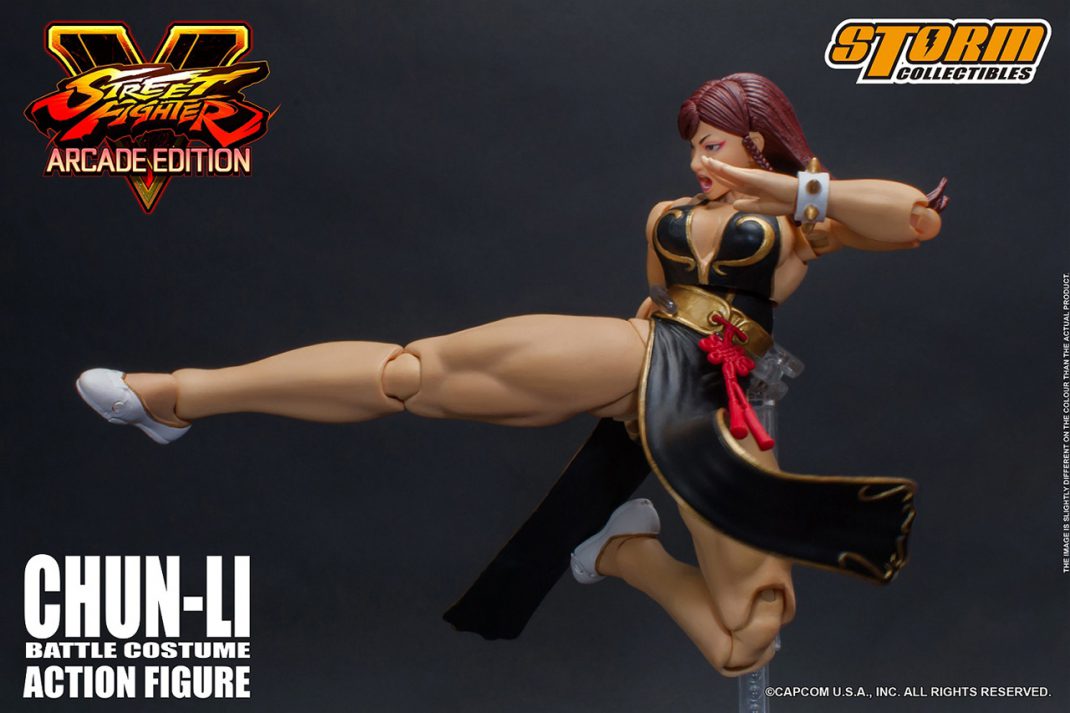 Anaheim, CA, September 20, 2018 – Bluefin, the leading North American distributor of toys, collectibles, and hobby merchandise from Japan and Asia, has detailed a wide array of notable products and show exclusives that will be displayed and available for purchase at the 2018 New York Comic Con.

The 1st release of (FURAI MODEL) Optimus Prime (Attack Mode) is here! This exclusive variant depicts the Autobot leader in his Nemesis Prime color scheme. Designed by the famous 3D modeling company, TRIGGER, this is a unique Optimus Prime design that features over 40 articulated joints which allow for a variety of action poses. The model kit constructed of hard plastic ABS and features easy snap-together assembly. Joints are constructed of soft plastic to provide for stable joint performance. With different injection color of runner parts and a simple assembly design, this is also an ideal kit for beginners. The completed kit stands 6.1 inches tall.

Storm Collectibles is the premiere manufacturer of video game collectible action figures.  Storm creates unmatched quality figures from the likes of Street Fighter, Mortal Kombat, Tekken and more! Its founders are collectors themselves and their passion translates directly into their products as they feature authentic likenesses, fully sculpted, articulated bodies and a multitude of accessories!

Rain is a refugee orphaned by Shao Kahn’s conquest and grew up under the protection of the Edenian Resistance. Rain’s offense drew on the power of weather as he able to harness water and lighting.

Smoke is able to transform into a wisp of smoke. He has no memory of his childhood, his only family is the Lin Kuei, the younger Sub-Zero who is like a brother to him. It has been Smoke’s hope that through the Lin Kuei he will discover his past-and the origin of his power.

This is Chun Li as portrayed in her alternate Battle Costume from Street Fighter V! This figure features an entirely new sculpt, tooling and has over 30 points of articulation which allows you to pose her in all of her iconic battle poses!

Don’t miss the very first opportunity anywhere to purchase these new releases from Storm Collectibles, more than a month ahead of the regular retail street dates.

Prince Goro has brought tremendous honor to the Shokan race by serving Shao Kahn. His bloody achievements include rushed rebellions and conquered provinces. During the past 500 years, he has been celebrated for winning the last nine Mortal Kombat tournaments for Outworld. Should he defeat Earthrealm’s champion this time, he will become more than legendary. His victory is assured. There are none in the Earthrealm who can withstand the might of Goro! The figure features: 4 complete custom designed arms that are interchangeable with Goro’s intricately detailed torso. Also includes 2 interchangeable head sculpts, 6 pairs of hands, and 2 green fireballs.

Evil Ryu is an alternate form of Ryu who is heartless, mad, uncontrollable and nothing more than a demon! Evil Ryu enjoys absolute power and obsesses with fighting. He will defeat any fighters standing in front of him with no empathy or respect. Figure includes 4 Interchanging Evil Ryu Head-Sculpts, 4 Pairs of Hands, and an attachable Hadoken Effect and Stand.

Also known as Brainwashed Ken, M. Bison over-powered and brainwashed Ken with Psycho Power. Just like Evil Ryu, Violent Ken is obsessed with power and fighting and shows no empathy for others. Violent Ken shows up the first time as a main character in Ultra Street Fighter II: The Final Challengers. Since then, he becomes the perfect rival in game with Evil Ryu. Figure includes a newly designed and developed Violent Ken torso as well as 4 interchangeable Violent Ken Head-Sculpts, 4 Pairs of Hands, as well as a Hadoken Effect and Stand and a Shoryuken Effect accessory. 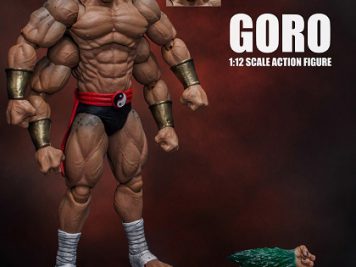 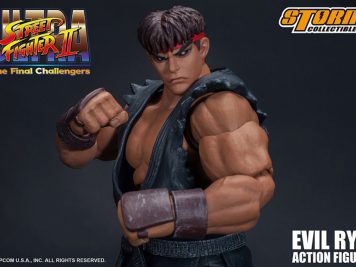 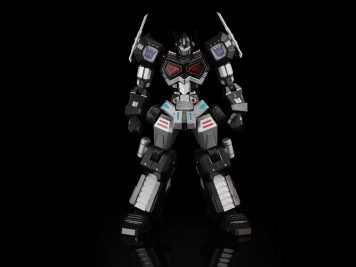 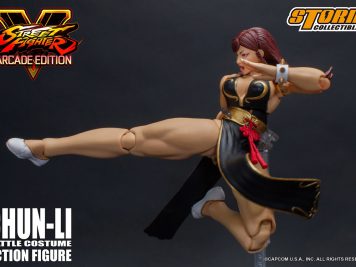