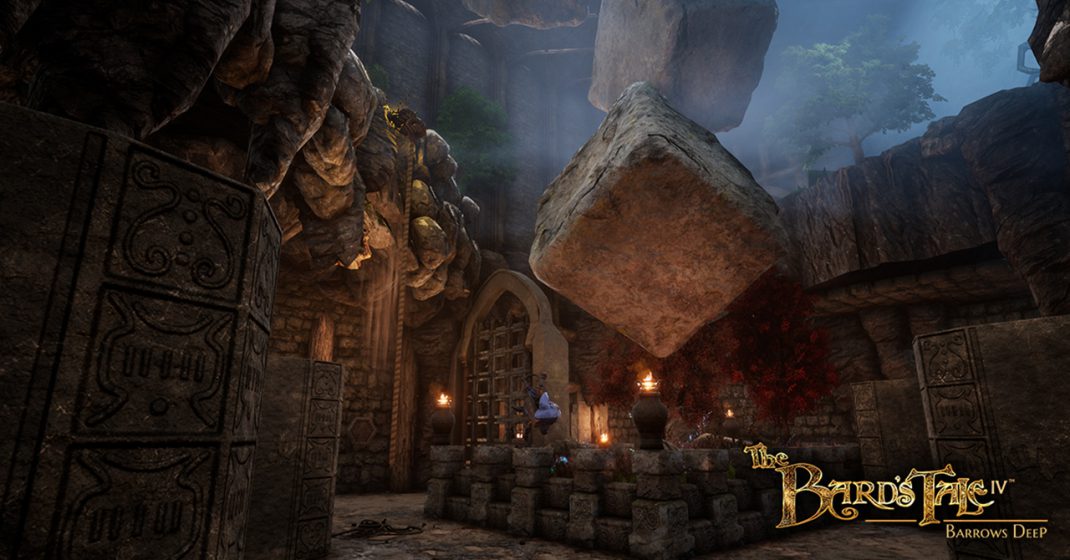 Many of you gamers out there might remember a classic PC gaming series known as The Bard’s Tale. First released in 1985, Tales Unknown Volume I: The Bard’s Tale put gamers in charge of a party of adventurers seeking to stop an evil which has befallen the city of Skara Brae. With its party-based combat, RPG focus, and innovative movement system the game became an instant classic and spawned several sequels. Now, inXile Entertainment has released a brand-new chapter in the series, The Bard’s Tale IV: Barrows Deep, and hopes to infuse it with more modern gameplay elements while also keeping true to its roots. Did they succeed? Venture forth! 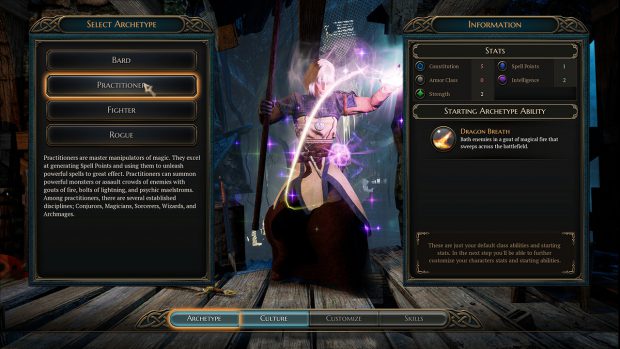 The Bard’s Tale IV, like its predecessors, starts in the city of Skara Brae, where a religious movement (or cult) is actively hunting for those deemed unholy or heretical. Also, they have a real hatred towards adventurers. Unfortunately, YOU are an adventurer! After a public execution, your first task is to find the Adventurer’s Guild, but all does not go according to plan. Drama unfolds and, of course, the plot thickens and becomes satisfyingly more complex as it progresses.  Your character can be kept the default bard or made from a few other classes: fighters, rogues, etc.  I chose a fighter for my play-through, and enjoyed the more combat-focused skillset, but I look forward to playing it through again with a different class.

Movement is done in a more modern manner than its predecessors. Players move about with mouse and WASD keys in 3D space, not bound to grid-based movement. The system is smooth and easy to get the hang of. As you approach an enemy or something to interact with, it outlines in a particular color and offers you choices when put under your reticle. In the case of an enemy, you can attack. But, based on if they detect you and your direction of attack, you might be able to get the first strike in combat. You’ll also be able to smash breakables for loot and speak with NPCs. Visually, The Bard’s Tale IV is sometimes a sight to behold. When crawling through the game’s various dungeons, you’ll be pleased with all the ambient visual effects presented to you. Textures are detailed and rich while particle effects are convincing and immersive. Unfortunately, the above ground visuals don’t hold up nearly as well. The Bard’s Tale IV does feature some decent voice acting which helps to sell the game’s various quests and character dialog. 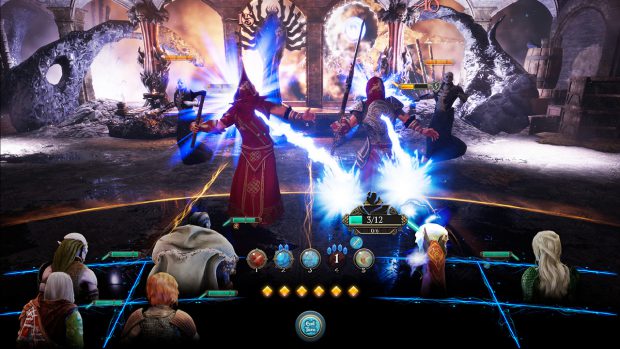 Combat is handled tactically and on a grid, where your party of up to six characters can take on all manner of enemies – from creatures to humanoids and more. Controls are straight-forward and wielding your characters’ various skills and abilities is easy to figure out. When characters level up, you can assign a new skill point into several different trees depending on their class, adding new skills or enhancements to their roster. The experience is refreshingly tactical, yet not so unforgiving that you’ll be frustrated often.

The Bard’s Tale IV: Barrows Deep does suffer from some problems. There is something of a “lack of polish” on many aspects of the game which, while not a deal-breaker,does lead to some frustrating moments. For instance, I experienced some very long load times and other technical glitches during my playtime with the game. One big issue for my particular setup was a forgetting of my UltraWide resolution anytime a game loaded. Also, there is no way to save your game anytime you like. Instead, games can only be saved by interacting with special totems located around the dungeons. Despite a patch released yesterday by inXile, the load times and resolution issue still persist on my machine. As with most game bugs, your mileage may vary of course. What really irritated me was that, the patch that was released erased all my saved games! Oh well, I wanted to try the game as a Bard anyway – time to do so. 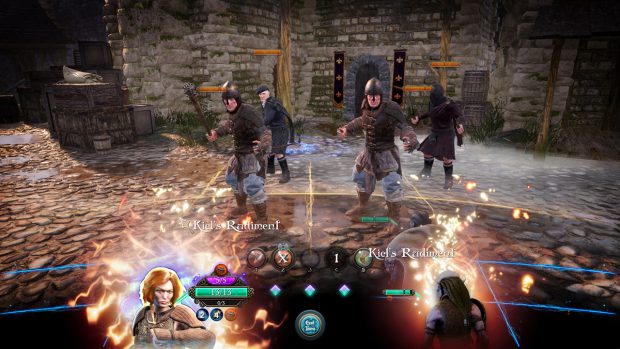 Overall, inXile Entertainment has done a very good job in bringing The Bard’s Tale to life once again with The Bard’s Tale IV: Barrows Deep. It will please both those that played the original games as well as new players to the franchise. Hopefully, inXile can get some of the technical glitches under control as they have a deep respect for the source material and I would love to see more of these games from them. 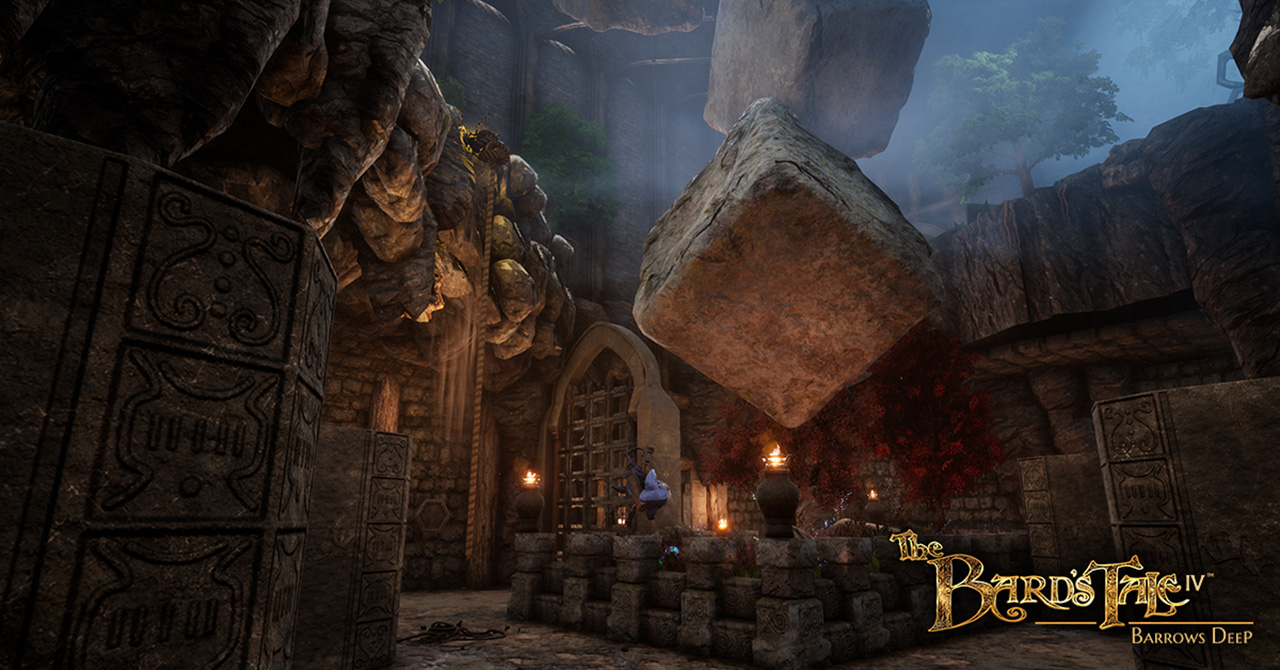