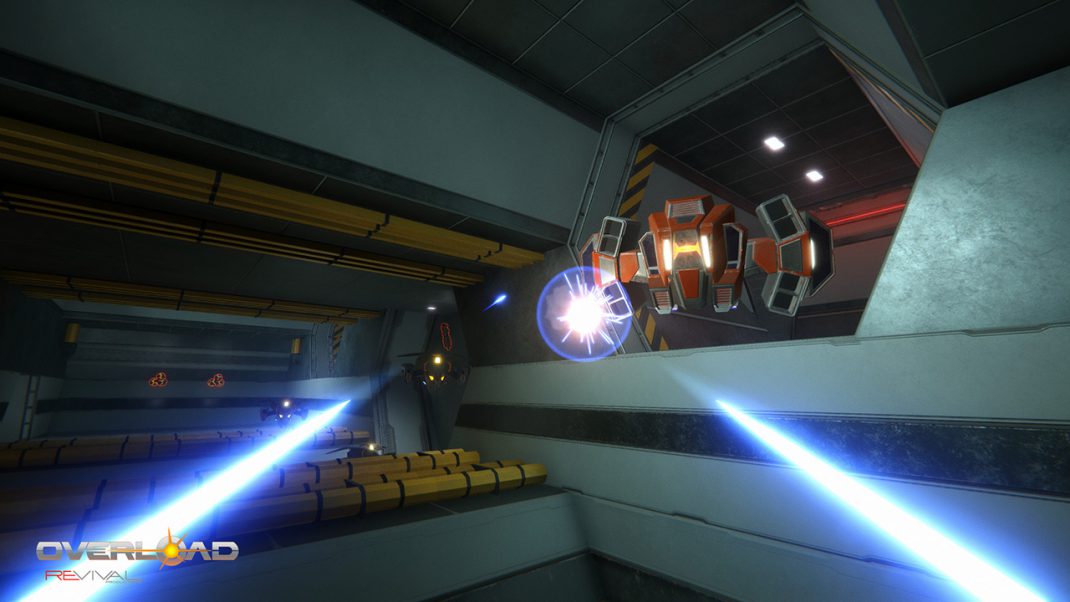 Overload is brought to us by the same creators as Descent and Descent 2 and is meant as a spiritual sequel.  The game was kind of before its time back then but now a 6-degree-of freedom shooter is very much a welcome play style.

You are in a little, one man ship bristling with weapons and you are hunting down automatons. These robots that were meant to make our lives easier have instead turned against their human hosts and started a killing spree.  Luckily your ship is armored and can spin in any direction needed to take the robots down.  Because they are robots there is no blood or gore but there are lots of satisfying explosions and power ups to be found which change how your weapons look as you blow them away. 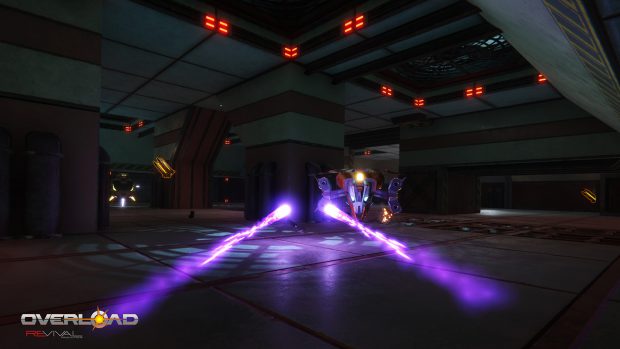 I tried really hard to get used to playing on such a dizzying axis with the keyboard and mouse but it didn’t take long for me to realize I didn’t stand a chance of having any control of the ship unless I used a gamepad or joystick.  Once I got the hang of that I was able to move around all over the place just using the map to find my way or launching a holo-guide out that will lead you to your next objective.  Sometimes I would get a bit turned around on the map because it was a little hard to tell if you are upside down or not in some places but usually there would be some debris from a destroyed automaton to point out if you had been there before.  After a while I didn’t care if I was upside down or not going through a door, all that mattered was that I could start getting shots off and strafe if there were too many and I needed to break for shelter.

The graphics are nice with a lot of detail in the environments, the automatons, and explosions. The music is actually made by the people who made the music for Descent and Descent 2.  All you have to do is look at who is doing the game and music creation and you get the deja vu of the Descent while playing Overload.  It was easy to gauge whether or not the game would be welcome because it was crowdfunded through kickstarter clearing the $300,000 target by getting $306,537 from 4,896 backers.  With that built-in automatic play numbers it was going to have population from the start, that’s nice since the game has a multiplayer part that gives you a chance to test your growing skills against other players.  I think you probably should play through the single player campaign before going at the other players who are for the most part very seasoned.  I got my butt handed to me when I tried to play multiplayer midway through the levels and I promised myself I wouldn’t try it again until I had a lot more practice under my belt. 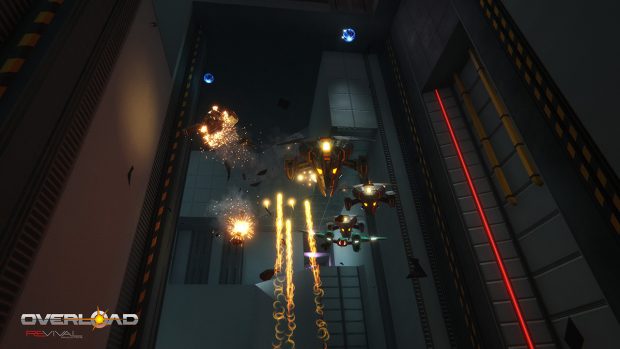 Overload has 15 levels, 16 types of weapons, multiple upgrade choices, 20+ types of robots with 3 bosses, Survival and Efficiency challenge modes, and level challenges such as lava, force fields, enemy turrets, and countless secret rooms.  There are so many secret rooms and hidden objects that if a person is a completionist they will want to go back and find everything they missed so they will have multiple replays of levels.  I tried really hard to find everything in the levels on the first run through and I failed miserably, when I got to the end and saw I had missed 2/3rds of the hidden parts I knew I would have to got back again.

To top it all off if you have an HTC Vive or Oculus you can play Overload VR which supports all the major controls such as keyboards and gamepads.  Overload is tons of fun with great graphics even if you don’t have VR equipment, though if I ever get Hive or Oculus this game will be at the top of my list of games to play. 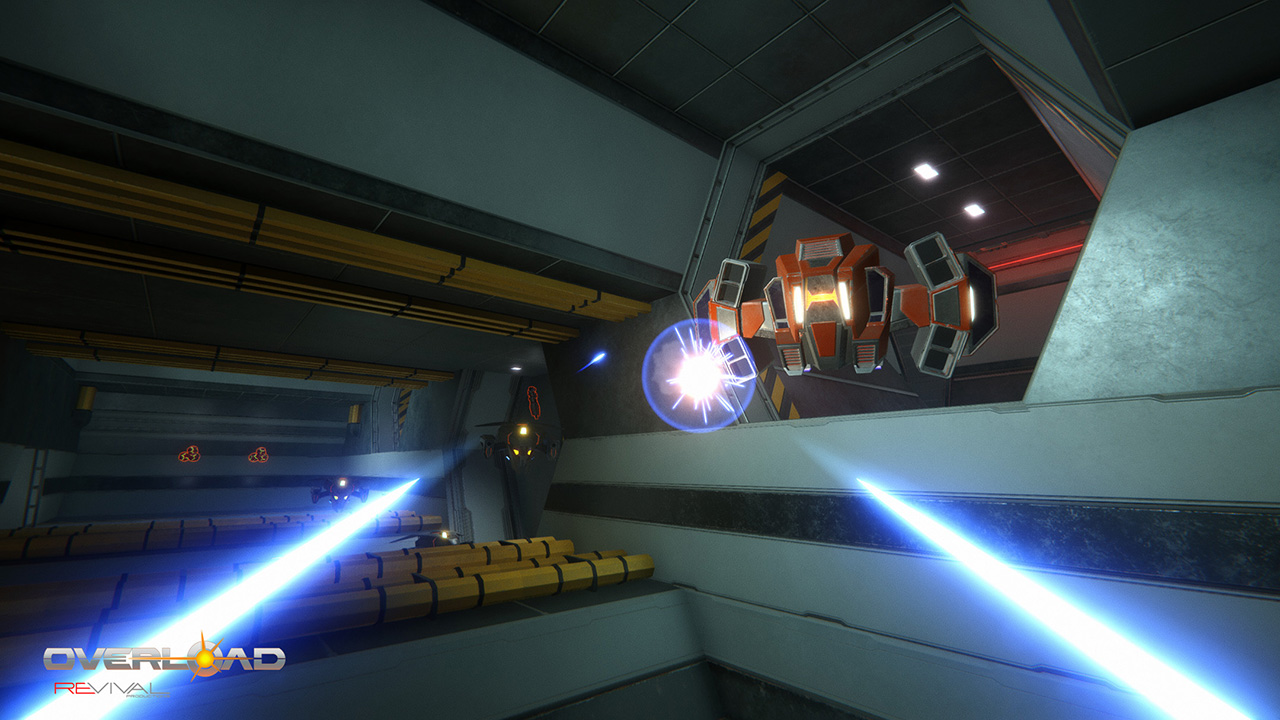