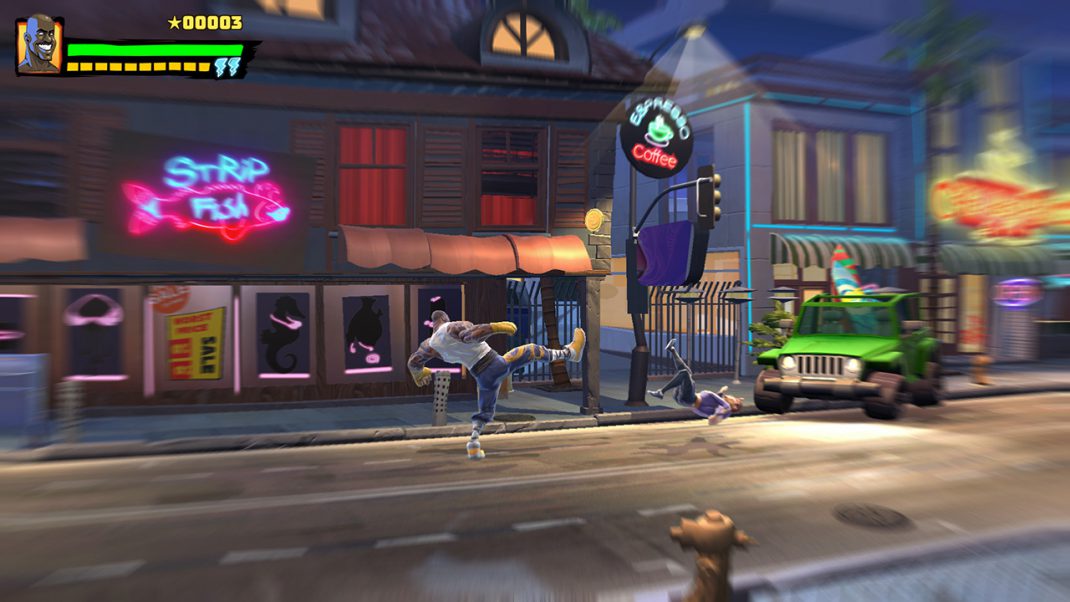 Shaq Fu came out on the Super Nintendo Entertainment System back in 1994 and celebrated the hugely popular 1993 NBA Rookie of the year, Shaquille O’Neal. However the game that celebrated him was met with mixed reviews.  Despite these reviews, the cult status of the game increased over the years. Mad Dog Games and Big Deez Productions have brought the game back in a way with Shaq Fu: A Legend Rebord. Hailing from a successful crowdfunding campaign, Shaq Fu: The Legend Reborn promised better gameplay, visual quality, and more. But, does it deliver?

The original Shaq Fu was mostly about its tournament play, very much in the style of Mortal Kombat or Street Fighter, but Shaq Fu: A Legend Reborn is a side-scrolling brawler in the vein of Teenage Mutant Ninja Turtles and Bad Dudes.  The graphics lend themselves to this feel too since they are somewhat cartoony and the first indication this game doesn’t take itself too seriously.  The dialogue can be downright hilarious and tends to poke fun at the characters, the 4th wall, and even their crowd funding campaign. The jokes will not for everyone since some are pretty much anything but PC.  The voice acting is well done (Shaquille O’Neal performs his own lines), the graphics are pretty good even if they get a little stagnant at times and sometimes it is fun to have a game that takes nothing serious. Even the health potions are “ICYHOT”, which is a reference to a product Shaq has endorsed for years. 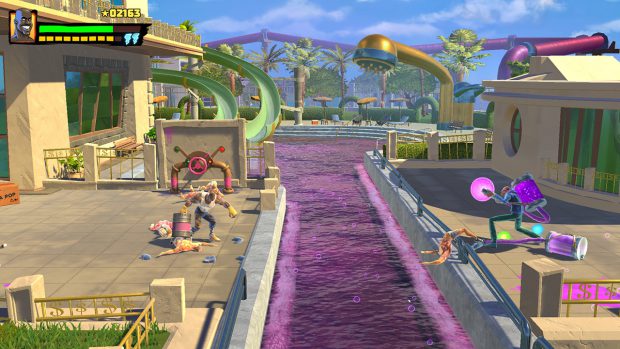 Shaq Fu: A Legend Reborn starts with baby Shaq being abandoned into a stream where eventually a woman finds him. She names him and takes him back to the village where he was subsequently bullied.  An old Kung Fu master took him in, trained him in the arts and becomes a sort of father to him.  When the game starts we find out that the old man has been ordained to be a protector of mankind and he plans to pass the mantle on to Shaq. Unfortunately, the old Kung Fu master is killed which sends Shaq on a mission of revenge.

The fighting action is fairly standard for side-scrolling fighter: You walk forward, beating up all enemies, and breaking items to find health and power-ups.  There are special attacks which I hear are easier to master on some platforms like the Nintendo Switch but is just a wee bit harder to get used to on Steam. Using the keyboard isn’t too bad but it really feels built for a gamepad so I highly recommend you use one if you play. Breaking all the breakables is important because some fights, particularly boss ones can be tricky and being as high health and power you can before fighting is important.  The game auto-saves progress at certain points so you don’t have to worry about that. 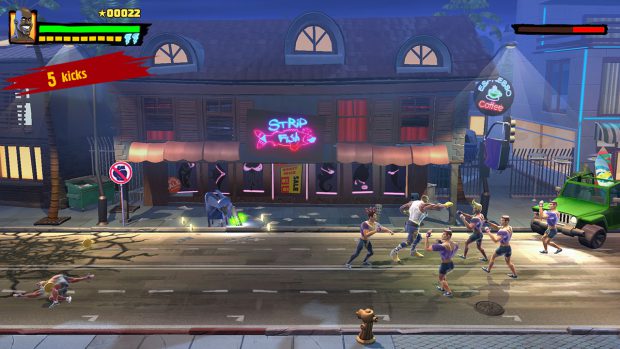 The bosses are all interesting in design.  They are all demonic celebrities based on real celebrities. Sometimes you will fight one that is based on Justin Bieber and its one that looks a lot like Mel Gibson in Braveheart. You find out that these demon celebrities were actually put on Earth to brainwash people into moronic subservience.  For some reason this plot point felt fairly believable.

Shaq Fu: A Legend Reborn is a fun game if you don’t take it serious and you have a bit of a crude, non-PC sense of humor.  It isn’t very long but the digital copy is only about $20 on most platforms, the retail version is twice as much (the Switch retail version is $47!) so I highly recommend the digital download.  If you per-ordered NBA Playgrounds and had to deal with the delayed arrival you might have a free copy of Shaq Fu: A Legend Reborn in your game store as an apology gift.  There were also some collector’s editions with extra goodies and a few SNES copies made as well but unless you are a hardcore Shaq fan stick to the download and look forward to the Barrack Fu DLC coming up where you will fight a thinly veiled… Kanye West.  For some that might be worth the game price right there. 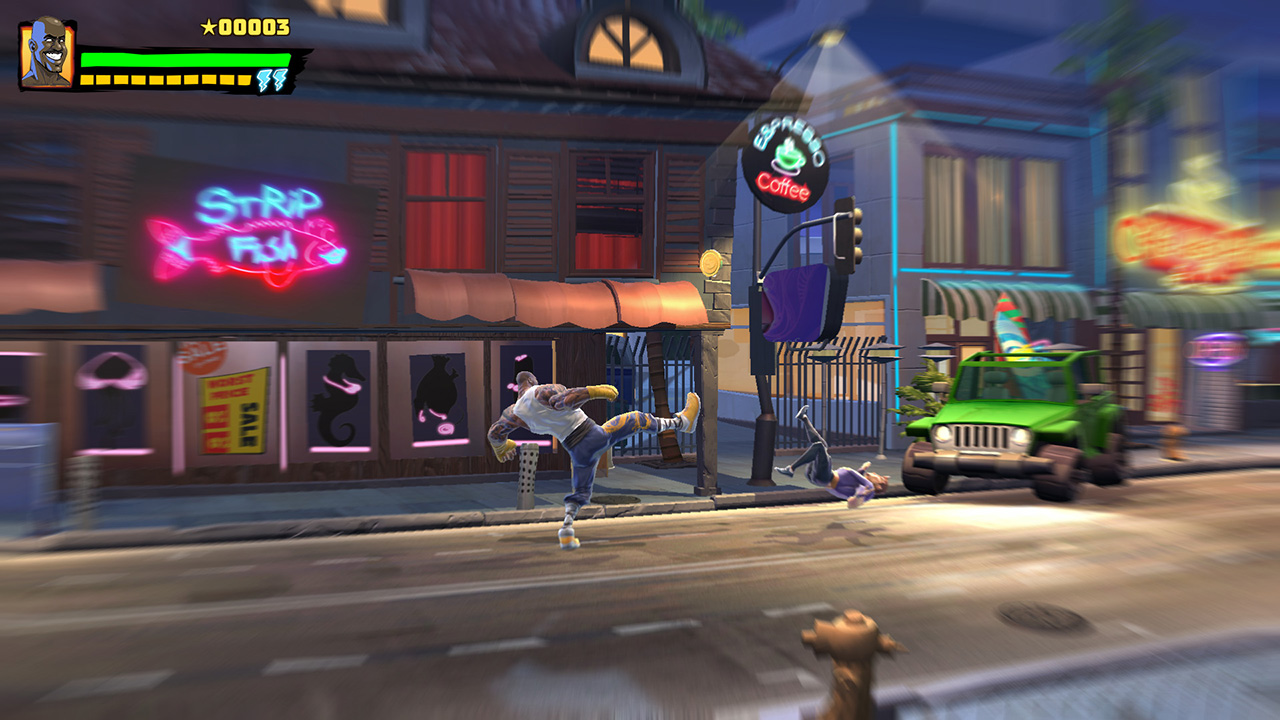