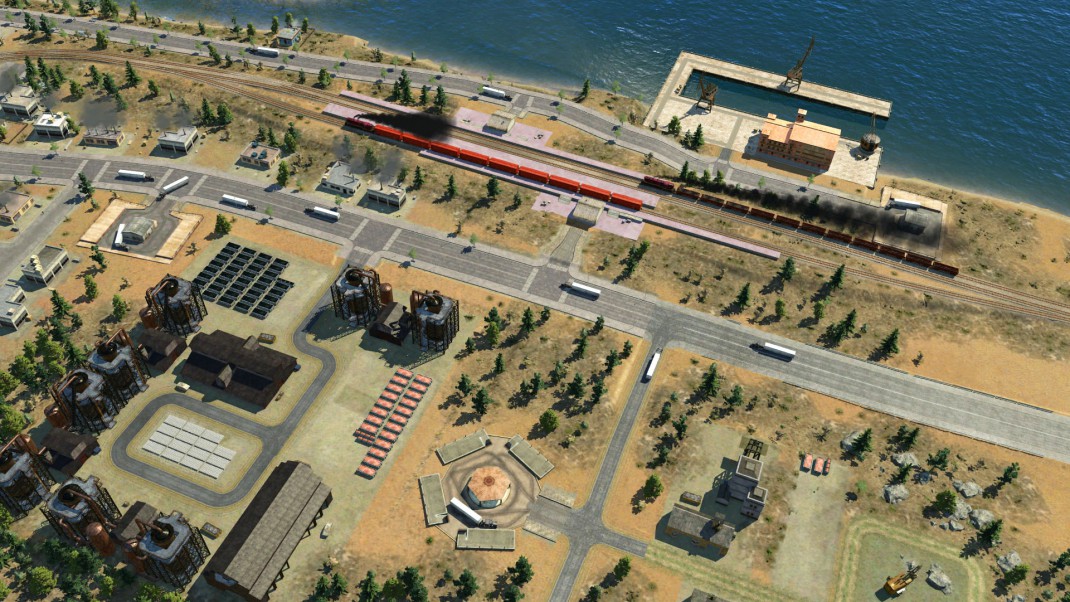 AMSTERDAM – May 3, 2018 – The joys of building a successful empire spanning 150 years of transport history do not grow old fast apparently. The train, boat, and plane buffs at Swiss studio Urban Games and public transport users at Good Shepherd Entertainment today blew the whistle on the Performance Patch update for Transport Fever, bringing some serious performance and framerate bumps to its legions of players, plus other fixes and enhancements.

First released in November 2016, Transport Fever is showing no sign of running out of steam. The game’s strong sales of over 300,000 copies to date are only the start of the story, with daily concurrent players in the range of 2-3,000 even a year and half after launch. Not to mention that once players get in, they stay in, with a median play time of 23 hours per player. This is one fever that people don’t want to shake off.

For a full list of the Performance Patch contents go here:
https://www.transportfever.com/performance-patch-2018-released/

Released in 2016, Transport Fever followed hot on the heels of its 2014 predecessor, Train Fever, and never looked back. In the game, budding tycoons journey through 150 years of industrial age air, land, and sea transport innovation as they forge an empire worthy of Vanderbilt himself. The game is a treasure trove of 19th and 20th century buses, boats, trucks, trams, trains and planes, all of which can be played with endlessly with no risk of the wheels coming off.

Complete with community-based modding support via Steam Workshop, Transport Fever is available now for Windows PC, Mac and Linux via Steam and GOG. The new update is free for all owners. For more about the game, visit www.TransportFever.com.