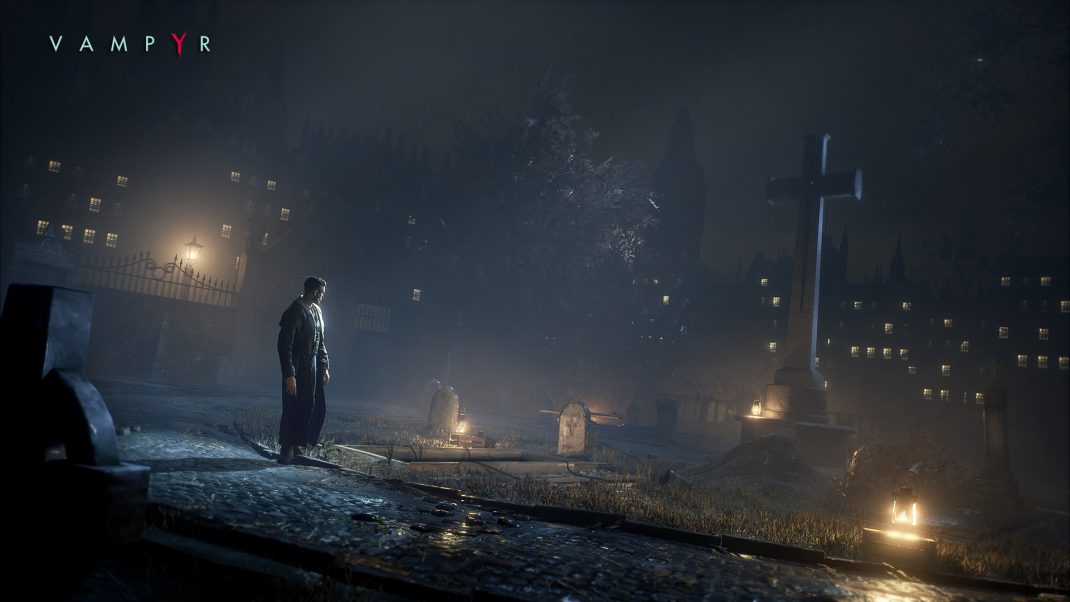 In Vampyr, the greatest source of XP to learn and enhance abilities comes from the blood of London’s citizens, who Dr. Jonathan Reid has set out to save from the epidemic sweeping through the city. The question is less “Do I kill?” than “Who do I kill?”. Investigating citizens’ lives will allow Reid to decide who is more ‘deserving’ of sacrifice – or he can simply give in to his hunger and treat the mortals as blood bags. Either way, killing certain citizens will have a greater impact on the local ecosystem than others, while simply killing too many may cause an entire district to collapse.

After draining the blood of his victims, Reid can learn and evolve powerful combat abilities. Close combat abilities allow Reid to close gaps quickly, pouncing from afar before slashing with deadly claws, while others such as Bloodspear allow him to deal damage from a distance. At the higher levels of power, some abilities are feared by even the vampires themselves. Abyss allows Reid to unleash the shadows from within, while Rage targets and strikes entire groups of enemies with a terrible fury. Learning and evolving these abilities will aid in the doctor’s quest to save London – but at what cost?

Vampyr releases June 5 on PlayStation 4, Xbox One, and PC. Pre-orders are now available at www.vampyr-game.com