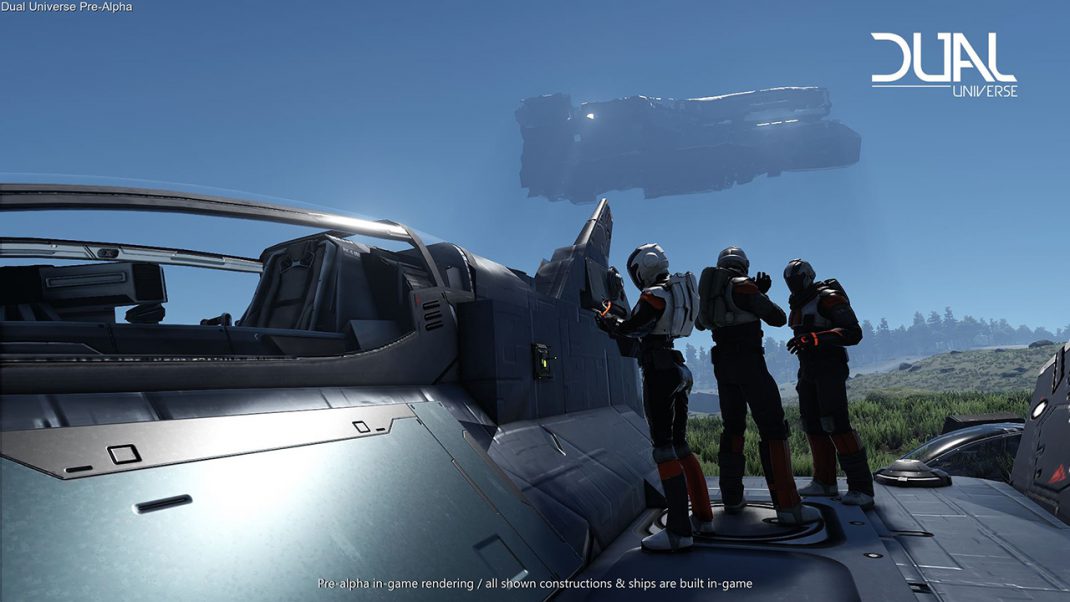 PARIS, FRANCE – April 11, 2018 – Following hot on the heels of the recent launch of Supporter Packs, Novaquark is excited to share its latest trailer for Dual Universe, showcasing the incredible freedom and depth of creation available to its community. By using the game’s editable voxel tools, the resulting structures built by the players during the ongoing pre-alpha represent an early look at what new players can expect to encounter as they dive into this ambitious, large-scale sci-fi sandbox for the first time.

While the term “voxel” tends to evoke images of cube-shaped building blocks, Dual Universedelivers a proprietary voxel engine that affords players much more control in manipulating the world – and universe – around them. At a simple level, players can place and manipulate fully editable blocks that come in all shapes and sizes as they build canyon-filling cities or spaceship fleets. For players who want to get a little more granular, this voxel engine allows them to terraform at will, carving away at a planet’s surface, and digging complex cave systems that could one day house an organization’s base of operations.

Whether they’re building a single structure on a small scale or working together to forge an entirely new civilization on a massive scale, Dual Universe’s tools empower players to build however they want. Novaquark simply sets the rules and establishes the universe, but everything that grows, falls, is rebuilt, and shared within this universe is and will always be a community-constructed endeavor.

This power to create is only heightened when combined with Novaquark’s innovative CSSC technology (continuous single-shard cluster), which allows the game’s entire player base to exist in one single persistent universe, seamlessly weaved together with no loading screens to create an ever-evolving sci-fi metaverse. Developed alongside the vision of Novaquark founder, scientist, and Artificial Intelligence expert Jean-Christophe Baillie, Dual Universe is an ambitious civilization-building MMO that seeks to push the boundaries of community involvement, allowing its players to quite literally shape the universe others will join from the ground up, all thanks to the power of voxels and human creativity.

Dual Universe is available now in Pre-Alpha. In addition to being the 3rd biggest worldwide Kickstarter of 2016 for a video game, it earned over one million dollars in funding on both Kickstarter and its official website, and boasts a vibrant community of over 10,000 backers and almost 1,900 in-game organization communities. For the latest updates visit the official website, and you can also follow the game on Twitter, Facebook, Community Discord, Reddit, and YouTube.