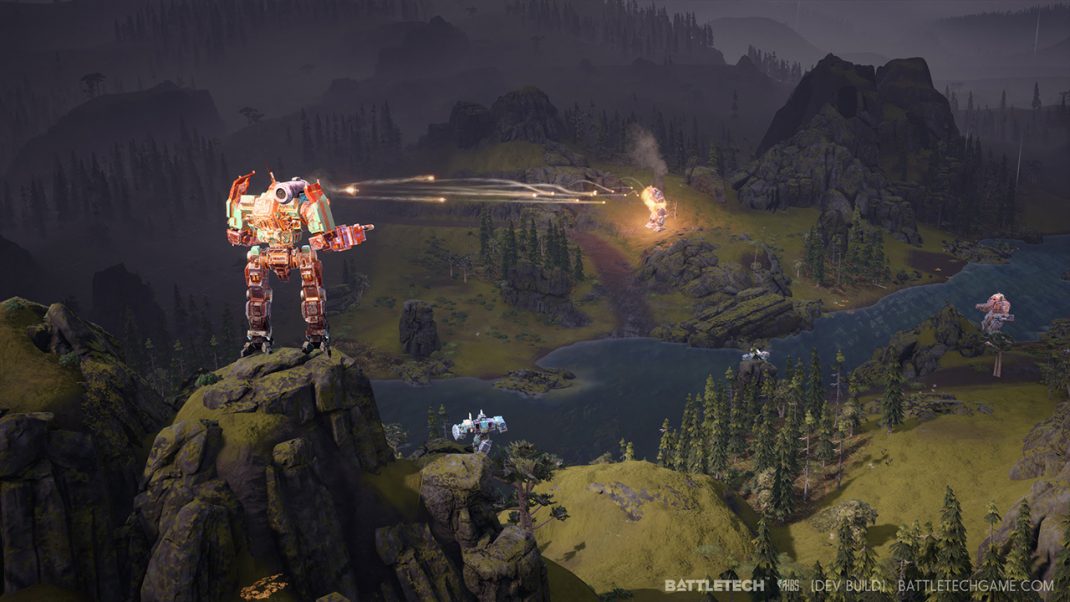 STOCKHOLM – April 11, 2018 – Paradox Interactive and Harebrained Schemes today released the final installment in their BATTLETECH Basics video series, exploring the games story of noble politics and betrayal among the stars. The first turn-based tactical ‘Mech PC game in over 20 years, BATTLETECH will be available on April 24, 2018.

“BATTLETECH is Game of Thrones meets Pacific Rim in space,” said Mitch Gitelman, studio manager at Harebrained Schemes. “[Kamea] hires you to do the types of jobs that her standing army can’t do.”

“That is within the context of your larger campaign, of reputation building and working for all the different houses… It’s a wonderful way to get a true, classic BATTLETECH story,” said Jordan Weisman, CEO of Harebrained Schemes and creator the MechWarrior and BATTLETECH universe. “This really opens it up for the player to extend their own story of their mercenary unit, in whichever direction they want to go.”

Developed by Harebrained Schemes, the studio responsible for the critically acclaimed Shadowrun Returns series, BATTLETECH is the next generation of turn-based tactical ‘Mech combat. In BATTLETECH, you play as the commander of a mercenary company on the edges of civilized space, negotiating and executing a variety of combat contracts while attempting to keep your ‘Mechwarriors happy and your operations prosperous. The game’s story features the player falling in with the deposed ruler of a noble house and, fighting for either coin or cause, becoming a player in her bid to retake her throne. BATTLETECH will be available for PC and Mac, at a suggested retail price of $39.99. Linux will be added post-launch.