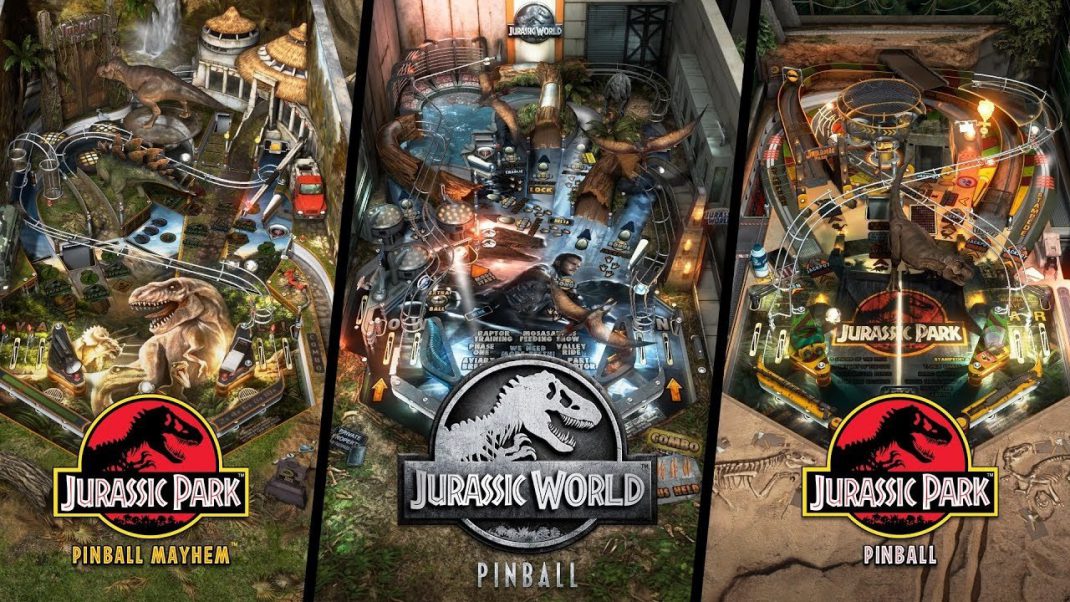 Pinball FX3 continuously improves on its downloadable content packs, making the game more realistic as well as cooler with each outing.  The latest DLC pack is based around the Jurassic World / Jurassic Park films. The first table is a short, fast one with an animated T-Rex in the corner watching over the whole play.  He growls periodically to show his annoyance at you being in his field but mostly what you hear is the beautiful music from the movies and the hilarious voice over from the the “Dino DNA” safety video in the first film. When you lose your ball, the table goes dark and you have a moment as your score is tallied of just experiencing a couple lights at the bottom of the table while the T-Rex growls ominously up in the dark plants.

The second table in this DLC pack is based on Jurassic World and you hear ominous music as a new breed of dinosaur is created. At this point it pulls out to show a short fast table with triceratops lined up along another side. The main image on the table is Chris Pratt on his motorcycle that looks airbrushed and really nicely done.  This is a very animated table with tense music the whole time, you aggravate the triceratops and they mess with you back. The Indominus Rex is constantly trying to get you as you race by and there are some fun tree trunks, one of which you can see through as you shoot it.  Great exciting board.  Each time you shoot you also go through the massive Jurassic Park gates. 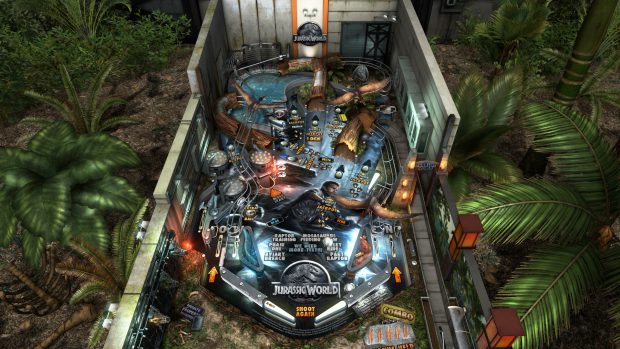 The third table starts out with a helicopter flying in with a search light shining on an embattled T-Rex and Stegosaurus.  This reminds me so much of the Primeval World at Disneyland..  The environment is really nice with lots of plants and a waterfall leading past a neglected lab that is being reclaimed by nature.  One of the shots is to hit the Stegosaurus tail who then knocks the ball through one of the lab windows. If you keep an eye on the windows you will see a raptor pop up in different ones so timing your tail strike just right will knock out a raptor.  It feels pretty dark satisfying to take one down.  There is a voice over the whole game and it is meant to push you to do better I am sure but it is instead amazingly obnoxious saying things like “can you please not lose the ball?”and “Is that the best you can do?”. After a while you wish he would crash his chopper into the T-Rex’s mouth.

The Pinball FX3: Jurassic World tables are fun, fast, and really animated.  The artwork done on the tables is gorgeous and the sound is crisp while the bumpers are solid. Like all pinball FX tables it supports hot seat and odds are the only thing that is going to stop your play is your sore wrists. 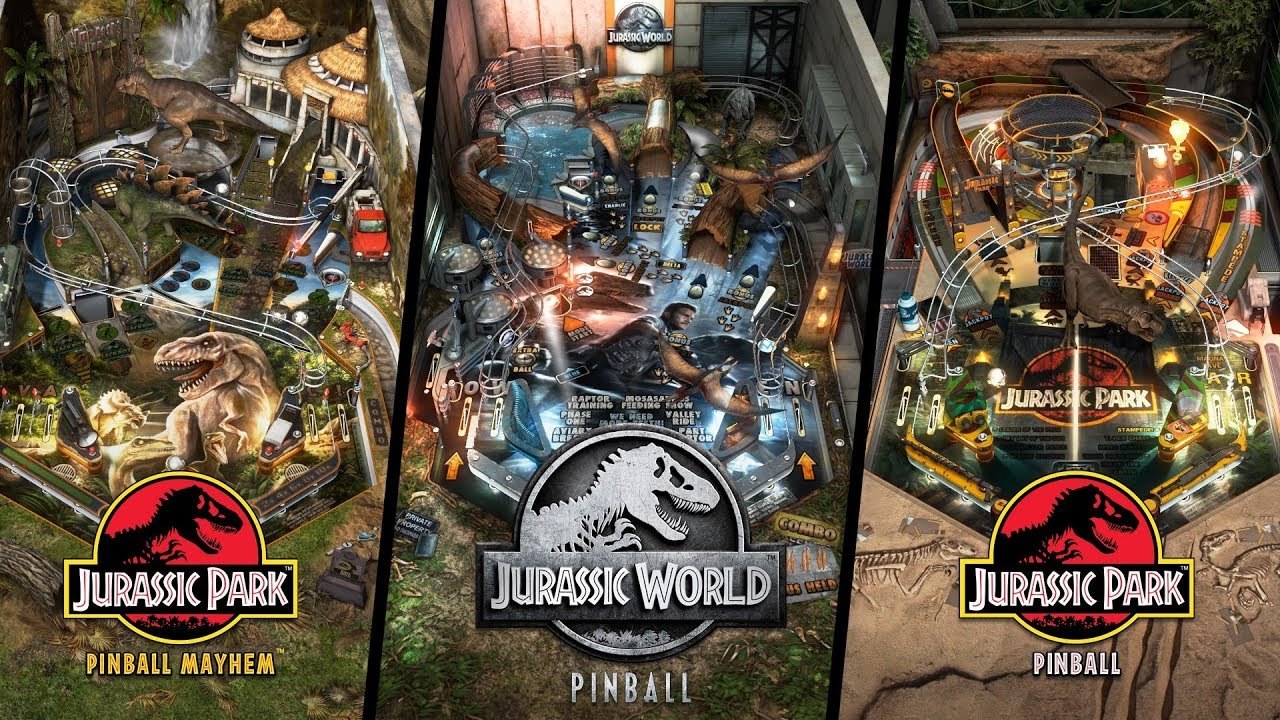