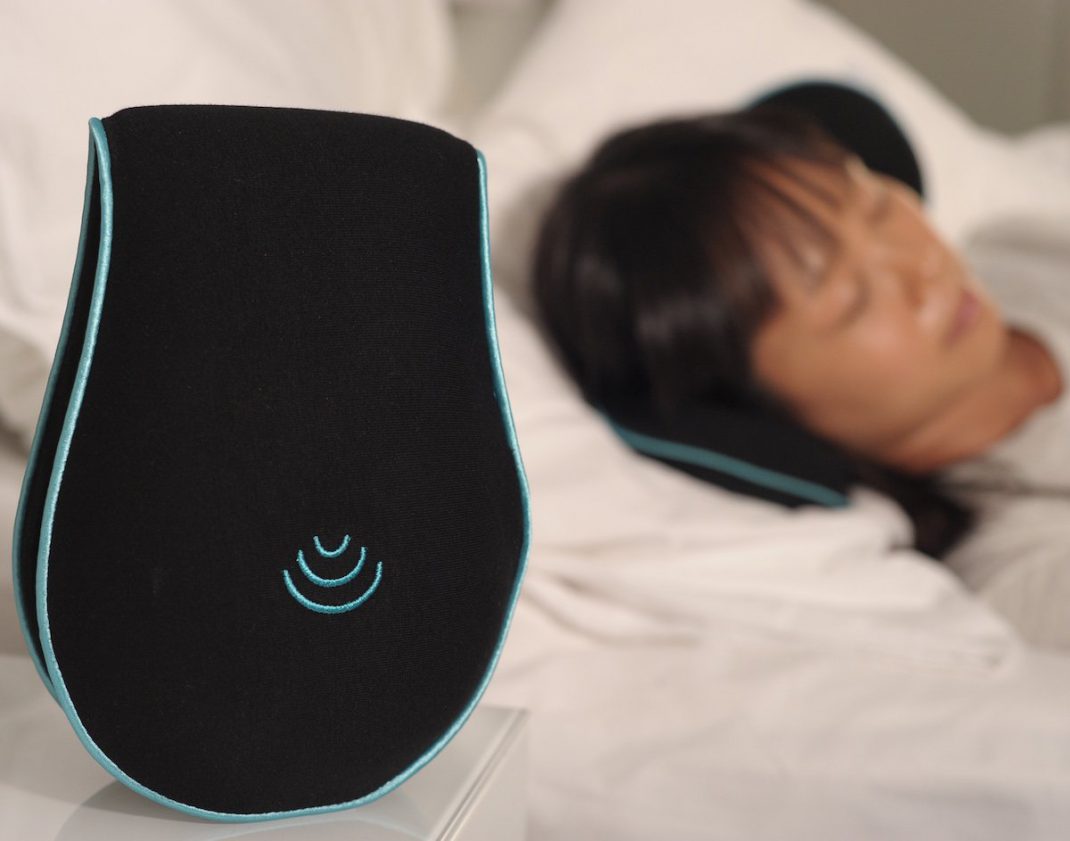 During my favorite holiday, Halloween, I got sick with a massive fever, sweats, etc. I am very lucky to be married to a nurse who kept me from well.  Upon returning to to the West coast, I hit the pillow and slept for 30 hours straight!  Unbeknownst to me, the Soft-Tones Pillow Speakers by 2breathe would be waiting for me so I could do some product testing while trying to heal and rest! 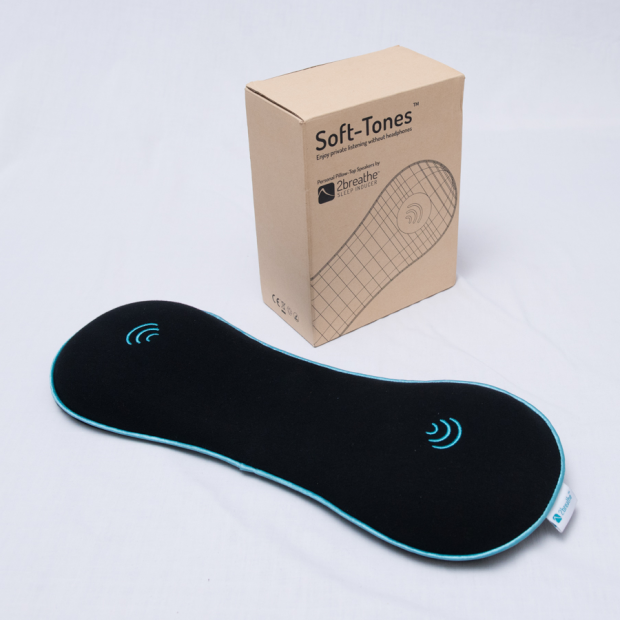 First I started with a no-name pillow speaker from another company.  That model comes in the shape of a bear’s head and is extremely soft, however the speaker is just a disc sewn into the pillowing so when listening to music the bleed out is really strong, my wife could hear the music almost as good as I could! The pillow is also pretty small so it shifts around during sleep. On a hygienic note, the slip cover can be removed so that it can be cleaned.

Since that was a no-go, I returned my attention to the Soft-Tones Pillow Speakers, which have an unusual design where they are semi rigid going across in what look like a large eye mask shape pad. Each end of the pad has a small driver, allowing you to basically have a pair of stereo speakers next to your head.  The section under your head has a little give, allowing the ear pieces to bend slightly toward your ears.  This directional audio made it so my wife could barely hear the music.  If I rolled onto my side in my sleep, my ears would position naturally over the speakers by slipping into foam which cups the ears when in them then pops back into shape.

While both pillow speakers had stereo cables to running down to your input device, the Soft-Tones Pillow Speakers went the extra mile by having breakaway cable in case you are listening to your phone and go to leave the room forgetting it is plugged in.  It will simply pop loose and you can plug it in later.  This is also nice if you want to use a different length of cable!

A couple things I would have liked to see in the Soft-Tones would be a strap to fasten it to your favorite pillow. Also, some additional give between the speakers and a head strap would be good to make sure the headset moves with you precisely and lowers the bleed out even more.  These really aren’t a consideration on the no name pillow speaker I compared the Soft-Tones with since it is considered a fluffy pillow with a speaker and has really bad bleed out anyways.

Back To Rest With Soft-Tones:

Soft-Tones by 2breathe showed up at just the right time to bring some great comfort in a time of need.  With stereo sound but minimal bleed over this is a great system for someone who wants to rock all night in their sleep and party every day.

You can get your own Soft-Tones pillow speaker at the product’s official website.