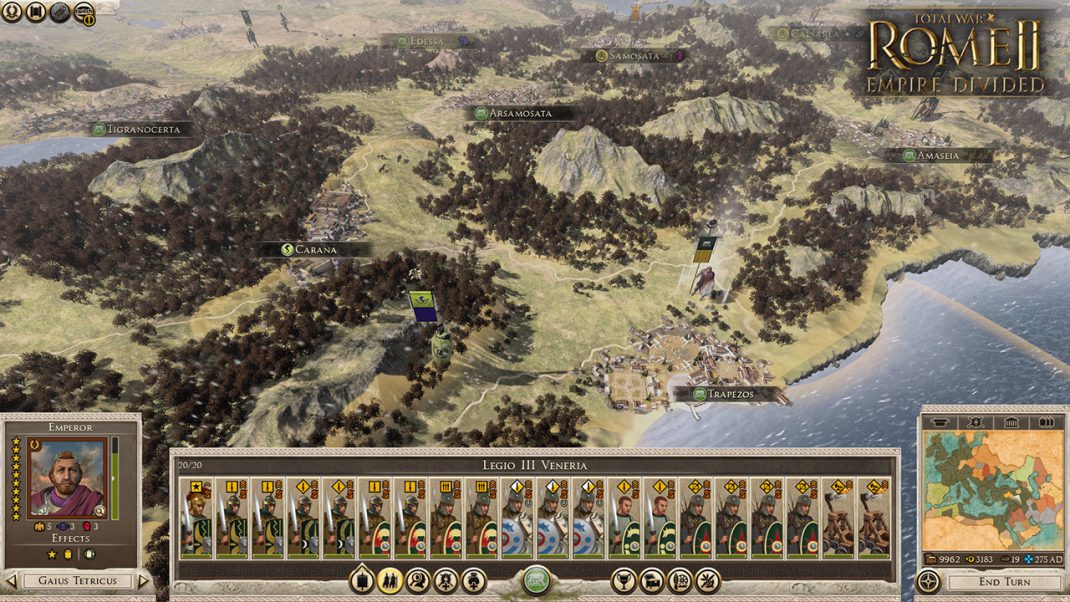 November 8, 2017 – It is the crisis of the third century. A string of inept emperors and usurpers vying for power have torn the Roman Empire into three factions, and with barbarians and Eastern Empires ready to exploit the chaos, it’s do-or-die time. On November 30th, players can reunite the empire or tear it down in this new, grand-scale campaign pack for Total War: ROME II.

Total War: ROME II – Empire Divided features a host of new content to give a new lease on life to ROME II; including 10 different playable factions, new victory conditions and new campaign features such as plagues, cults and banditry. Empire Divided also puts a heavy focus on telling the stories of the characters and powers involved in this rich and fascinating period.

Full details on Empire Divided, plus info on how ROME II players can gain entry to the Power & Politics open beta, can be found in the Empire Divided Q&A.