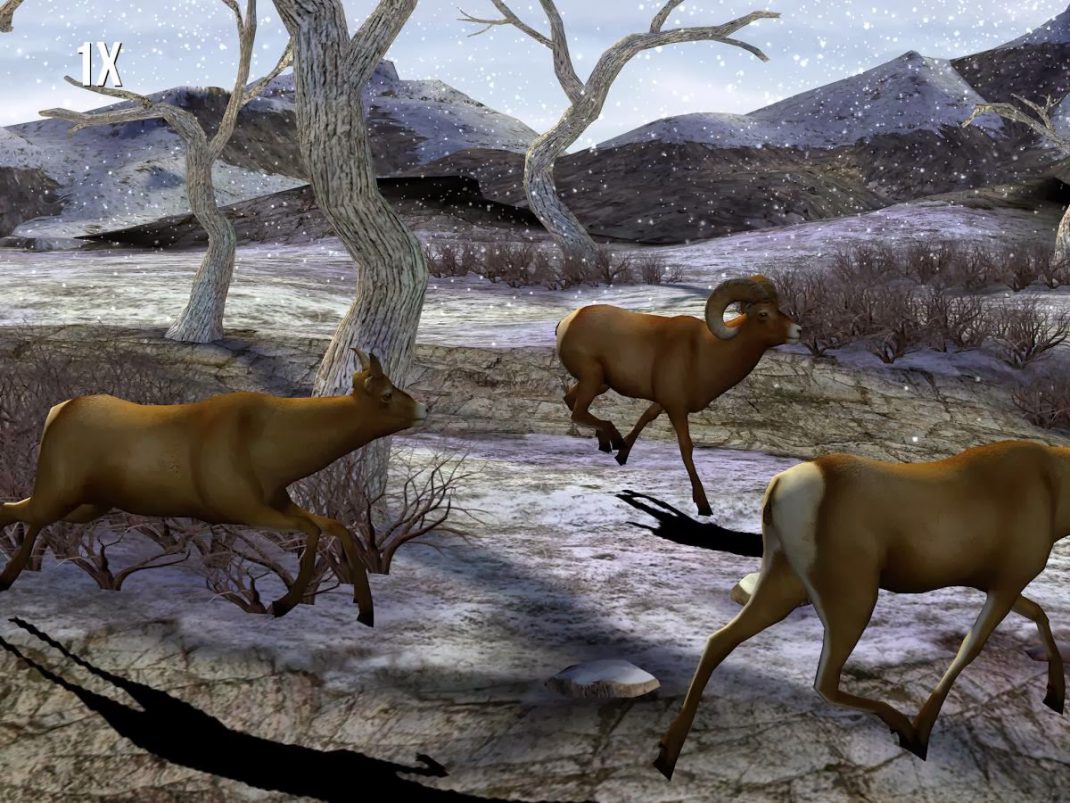 You might have seen the arcade version of Big Buck Hunter in a bar or mega arcade near you.  I know of at least three locations here in Las Vegas and sometimes I feel sorry for the person managing those games.  They are insanely popular but there seems to be a direct correlation between how much alcohol is consumed and how much abuse the gun controllers take. This last CES I got to see the game in home version form at a fairly tame event called Showstoppers where you can get one on one with well maintained gear and get a proper feel for how it is designed.  My first question was why is this relatively older but well known arcade game at a mostly indie company event filled with first time shows.  Then I realized it was because of the other reason that games and devices show up at Showstoppers: innovations.  Big Buck Hunter Pro home edition had gone Bluetooth.  This I had to see! Due to a line I took in the new information, dropped off my business card and just recently some big bucks started running through my humble abode. 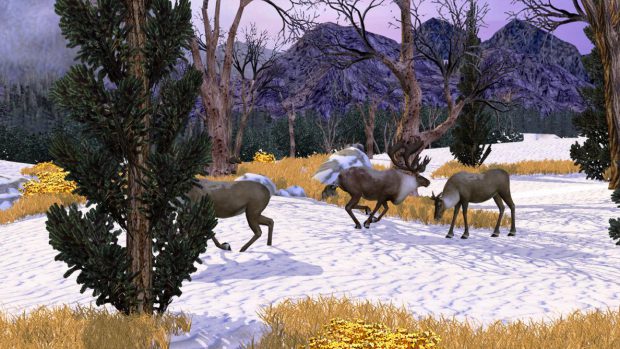 We are currently remodeling our media room so our high quality HD television is still in the box on the first floor of the house.  That meant I was going to have to do the gaming test on one of our older non-smart televisions.  I thought this might cause a problem for it to read where I was shooting and that eventually after a few shots of flashing light a dog would come up on the screen giggling at me.  I remember the old days of Duck Hunt, and not too fondly I might add, and no matter how I wanted to remind myself going in that this wasn’t the light gun of yore I still kinda anticipated it.  It didn’t take long for that feeling to shift away because even though I was still pretty much as bad as I remembered at Big Buck Hunter Pro it acted just like the arcade.  It tracked on the screen beautifully, even when I missed I knew it was me and not the gun because it showed me where my shot when when it missed and where my shot landed when I hit.  I understood early I will need to change my name on the game to my reviewer name because my given account was looking pretty pathetic but I was improving, and I felt eventually I would hit a ranking I could be proud of.

The ranking system is very cool too, since you can get a local ranking but you also get a global ranking by connecting the system to your wifi.  This also allows you to buy upgrades and add-ons, which for Big Buck Hunter I already own.

This isn’t the coolest thing about the Sure Shot HD Big Buck Hunter system, as I love the fact that they realized that shooting at big game wasn’t the only thing this Bluetooth gun could do.  So they created a side-scroller game name Major Mayhem where you help a Rambo/Commando type figure fight his way through jungles filled with ninjas to help stop a maniac who stole your girlfriend! The game is cheesy and doesn’t take itself at all seriously, but you get to blast your way along as they pop up behind huts and rocks trying to shoot you or get you to shoot a periodic scientist being held captive. If you free the scientist you get a temporary weapon boost and some coins towards your score. At the end of a level you can take those coins and make improvements on your weapons or unlock new ones.  Be forewarned though that when you are shooting you are peeking out from behind cover so yes a pistol shoots slower but you spend more time in safety than with a machine gun.  I got so addicted to this game that I had to take a break before playing the third game until the next day, even holding the shotgun properly in the notch in my shoulder my arm just got tired from holding it so long.

The third game that I downloaded onto the system was Thug In Time which was about a time hopping commando type fighting vikings and such. This game was a top down looking game and where you moved your barrel off of center was the direction your thug went. This one took a long time to master the controls of and I might be giving my skills a bit too much credit to say I mastered them. I needed to stand the exact ideal distance from the television marker or my control went mushy and even when I could see where I needed to fire getting past obstacles at the same time proved very challenging.  I was on normal level, maybe I should drop it back to easy until I really get the hang of it but it might just be a slow game to learn because it isn’t the traditional kind of movement we make with a game gun.

I mentioned above that the game used bluetooth and the way it does almost borders on magical to me. You get a slim little box you set below or above your screen. One end plugs into the television HDMI to show what is going on in the game. Another plug goes down and plugs into the USB port on your television for power. Now since I was working on an older television I was concerned at first about powering then I realized you can just plug it into any phone recharging battery! So I just grabbed an old one that was charged and sitting around and plugged it into the game system’s USB and it fired up.  If you own a quality name battery like I own a few of you might be able to play for days using the same battery it drains so little life. So this makes the gaming unit a completely portable system that you just need to be able to plug into a television with HDMI to use. 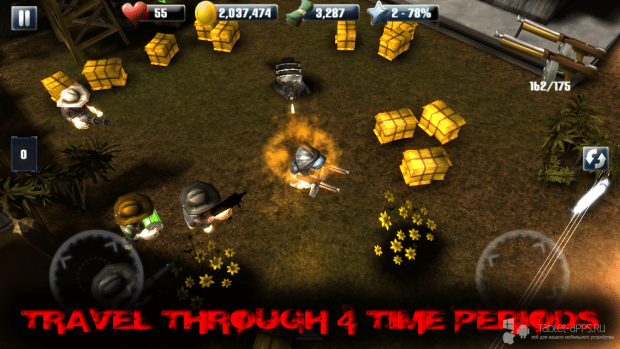 The Sure Shot HD gun controller runs off AA batteries so no worries about charging it, just keep a couple of spares around or set yourself up with rechargeable ones.  You plug the game system onto the USB connection, press the button on the top of the shotgun and it will have you calibrate the corners of the screen for the television you are working off of they away you go playing just like that.  You can have different profiles for different players in the house so that if you have a favorite weapon setup it will be saved to your profile and ready to go the next time you log in.

Once you get the hang of it you can participate in online tournaments, have rival challenges and find your spot on the global leaderboard.

The Sure Shot HD Big Buck Hunter Pro is a great jump forward in bringing arcade play into the home then taking it on the road. It’s easy to power, easy to travel with and more games are already expected in the future so I’m sure we will be revisiting this system when they do.  Hopefully I will have a second controller around then for two player.  Meanwhile I have gun, will travel…