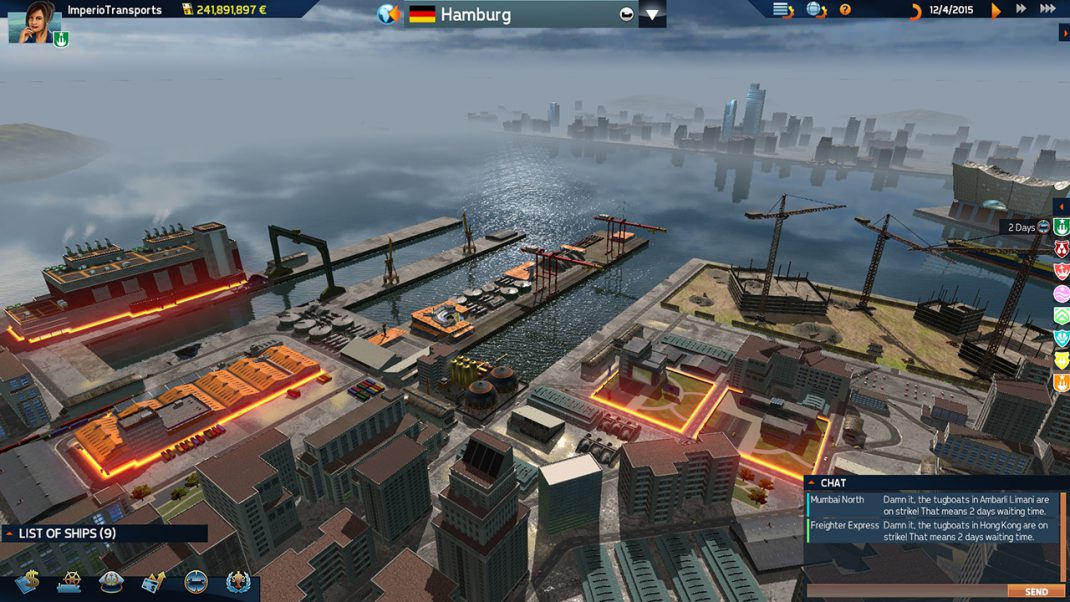 Moenchengladbach/Germany, September 6th, 2016 – Since May 2016 virtual ship owners have been busy competing for predominance on the seven seas with TransOcean 2: Rivals, now publisher astragon Entertainment and developer Deck13 Hamburg are ready to release a new update that will enhance the game’s single-player endless mode by adding several interesting features.

Ambitious captains with the goal of having their fleet transport large amounts of cargo effectively will now be able to sign lucrative company contracts. These contracts can be signed at the beginning of each month with businesses in regions where the player owns at least one subsidiary. As there will be a huge quantity of goods that needs to be shipped from A to B within a certain amount of time, the ship owner should always keep in mind to assign several ships of his fleet at once to fulfill this contract.

In order to maximize his earnings, the player is of course able to accept several company contracts simultaneously. Here the second new feature of TransOcean 2: Rivals comes into play: Full automationwill make it possible to take these contracts and combine them into a trade route that will then be served automatically by player’s fleet. If there is a repair dock available in one of the route’s harbors, repairs can also be scheduled to take place without further intervention by the ship owner, who can use the time freed up to manage his growing empire and further optimize his routes.