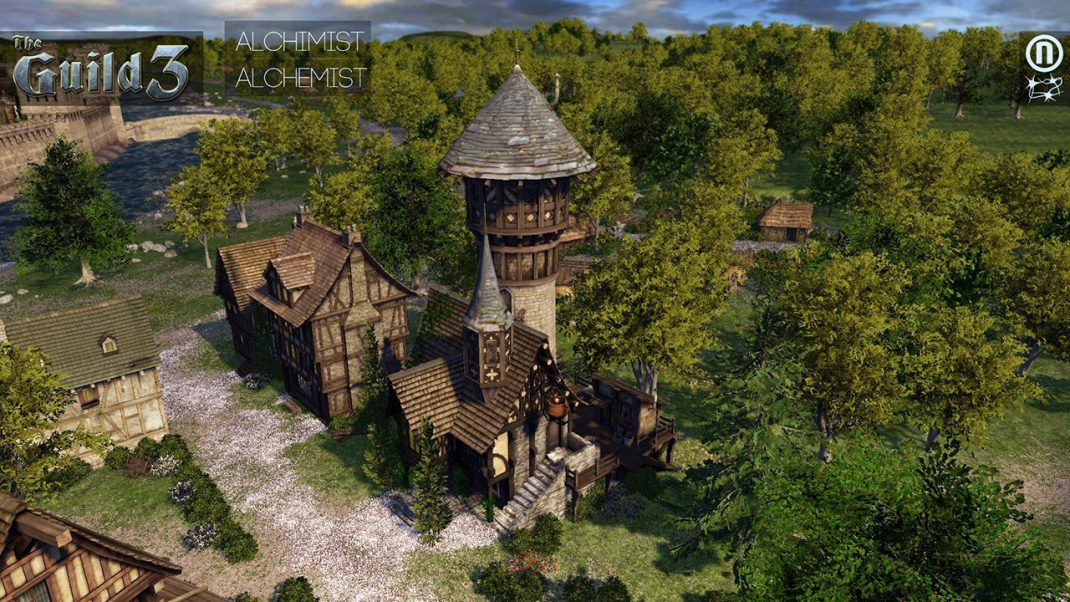 Politics and Trials in The Guild 3

Vienna (Austria) – 25. August 2016: In The Guild 3 players decide for themselves, on which comprehensive and completely game-changing aspects, they want to focus on. Once a solid financial foundation has been achieved, The Guild 3 allows players to set the economy system to “automatic” and therefore have the freedom to focus on politics and intrigues, might, influence and wealth.

Politics and trials are elements, we already know from older Guild-titles. Roughly based on the concepts from past games in the series, they are now both simplified and, ironically enough, even more complex through the ways they impact the gameplay.

Political Offices & Court Trials
Based on a pyramid-like structure, the political offices have simple rules., each office works at the requests of the office above it and when there’s a vacancy in the structure, characters from reputable families can postulate to get the position. The current holders of higher positions will vote, and the winner will be given the office.

In the game, trials have the same dynamic as elections. Three judges preside and they will vote for a sentence for your crime, ranging from acquittal to death penalty. The outcome is determined by the average vote and, depending on your influence (if you bought 2 judges out of 3, for example), you could still be sentenced, but would have to pay a lower fine.

Popular Opinion
A component that can really change the outcome of both elections and trials in The Guild 3 is the notion of popular opinion. Those years, after all, were marked by the emergence of the Humanism philosophy that would later sweep Europe and the rest of the world. For the first time, nobility had to start listening, at least in part, to some of what “the People” had to say.

While the population doesn’t have a say in the affairs of the city and the offices, they do have a standpoint. If you are a popular character and you are being charged with a crime, for instance, it will be known by the masses and chances are they will support an outcome in your favor.

If, for example, the judges or some other political enemies of the character select a very harsh sentence for a petty crime, the population might think that a grave injustice has been done and turn against the judges themselves.

Power & Authority
There will be many political positions (less if your city is smaller), separated into chambers. Even if you can be elected to just one position at a time, you can also influence other chambers (e.g. through putting a family member) – but up to a certain point. Like we discussed Wednesday, popular opinion is something that can boil over. If the population suspects that the system is corrupted, they could turn on you.

This offers gameplay to every elected positions, and incites you to hold on to offices and put as many people as possible in many different positions. It also allows you to advance positions, while opening and closing doors along the way. For players who attain high levels of power, this reality creates interesting situations where you can’t simply rule with an iron fist. If you do, the population might revolt and come burn your house, or even harm you. You have to work on multiple levels, and at least give the impression that you’re taking the popular opinion in consideration.

Of course, popular opinion is something that can easily change. You know, with a couple of scandals here and there…