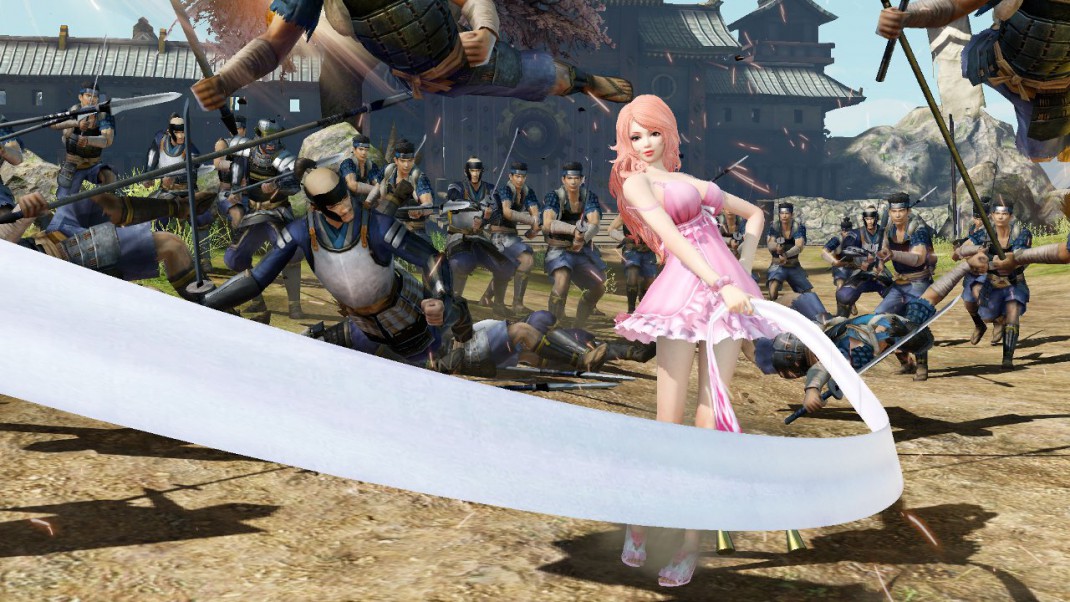 When I took the review for Samurai Warriors 4 Empires I thought, from just the initial images that I had seen, that it was an anime slasher with a few combo moves to remember – which I was more than in the mood for as my week of gaming was beginning.  What I was pleasantly surprised by was that was just the beginning of this game’s adventure and I would be spending a lot of hours finding out just how deep it went.

The game started pretty much like I expected it to with a notice on the screen that our clan was in trouble and we needed to fight from certain destruction.  I started swinging my sword, learning the minor power blows and being greeted by plenty of enemies flying through the air and and disappearing as they were wiped out.  After a nice solid defense that had me prepared for more slash and dash suddenly the game entered Politics Mode.  What?

Turns out is has a what at first sight is a light political section which actually winds up playing a fairly deep strategy section of the game which has as much say on what happens and the swords if not more.  Actually it is through the strategy that weapons and troops upgrade for the hack and slash.  The way I would describe it most simply is it is a strategy game that you then fight the battles through once it comes time to fight another clan/territory.  You have advisers and generals who you must consider both their advice and battle prowess because after you use one aspect you use the next. 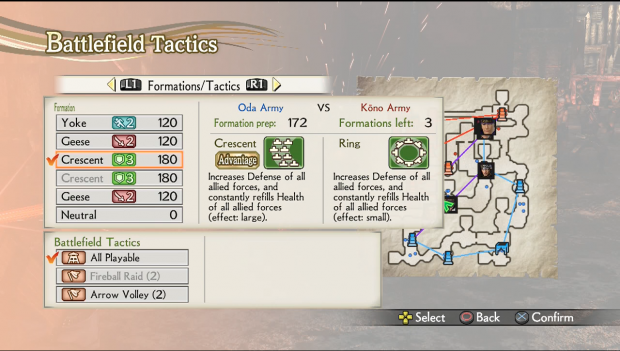 You also after capturing territories get new possible additions to your castle but they cost resources which then takes from battle… you quickly realize it is all a balancing act as you use a recuperating pool to bring back 200 of your men, but that leaves you with less resources in other places and then you still have to upgrade your castles as you capture them AND if you blow it in the hack and slash section which is timed it is all for nothing! Whew!

Luckily I love both strategy and hack and slash so I was adding up trophies on the PS4 like crazy and managing to mostly hold and maintain territories.  It is definitely worth checking out the manual because though there are plenty of save times they are kind of hard to find most of the time and getting back to them means exiting out.  I learned a lot of things through trial and error, the first time I lost a battle I didn’t understand how since I had dominated the map but I hadn’t defeated the last boss on the map before the countdown.

An interesting thing about the graphics are that they are a bit traditional strategy, looking like a Risk map then you go into battle and it is distinctly gaming anime with the big swords, dramatic ornate costumes and kind of hokey dialogue.  I could see someone who isn’t really into both kinds of games being a little turned off by this but I personally enjoyed it, feeling that the mix worked and was a well rounded experience that went really, really deep. 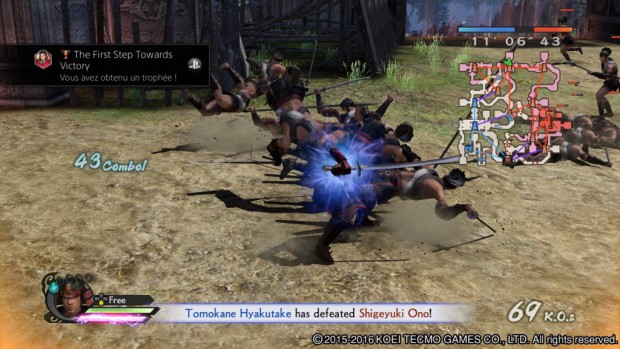 Samurai Warriors 4 Empires is an interesting game with a great mix of strategy and hack and slash gameplay – which winds up challenging your muscle memory as well as your muscle memory.  You can easily expect hours and days of play with lots of replay on the campaign section alone and you can also do custom gaming and expect downloads in the future.  So work on trying to plan strategically ahead in a game as well as being fast with your fingers, your life might thank you sometime in the future.