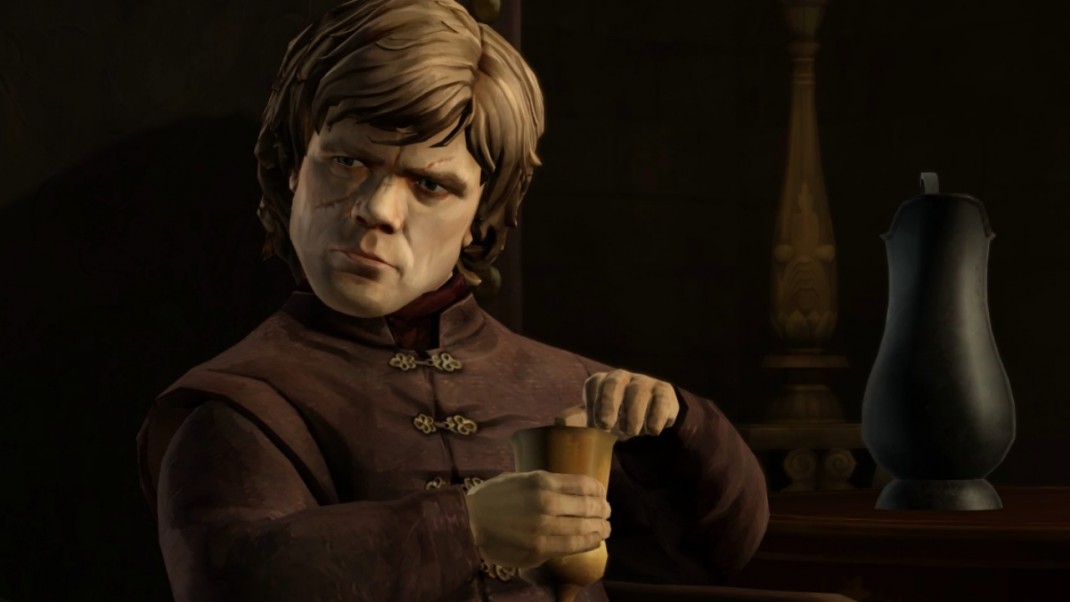 Game of Thrones A Telltale Games Series Season One Review 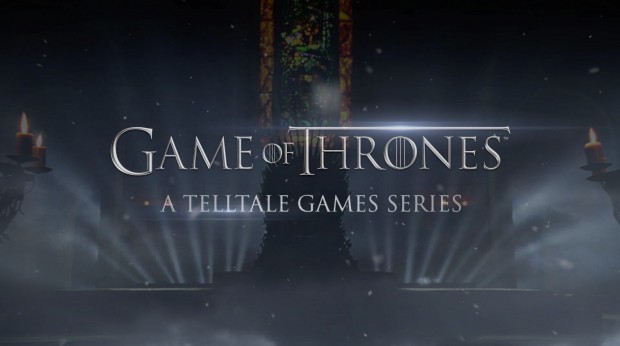 Telltale Games has chosen a style of storytelling and stuck to it so strongly that if you are talking about a game and say it is a Telltale Games game people will already have a general sense of what you are talking about. It will be setup in episodes making a season. There will be a stylized art style and it will be storytelling gameplay where you make decisions that will directly impact the entire season of gameplay. When you are in control walking around where you look and just as importantly don’t look will have consequences. When you are choosing the timed multiple choice answers which answer you choose or if you choose no answer at all in time and instead provide silence to the conversation will have long reaching ramifications. I get REALLY excited every time I get to play a Telltale Games production because I know it will be a sort of interactive cinema and a great story will be told.  Telltale Games Game of Thrones Season One is no exception.

Background:
Based on HBO’s award-winning television drama, Game of Thrones – A Telltale Games Series tells the story of House Forrester, a noble house from the north of Westeros. Caught up in the events of The War of the Five Kings, they are placed in a precarious position where members of the household must do everything they can to prevent the house from meeting its doom. 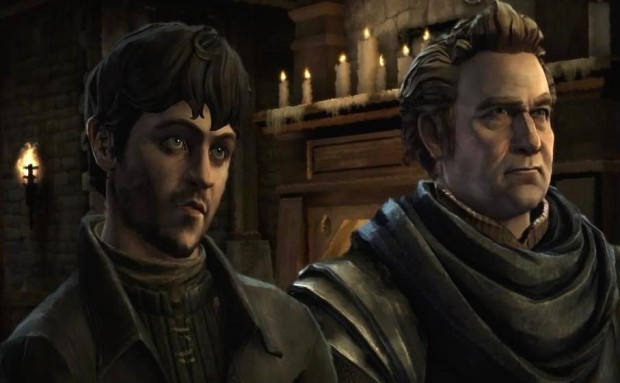 Hands On:
So that was the official background and you can tell they are trying not to give away any spoilers but it sounds awfully dry to me. It is about House Forrester who was closely aligned with House Stark, if you know anything about Game Of Thrones you know that after a certain point in the saga that is a bad place to be. Well this is at about the worst time to be aligned with the Starks since events take place starting at “The Red Wedding” which is capitalized for a definite reason and was the one place the HBO producers said they were trying to get to before getting cancelled (which isn’t likely to happen anytime soon). In the first couple minutes of the game, which starts off fast and furious, you make a decision that effects you for a long time. Though the game, particularly the mid episodes, do drop into dialogue driven action every dialogue has ramifications, some downright deadly as you would expect from a Game of Thrones story.

Those who watch the television series will be treated to what the events of the show look like to side characters and what those characters do when they aren’t onscreen. If however you have never watched an episode of the series you will still be fine and enjoy the game just fine, you will just know what is happening from the perspective of the Forresters and they get around as much as any other house, more than most even. As a result you get to see all the main players from the HBO show and get to deal with all the issues anyone close to the Starks did which were mostly unpleasant. At times you feel relief that your decisions bore certain long term results, other times you find yourself thinking “why didn’t I handle that quick moment differently?” when two episodes down the line it is still coming back to haunt you. Leading a house is harder than it looks on TV, sometimes you are relieved when you get to watch a bit of action unfold that you don’t have to make a direct decision in. 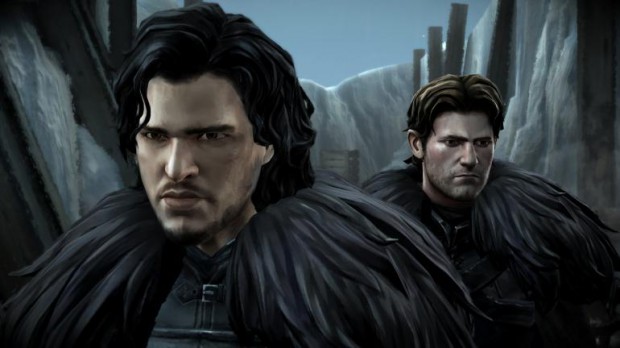 The animation is great, the characters look like stylized versions of themselves from the series so with only a couple exceptions if you watch the show you will recognize them the moment they hit the screen, I almost think the game would be more challenging though if you don’t watch the show and go in with any preconceived notions of what the characters are like. “She looks like the mom from the Terminator series, I bet she is nice!” that type thing. I was a bit concerned when I first went into reviewing Game of Thrones because it is one of the few titles that are based on non-animated characters but Telltale Games does a great job of riding the line between their stylized visuals and the real actors’ looks, so much so that I am looking even more forward to The Walking Dead spin-off they are doing about Michonne. 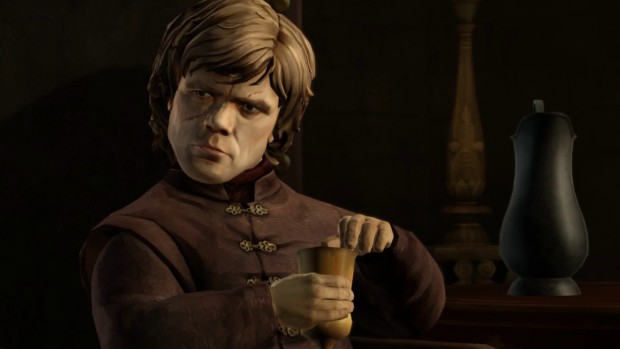 Last Look:
Game of Thrones Season One is a terrific game that feels like it belongs as part of the HBO series’ cannon. Telltale Games has woven a great story showing how other houses were effected by the events of the show while at the same time giving the player enough control to make decisions that will have long lasting ramifications throughout the next season and knowing Telltale throughout the game’s entire run. I’m already looking forward to playing the next season though for now I can at least be content with playing through this season again and seeing how different it will be with different decisions.

game of thrones   got   review   season one   telltale games   The imp