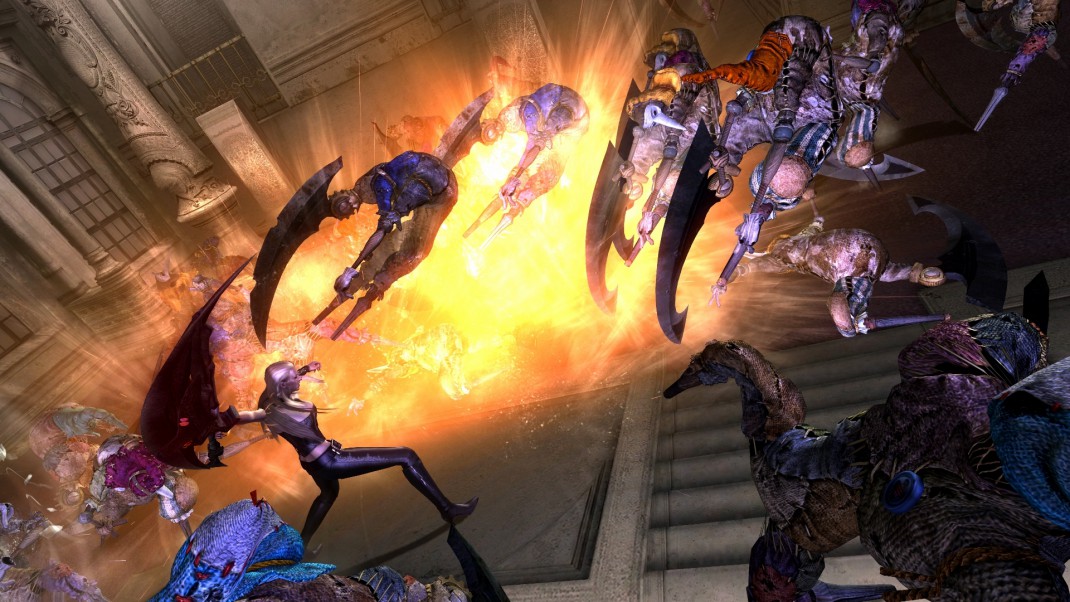 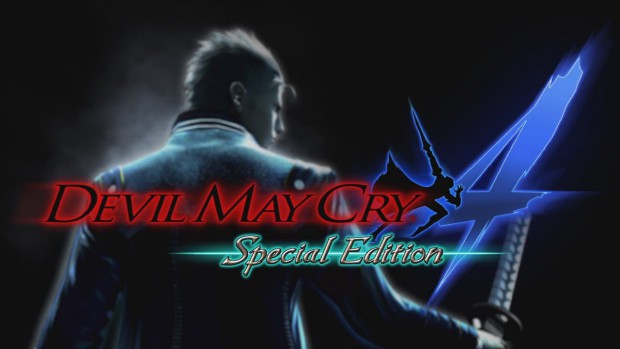 There’s just something about anime and big swords that just go great together. I think maybe even more so for anime video games, because there is something particularly satisfying about being the one who is swinging those big swords. Jumping ridiculously high in the air, coming down is a helicopter flurry of blades and following it up by knocking your enemy out of the park is totally my cup of sencha. Honestly, it was those games that got me into anime such as Bleach, Black Butler, and Death Note thought it was the likes of Akira and Ghost on the Shell that got me to accept that my 8-bit Final Fantasy was gonna be anime. Basically, the point I am getting at it there is a lot of anime in many forms and video games are some of its best, those who don’t accept it are missing out on great games like Devil May Cry 4 Special Edition.

Hands On:
For those of you who can count to 5 and seem a bit confused because you thought you heard of a Devil May Cry 4 back about seven years ago – don’t worry, you would be correct and this is not supposed to be a new number/iteration in the series. This is the suped-up, next-gen special edition with updated graphics, three new playable characters, and a brutal Legendary Dark Knight mode. My suggestion with that last feature would be to play through once on a lower difficulty mode because you will want the health stars and golden life orbs to survive this brutal trip. 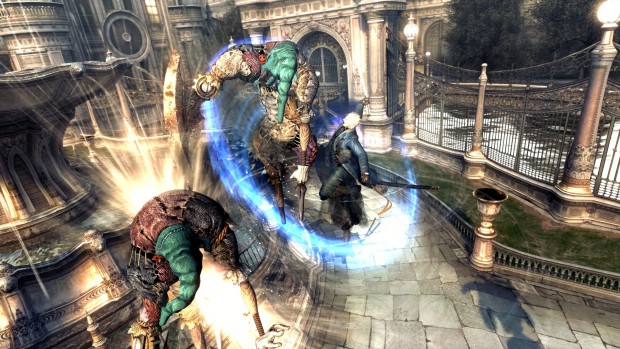 The game has a high replay factor since you can play as Dante, Lady, Trish, and Vergil. Each character has their own styles and strengths which makes playing through the same level still interesting depending on who you are controlling. Lady is not primarily a melee fighter, so keep your distance – especially since she is human so harder to heal and keep alive. Trish has plenty of tricks but you need to keep her in close and be aware of her directions. Vergil is a melee beast but easier to master if you give Dante a playthrough first. Dante is well rounded and if you get overwhelmed and start button mashing, you might still survive with him where the other three require more finesse. If memorizing long button combinations is too hard for you, there is an auto mode which requires only remembering how many times to hit a button and when to pause, almost like Morse code fighting.

If the different difficulty levels and different character choices still aren’t enough reason for you to play through again each level is also graded on speed, style and finding hidden objects. Since finding hidden things and speed seldom work together and style is somewhere in between it can take multiple runs to get the highest score you can in each subject and several runs to get the highest score possible overall. Then you do it for each character. 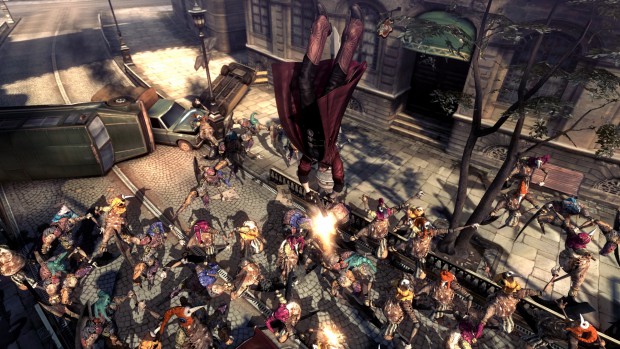 Replays might seem kinda long if you couldn’t skip the cutscenes but you can. This is also nice for those who don’t care about story and focus on the fighting because they can jump right along. I think players should watch the cutscenes, at least the first time, otherwise they are missing out on the overall experience. The cutscenes in Dante’s story are pretty long but very well developed, and I wouldn’t be surprised if some people rewatch them on purpose. The cutscenes from other storylines seem fairly dependent on Dante’s, so I would recommend playing through first on him again.

Last Shot:
Devil May Cry 4 Special Edition is everything players wanted in a revamp: updated graphics, more playable characters, and an extra difficulty level all wrapped up in a replay-encouraging game. This makes me dream of all kinds of reboots I would like to see done right, with upgraded graphics and characters we always dreamed of getting our hands on. It’s not very often that a revamp exceeds our hopes.