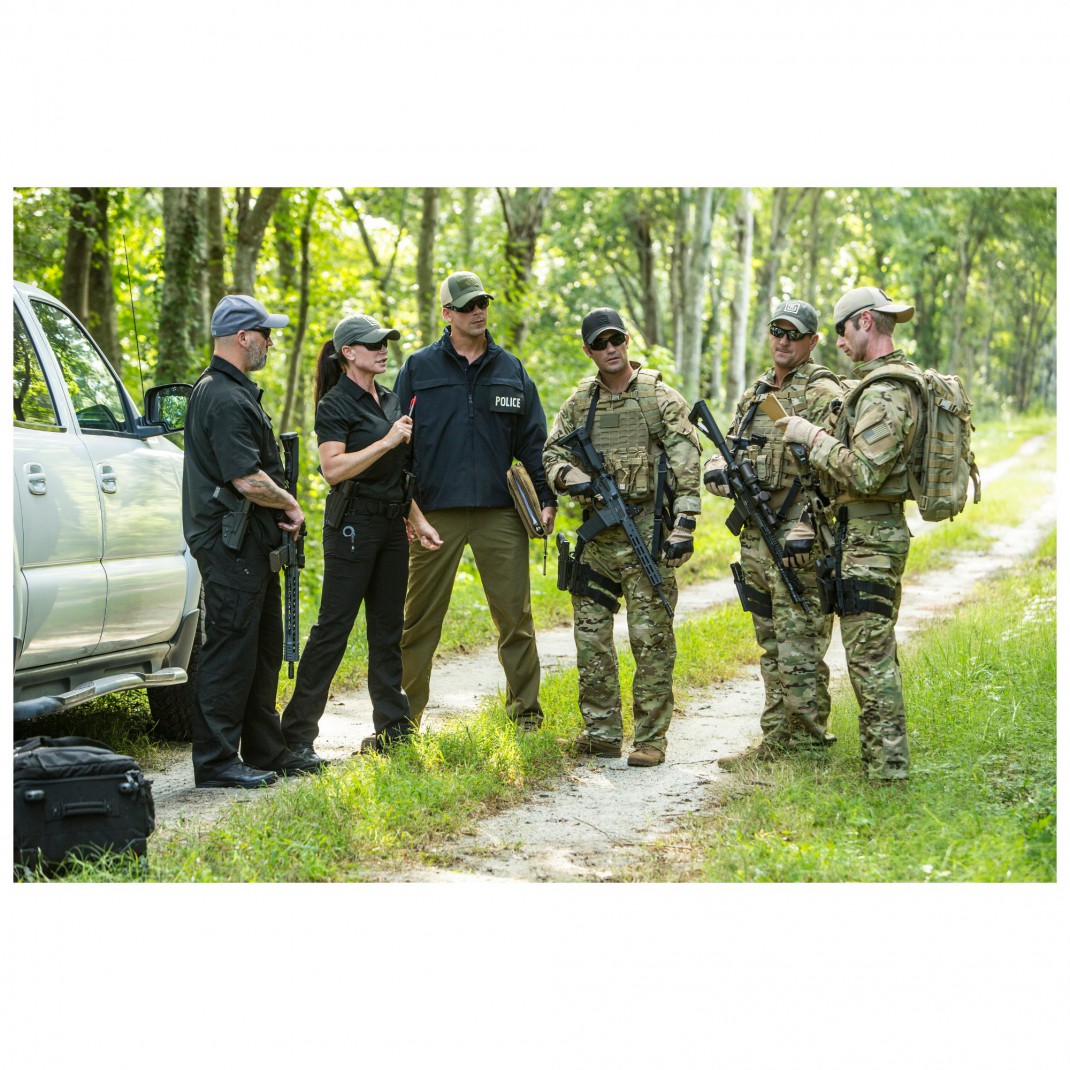 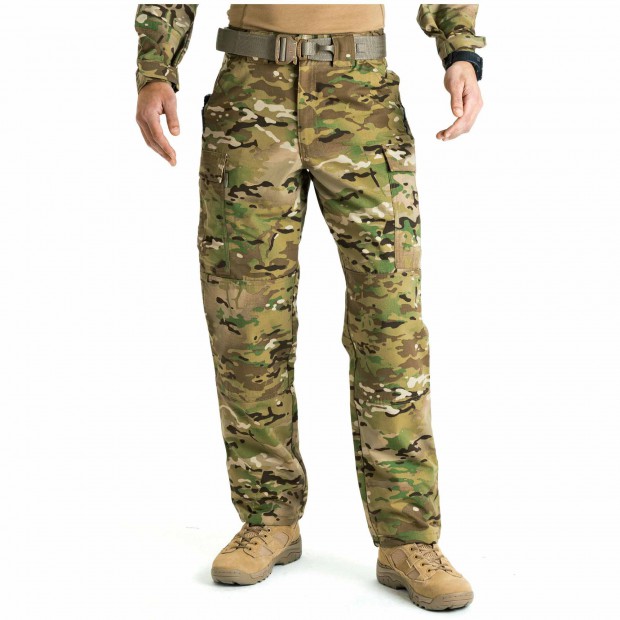 Getting a good pair of tactical pants to wear while playing airsoft in rugged terrain is very important. We often play in environments replete with hazards that could cut your legs up. There are a huge number of factors that go into a comfortable pair of pants that hold up while you are running and gunning, climbing and ducking, and crawling around in the dirt. The pair of pants we are looking at in this article are the 5.11 Tactical MultiCam TDUs.

The Tactical Dress Uniform, or “TDU”, pant is 5.11 Tactical’s enhanced take on the traditional Battle Dress Uniform, or “BDU”, pants. Their TDU pants feature several enhancements over the BDU – such as cargo pockets with velcro closures, larger belt loops, zipper fly, as well as water resistant material. Even cooler still is that 5.11 Tactical has built in pouches on each TDU pant leg’s knee area to pop in some knee pads! I hate the feeling of sweat and heat that builds up around my knees when wearing external pads. Being able to insert a pad directly into the pant leg is so much more comfortable. It allows more airflow throughout the entire pant leg and makes for a less sweaty wearing experience.

Wearing the pants is generally comfortable – especially when considering the self-adjusting tunnel waistband. It allows for some give when the user breathes and, well, if the user is a bit more stout around the mid-section than they let on.  The MultiCam pattern is true Crye Precision MultiCam and the overall stitching is excellent.

The biggest complaint I have with the MultiCam TDU pants is that the material doesn’t have a lot of stretch in it. This means that you may consider buying a size larger if you have a lot of “junk” in your proverbial “trunk”. This is most noticed when going from a standing to a squatting or kneeling position. The pants pull a lot on the stress points. Of course, that rigidity also helps protect you, but it comes at a price. 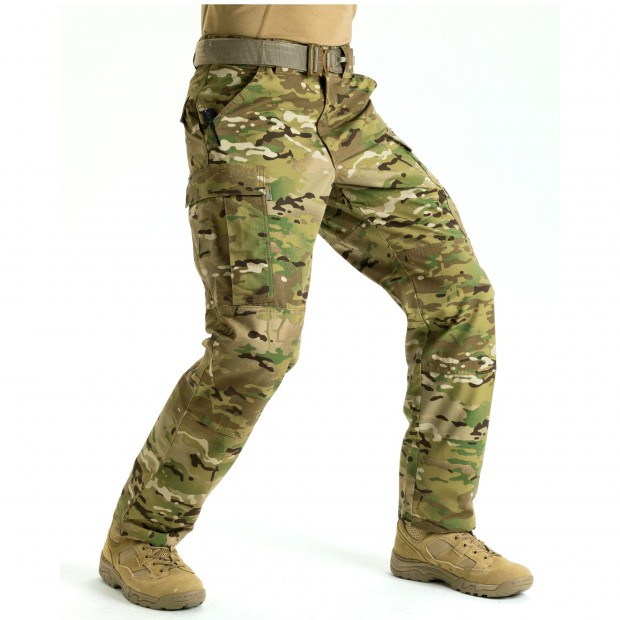 In terms of pricing, the 5.11 Tactical MultiCam TDU pants have a reasonable MSRP of $80.99. In contrast, LBX Tactical’s MultiCam pants run about $14 dollars more than the 5.11 Tactical pants and are not nearly as feature-filled. I had the chance to wear the 5.11 Tactical MultiCam TDU pants for several airsoft games when I first received them and found the support and function to be terrific. A couple times since, I have even left my chest rig (with its M4 style magazine pouches) at home and played some games keeping one high cap magazine in each cargo pocket. The elastic strap in the pockets keep the magazines right side up for easier indexing.

Overall, the 5.11 Tactical MultiCam TDU pants score a 4 out of 5 stars in our rating scale. They are very durable and I love the self-adjusting tunnel waistband. I would have liked to see them use a slightly more stretchy fabric to accommodate quick movements into squatting and kneeling positions by the operator. They retail for $80.99 at 5.11 Tactical’s official website are are available now. I like these pants so much, I have purchased a second pair in another color pattern! 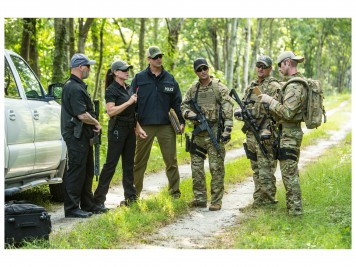 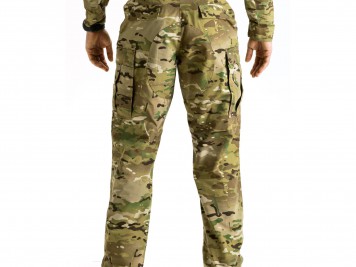 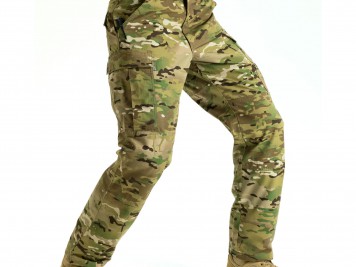 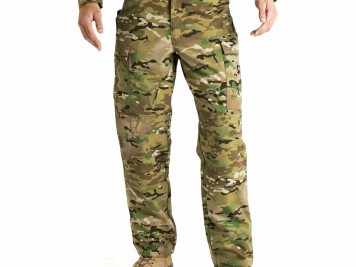