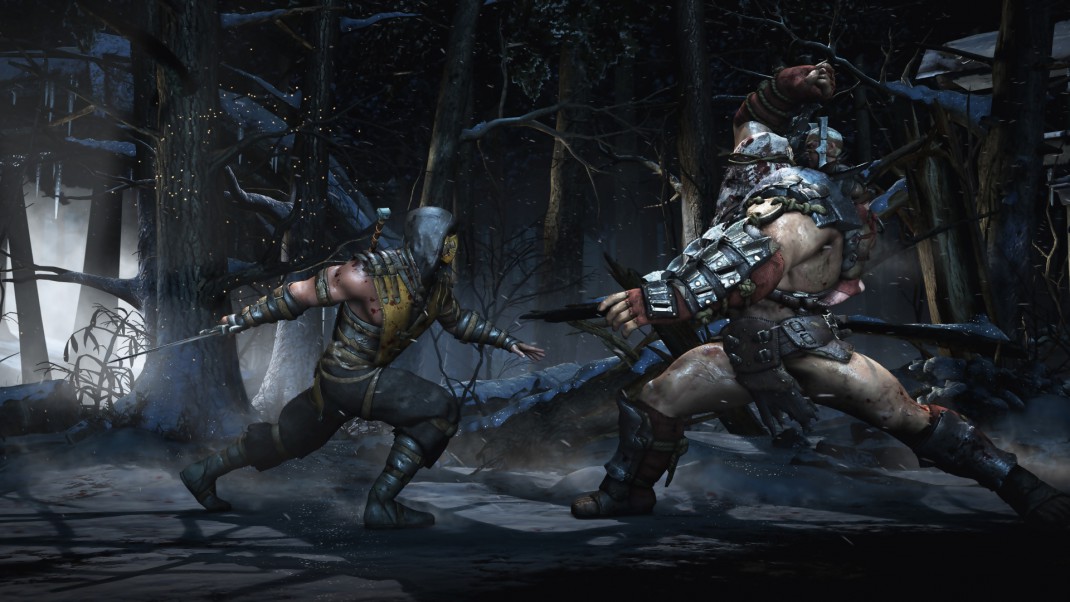 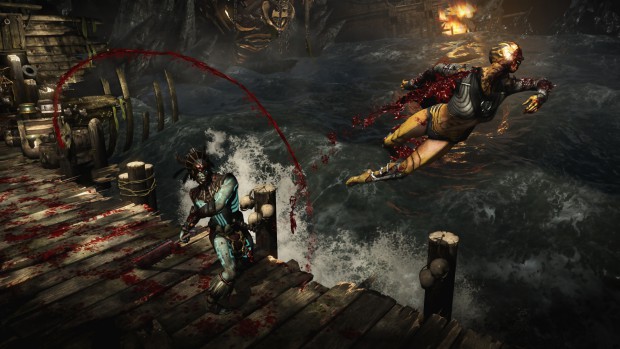 FINISH HIM! Few phrases are more recognizable in video game history than those two words. I remember when a video game came out in the arcades that all the players gathered around to see it. Weirdly, it was also the way kids might circle around and gawk at something that was taboo. They didn’t want their parents to know that their fighting games had just gone up a level – that if you learned the right combination of moves you could rip people’s heads off, pull hearts out or other gory things. They didn’t just fall over while you celebrated, they were destroyed in a beautiful gorefest usually reserved for slasher flicks. You didn’t just lose – you were punished. Everyone figured once the gore was discovered that the game would go away never to be seen again, and yet here we are so many years later with Mortal Kombat X, not only continuing the tradition of brutalities and fatalities but, also, adding depth to both the storyline and the gameplay.

Description:
Mortal Kombat X combines cinematic presentation with all-new gameplay to deliver the most brutal Kombat experience ever, offering a new fully-connected experience that launches players into a persistent online contest where every fight matters in a global battle for supremacy.

Mortal Kombat X gives players the ability to choose from multiple variations of each character, impacting both strategy and fighting style. Players step into an original story showcasing some of the game’s most prolific characters, including Scorpion and Sub-Zero. 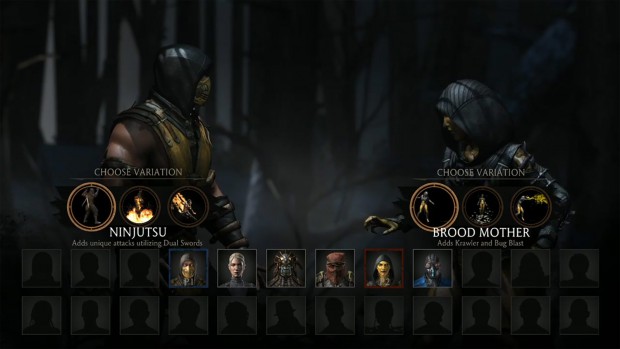 Hands On:
First things first and has to be said: Mortal Kombat X has a very detailed and good story in its single player campaign mode. The fights have purpose with fairly long cinematic lead-ins tying together the world and characters with real plot. You aren’t just fighting in a Mortal Kombat tournament. I was stunned and hanging on every moment of the storyline, shushing people who walked through the room chatting. I am pretty sure that they assumed since the controller wasn’t in my hand I wasn’t playing a game – quite the opposite. Sure, some of the dialogue can be a little corny, intentionally for the most part because who could imagine Johnny Cage not having bad one-liners? Every character serves a purpose and every fight has its place in the story which allows players to follow the next generation of Kombatents.

Of course, all that can be skipped at the push of a button if all you want to do is maim, kill, and destroy – and there is nothing wrong with that. Afterall that is pretty much where the game began and, for some people, that’s all they want. For those folks there is still plenty of mayhem to be had and lots of playtime even if they skip the cutscenes or the single player section entirely. It is at it’s heart a two player gorefest even if the game now has a story to accompany it. There is a single player AI play mode to help hone your skills as well as the single player campaign and training grounds. Then it is off to play two player local like the old days or use this newfangled thing called “the Internet” and play folks from all over the world  in both ranked and un-ranked battles. Brutalities and Fatalities are unlocked through play and through the Krypt, a cemetery type locations where you bust headstones, open treasure chests or tear open cocooned bodies and egg sacs to unlock moves, art, music and, most importantly, characters for multiplayer mode.

When you first go online, you are asked to join a faction and, once you do, your every battle can help or hurt your faction in its struggle for world dominance. There are a handful of factions to choose from, each with special moves and there are even daily faction challenges. If you don’t like the one you join, you can change your mind at a later date.

Besides factions, there are tower matches that are traditional style matches and team matches where you can get together with your buddies and more. If all this sounds like a bit of a pain and more than you really want to keep track of, just pick online play and click through until you get a game.  Then you get to pick between three fighting styles for your character. While they have really tried to enrich the gameplay – in both single and multiplayer, at its heart it is still the fun gorefest you have come to love. 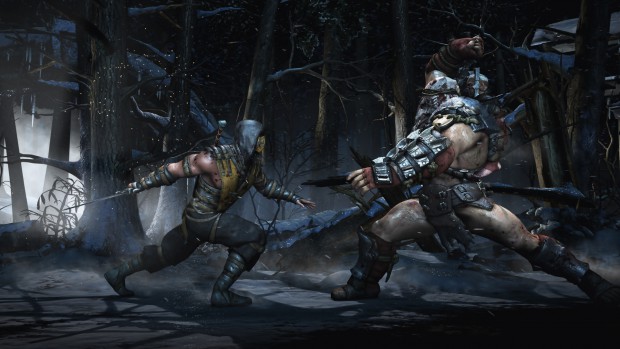 On the Xbox One the gore is particularly beautiful and graphic as are the environments behind the battles. Seeing through the skin as you shatter bones and pummel organs is quite satisfying and the backgrounds with corpses floating on giant waves and large bloody temples can be as stunning as well as wide open mountains and dense forests. I could definitely see this game being a leader in 3D gaming eventually, the terrific action and separation of foreground and background already almost give it a 3D effect.

Also, don’t worry if you are a button masher because you aren’t very good at remember fatalities, you can earn fight skip and easy fatality tokens in the Krypt to keep you progressing in the game and enjoying it even if you aren’t a combo savant.

FINISH IT!:
I could go on and on about Mortal Kombat X but really it comes down to this: Mortal Kombat X is the best game in the series and hopefully starts a new legacy of Mortal Kombat game depth that will continue on. When it comes to scoring a game I try to figure out what I could think of that could possibly improve the game… the only thing that even crosses my mind would be adding popular culture iconic characters to the mix, which is on the way when Jason and Predator join the mix in the Mortal Kombat Pass soon. I can’t wait to FIGHT!