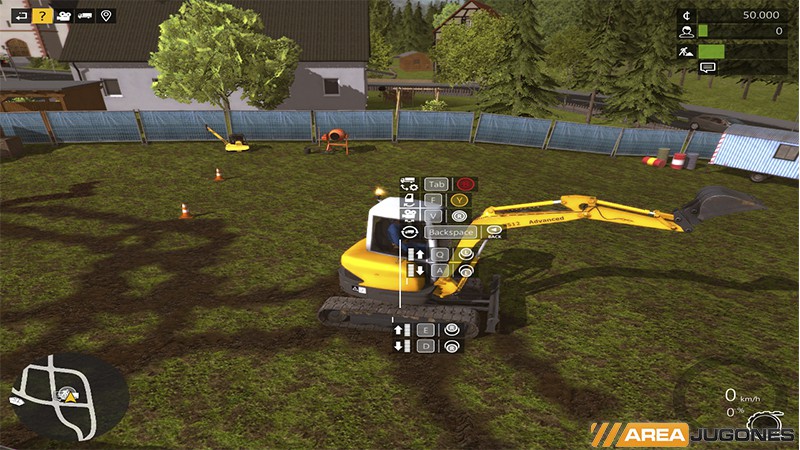 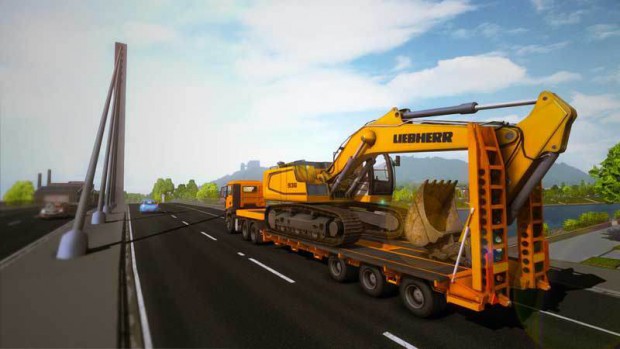 When I was just finishing high school, I got a job as a park ranger for a municipal water district. That was one of the best jobs I ever had, I got to work outdoors but I was also trusted with some very heavy machinery. I drove flatbeds, dump trucks, water trucks, and even construction style equipment such as a forklift and an excavator. So
I was more than happy to don a virtual hardhat and travel down memory lane in Construction Simulator 2015.

Description:
In Construction Simulator 2015, you take the controls of 15 realistic construction machines made by LIEBHERR, STILL and MAN with high-quality 3D graphics. Excavate the foundation of a house with realistic machines, pour concrete into the wall panels of a factory with an enormous concrete pump, or test the steadiness of your hands by placing gigantic roof trusses with a mobile crane. Thanks to the realistic controls, you can steer an excavator with two joysticks using SAE controls and feel as if you are working on a real construction site. 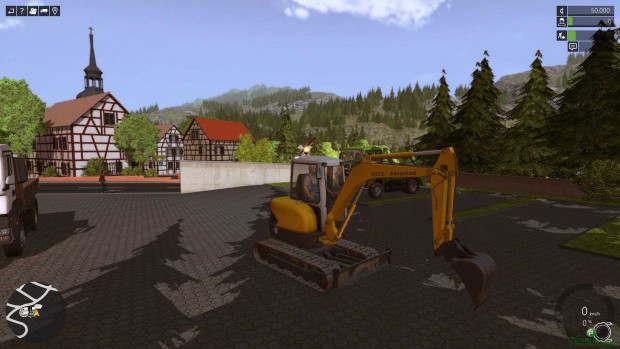 Hands On:
One of the first things I want to point out is that this game has a multiplayer mode. For many games this would not be a particularly interesting notion but when it comes to sims, particularly building sims, this is very unusual. My first thoughts on this were “sure they have an online mode but it is useless without a community to support it.” This is where I was very pleasantly surprised, every time I have checked the servers there are several games going on at any given time. It is Euro-centric so it’s highest player numbers are in their active timezones but there are plenty of games to join and start building in. I recommend you don’t just try to jump in and start building online, play the offline for quite a while before you even try or you will literally be left in the dust.

When you start you start small, with a flatbed truck and an escalator, any other equipment you need at the beginning you rent. The tasks are pretty straight forward during the beginning which is set up as a tutorial before jumping into contracts and making your own money. This is good because as part of your dialogue you say “Yippee!” about the chance to get to drive a flatbed truck a few blocks (the dialogue doesn’t take itself too seriously) which would make any boss or even player a bit nervous about your character’s abilities and mental state. 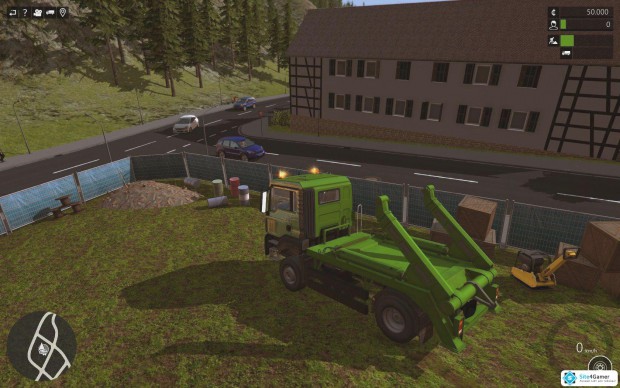 Luckily the game can be very forgiving. If you happen to not do a very good job hitting the brakes turning into the construction site and accidentally hit your boss with the flatbed truck the truck stops like it hit a wall instead of mixing some blood into the dirt. If your truck gets into a head-on collision with a car the car is not damaged, you either just stop or I got the flatbed to do flips in the air a couple times. Standard view is third person with graphics and very reminiscent of the Grand Theft Auto series. This works well so that you get the hand of standard movements and vehicle controls quick.

The real challenge comes if you use the keyboard to work the heavy equipment. The escavator for example has controls that make sense for the machine and keyboard layout but have you wishing you had a third hand at times. I kept forgetting to move my hand to a certain section to properly aim the bucket to break the dirt and then scoop and move the arm into a good position for dumping. Luckily the game is forgiving because during the tutorial I dug one ugly trench. The game was more concerned with how much dirt I moved out of the trench location than if my corners would meet work site or military standards which was good because the learning process is slow and a bit painful how it is.

I really try not to make the following recommendation when playing PC games, to me it generally defeats the purpose of not playing on a console but this game really lends itself to a controller. On a controller you can do all the required adjustments on the heavy complicated equipment without moving your hands all around which is pretty necessary with the keyboard. The game is also compatible with other sticks and controllers besides a standard game pad and that would probably also add to authentic feel. 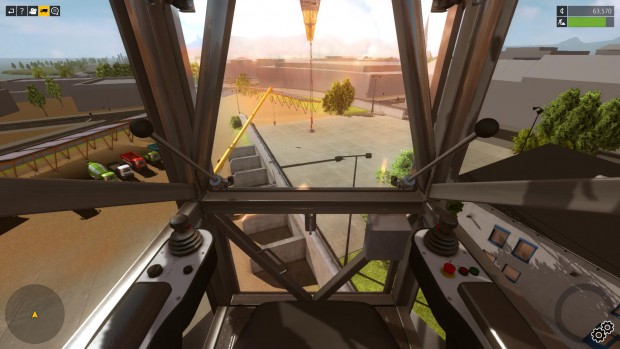 Though the default view is third person you can change it to first person when operating the equipment which I highly recommend, makes it much more immersive. You are going to have lots of hours of playtime with 200 missions, online play and future player/community mods so it’s a good idea to try out the different possible setups as you settle in.

Last Call:
If you are big into sim games Construction Simulator 2015 should definitely be on your playlist. If you find your average day has you locked in a cubicle dreaming about working outdoors behind the wheel of several tons of rolling machinery you need to look no further than this game to get an idea of what you are missing. It is also cool if you just like digging virtual holes and laying virtual pipe.