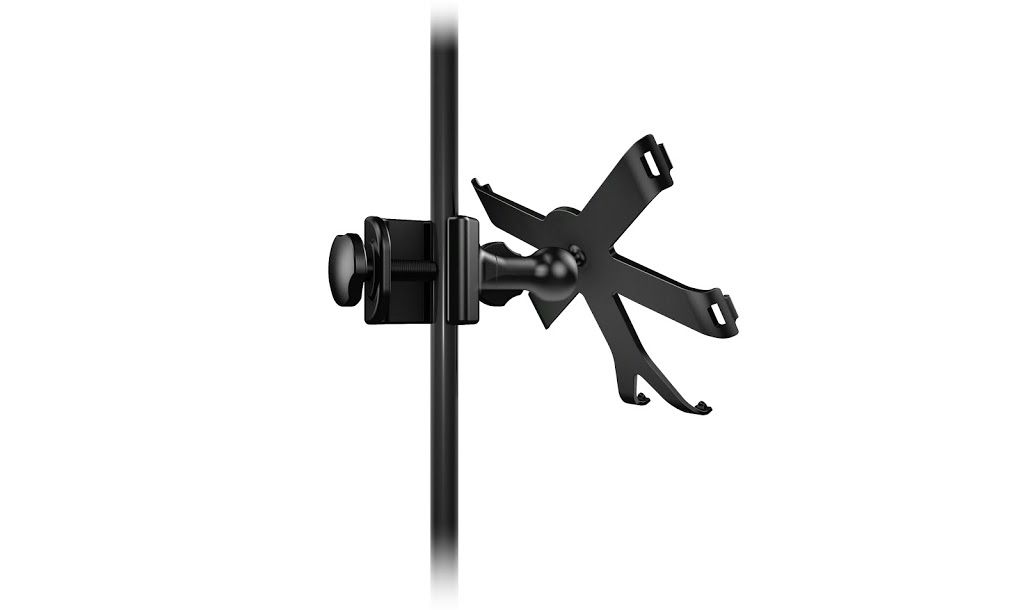 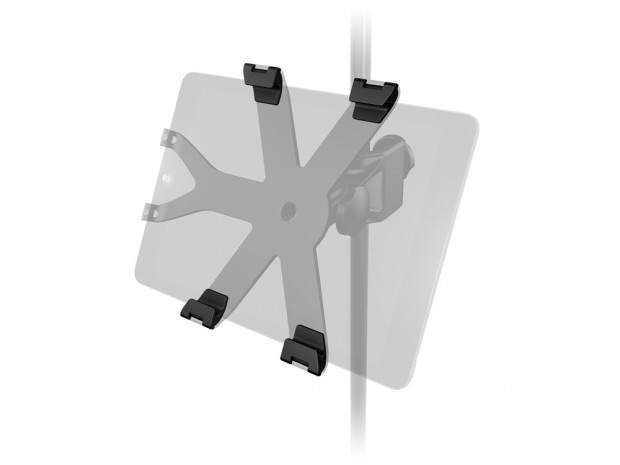 IK Multimedia came up with the iKlip holder to fill an increasing niche that the iPad could fill but there were no great solutions for: attaching to a microphone stand. Once on a microphone stand the iPad could be used for karaoke, sheet music display, set list, mixer, remixer, instrument instructor, tuning system, the possibilities are only limited by the imagination but had been mostly aimed at the music industry and as a teleprompter for public speaking.

I don’t do either of those much anymore, I can’t hold a beat or sing a note and my public speaking days are pretty far in the past. I could have seen applications for the iPad 2 in news directing but those days are past me now it seems too. I spend a good deal of my time now in bed due to genetically inherited medical conditions and a life rough on the body. As a result I have developed a new appreciation for things that make it easier to still play games, do reviews and keep in touch with the world. It was with these in mind that I approached the iKlip 2.

The iKlip 2’s construction breaks down to a sturdy iPad holder attached to a swivel ball which is attached to a C-clamp. This design serves perfectly and solidly to clamp it to a mic or camera stand and could totally be used to cover an event as a iPad camera stand or it’s intended purposes. I found when laid up in bed it attaches nicely to a camera stand to hold the iPad close at a good level for my eyes so that I can type on a bluetooth keyboard or use it for FaceTime or other video conferencing uses placing the camera at an optimal level. 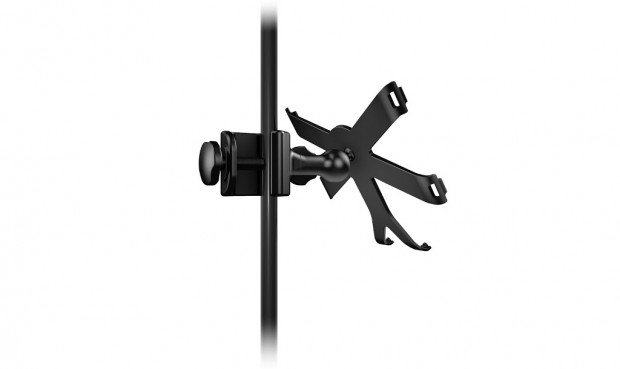 The nice thing about the C-clamp and swivel ball is that you don’t have to limit yourself to a mic/camera stand. It attaches nicely to a night stand, to a bed tray, to a wheelchair, the visor of a car, the clamp makes it so that once again the uses are limited only to the imagination and the swivel ball makes sure that whatever you attach you will still have an excellent viewing angle of the screen.

Even now I am typing briefly on a desktop, my body already beginning to rebel against the sitting up position, but I have my iPad clamped to the side of the desk using the iKlip 2 so I can monitor Twitter and Facebook on it without having to switch to different windows on my desktop monitor and can concentrate on getting the story written.

Last Call:
The IK Multimedia iKlip 2 does a great job at what it is marketed for, teleprompter and music, but it’s uses far exceed these areas. The design is extremely effective at making the iPad available to limited mobility individuals and can make the iPad more user friendly during travel. It even makes it so that the iPad can work as a second computer screen. The iKlip 2 will be with me on the road as well as in bed to keep me connected to the world.