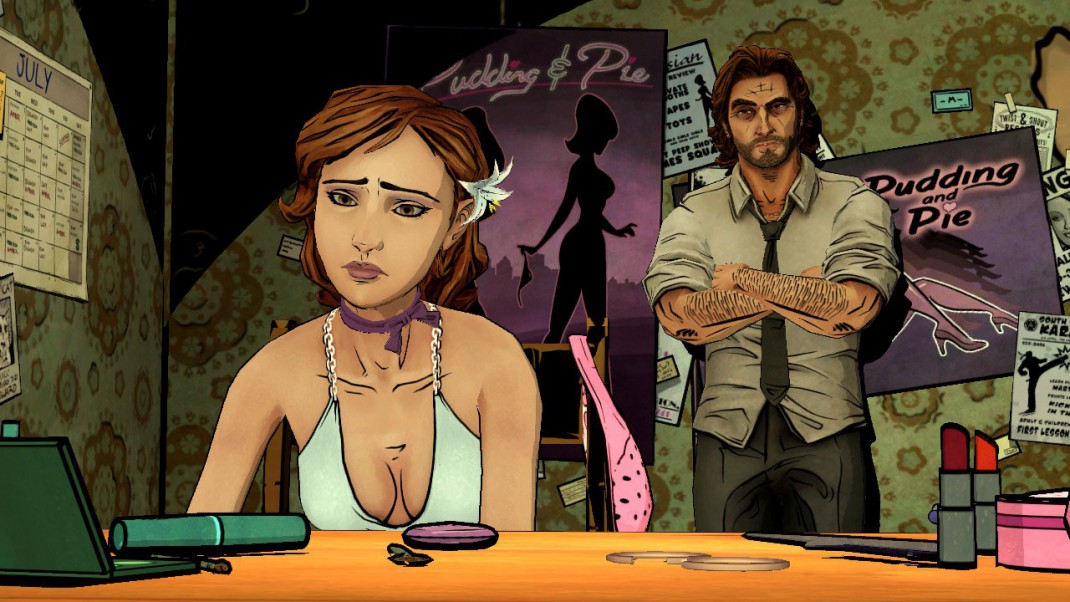 The Wolf Among Us Episode Two: Smoke And Mirrors Review (PC)

The folks at TellTale Games made a smart move when they made The Wolf Among Us Episode One available for free during a limited time. Even though this is the same company that has brought us The Walking Dead episodic series, the Fables comic franchise is far less recognized. It is an easy enough premise to describe, but not necessarily to grasp: Imagine all the creatures of stories, all those “happily ever after” tales and parables were real and due to issues beyond their control were forced out of their lands and into a seedy section of New York. There, those who can pass as humans do, those who can’t either have to have a glamour or move out to “The Farm,” an isolated place where they can be the forms they are but hide from the outside world.

I really haven’t spoiled anything of the story, just a background that isn’t developed in the episodes but that any Fables fan can tell you are stories worth reading in the Vertigo comic titles the game is based from. The preview for Episode One also lets you know that Bigby Wolf, who was known back in the day as “The Big Bad Wolf”, isn’t such a bad guy for a werewolf. He is actually the sheriff of a bunch of characters who are used to being in their own limelight and not answering to an authority figure, especially one with a checkered, misunderstood past. With all that in mind hopefully faithful reader you are ready to be a faithful player of The Wolf Among Us, a game just as good and touching as The Walking Dead with a much more vast variety of characters.

Without giving storyline away, which is really difficult in an episodic review since it is the same gameplay as the last just new story, the title “Smoke and Mirrors” is a fitting one. 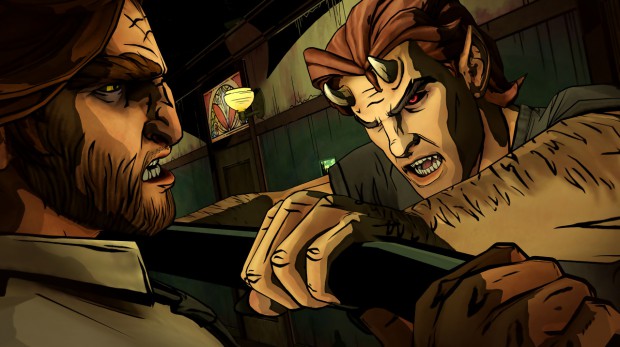 Those who played the first episode had that shocker cliffhanger ending which Fables fan or not was definitely a “Wow!” moment. The second episode picks up right where that one left off and it doesn’t take long for the smoke and mirrors to start twisting the tale. Your choices from the first episode carry over as well and you find yourself wondering if things would have been different had you made different choices, if maybe your sheriff skills had been a bit more polished (and trust me it does make a difference, I played both episodes through a few times to get different storylines and results). The characters remember how you treated them and others in previous encounters so it really makes it a personal story, if you go charging through all huff and puff your case might not go so hot.

Conclusion
The Wolf Among Us Episode Two: Smoke And Mirrors is just as good as the first one, maybe better since the characters require less establishing dialogue and scene setting and jumps right into the action. Try not to think too much about the title when playing it, you might be able to figure out a twist or two early if you do. Just enjoy the play and then look back and decide if you think it was as fitting a name as I did. Because the game is based off such a rich world, Fables could become a great source for seasons upon seasons of great gameplay if it receives the attention it so richly deserves.