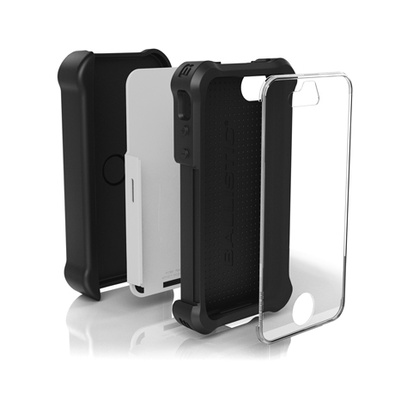 My latest reviews of cell phone cases could have been described as “these are a few of my favorite things”. I am a klutz, I have come to accept this aspect of myself even if I haven’t come to love it. As a result I have come to love my phone cases and have developed a system of usage. If I expect to be at business meetings I use a very slim design. If my plans take me on vacation to theme parks where I may drop my phone down some of the world’s longest escalators, I go with my bulky, “safe if run over by a car” case. Then there is everyday wear, when I am more likely to drop it than at a business meeting but not likely to drop it multiple stories. For just my everyday klutziness I often rely on the Ballistic Jacket Maxx phone case for the iPhone 4s.

Description:
In addition to HexTec Six-Sided Drop Protection Technology, Tough Jacket Maxx is equipped with a replaceable screen protector and 7ft. of high impact drop protection. Be bold, be tough, live your life to the Maxx. 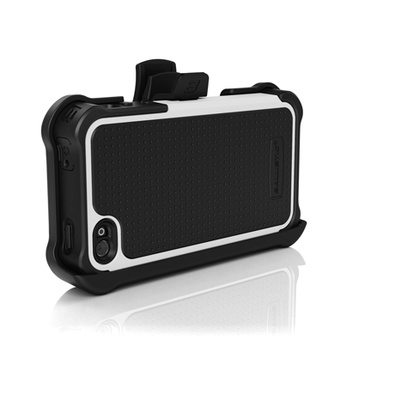 Hands On:
I became familiar with Ballistic a year ago at CES 2013 when I was walking around with a decent, but ugly as hell, case and one of the Ballistic sales reps winced when they saw it. It was quality, but at the expense of visual appeal. They offered me a trade-in deal they were doing and said that they would even sweeten the deal and go up one grade in quality of their giveaway since the case I had had a higher price tag. I thought that was probably hype, you hear a lot of it at trade shows but I liked the look of the new case so much better and it looked as solid as my last one so I thought I would give it a shot. Little did I know it would become a regular in my case rotations, something I considered as seriously as shoes when planning my next trip (anyone who ever wore the wrong foot gear to a theme park or convention can attest to that).

I’ll admit in the first week I managed to kill the two hip clips on the only two phones that had them but three of my cases soon proved themselves to be solid and reliable and rotated between to try to make them last as long as I could. The Ballistic Tough Jacket Maxx became my most used (even though I didn’t know it’s proper name at the time) servicing as a solid survivor with a fairly low profile. If I found myself on sudden business it didn’t look like I brought it in from a construction site yet if I fumbled it down a short flight of stairs it would survive. 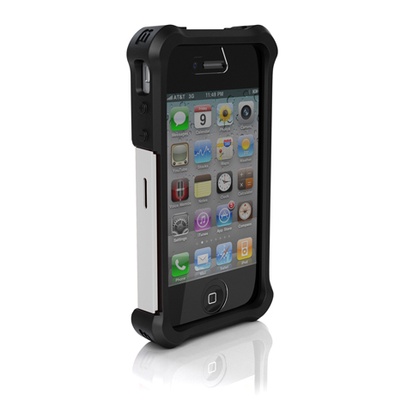 When I went back to Ballistic this year I found out the details I didn’t know last year. Ballistic tests it’s phone cases at 6 feet instead of the military drop minimum and the Tough Jacket Maxx is actually tested at 7 feet. I did a toss test where I tossed it up in the air in my living room and let it land, it bounced off of a couple things then bounced on the ground a bit before settling. The rubber corners act almost like a Kong ball, it deflects the energy away from the phone, causing it to cartwheel and bounce wildly. This was the first on purpose test dropping I had done with the phone, over the last year it has fallen in a lot of locations and never damaged the case or the phone inside. All my favorite cases have rubber interiors with harder exteriors for shock absorbency because that is the combo I have found works best.

The only complaint I had was the screen protector requires a bit more pressure to make it work and then sometimes can be a little unresponsive. Doing everyday things this wasn’t really a problem but I did sometimes take the protector off when gaming since I need absolute responsiveness then. 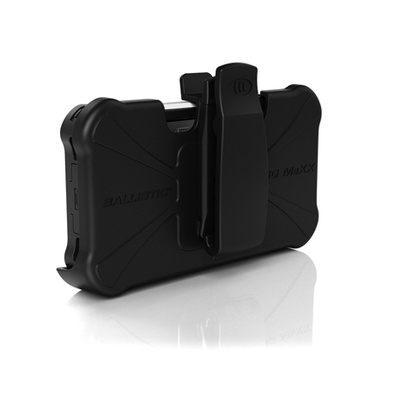 Last Call:
The Ballistic Tough Jacket Maxx Phone Case will take what every day life throws at you and your phone and keep your phone safe. It’s design isn’t as bulky as many protective phone cases but provides protection a level far higher that a normal case. I liked the case before I even knew what model it was.